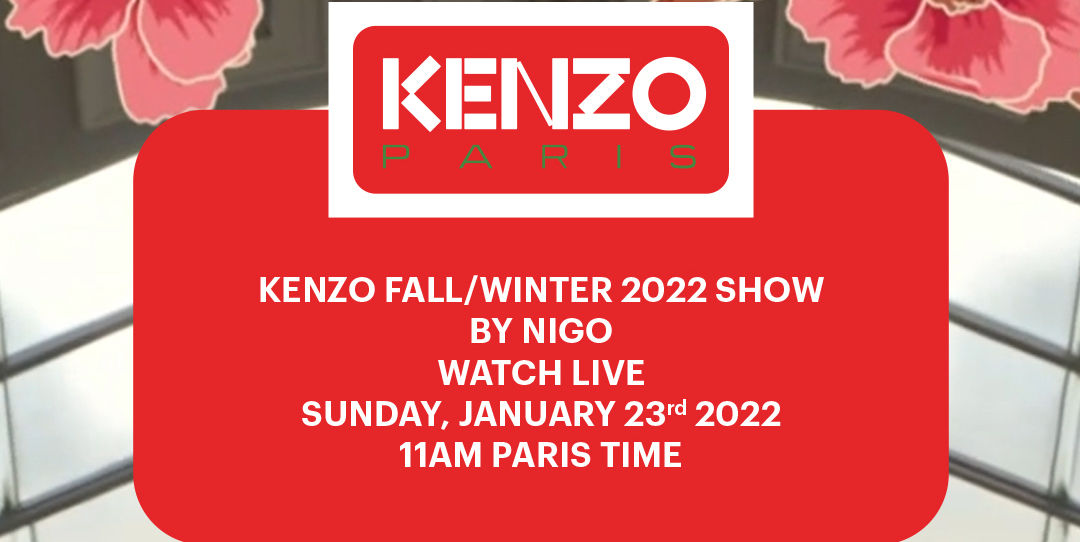 Kenzo Takada was one of the most prominent designers Japan would ever see, and his passing last year left an indelible hole in the Japanese design community and streetwear culture.

As the first Japanese designer that people paid attention to in the Paris fashion scene, he did plenty to open the door for his fellow designers to also stake their claim in the Western fashion world. Nigo was no doubt one of the many whom he helped paved the way for, and this weekend, all eyes would be on the BAPE founder and streetwear maven as he takes on the brand and storied legacy.

Nigo’s first co-ed collection for FW 2022 will take to the runway at Paris Fashion Week this Sunday, 23 January at 6pm SGT, on the last day of men’s fashion week in Paris. Its venue, at Galerie Vivienne, is just as symbolic; the ancient covered passage was where Takada opened his very first boutique in 1970 and staged his very first show in Paris. Of course, it wasn’t called Kenzo back then; it was named Jungle Jap — a blend of two things he loved most: the jungle and Japan.

In an interview with WWD, Nigo revealed that nods to the 1980s can be expected, although this entails more than simply going through the archives. The Human Made designer has, after all, amassed a massive personal collection of vintage Kenzo over the years. You can also expect streetwear — in some form and way — to be a part of the new Kenzo aesthetic, with an even bigger focus of making the brand “fun and exciting” again.

The question now is whether he’ll manage to fill the shoes left by Takada. Tune in to the livestream below (23 January, 6pm SGT) to see Nigo’s first collection for Kenzo at Paris Fashion Week 2022 just as it hits the runway.

Fashion Style Kenzo Paris Fashion Week fw22 NIGO
Shatricia Nair
Managing Editor
Shatricia Nair is a motoring, watches, and wellness writer who is perpetually knee-deep in the world of V8s, tourbillons, and the latest fitness trends. She is fuelled by peanut butter and three cups of coffee a day.
Motoring Wellness Watches Beauty Style
Sign up for our newsletters to have the latest stories delivered straight to your inbox every week.