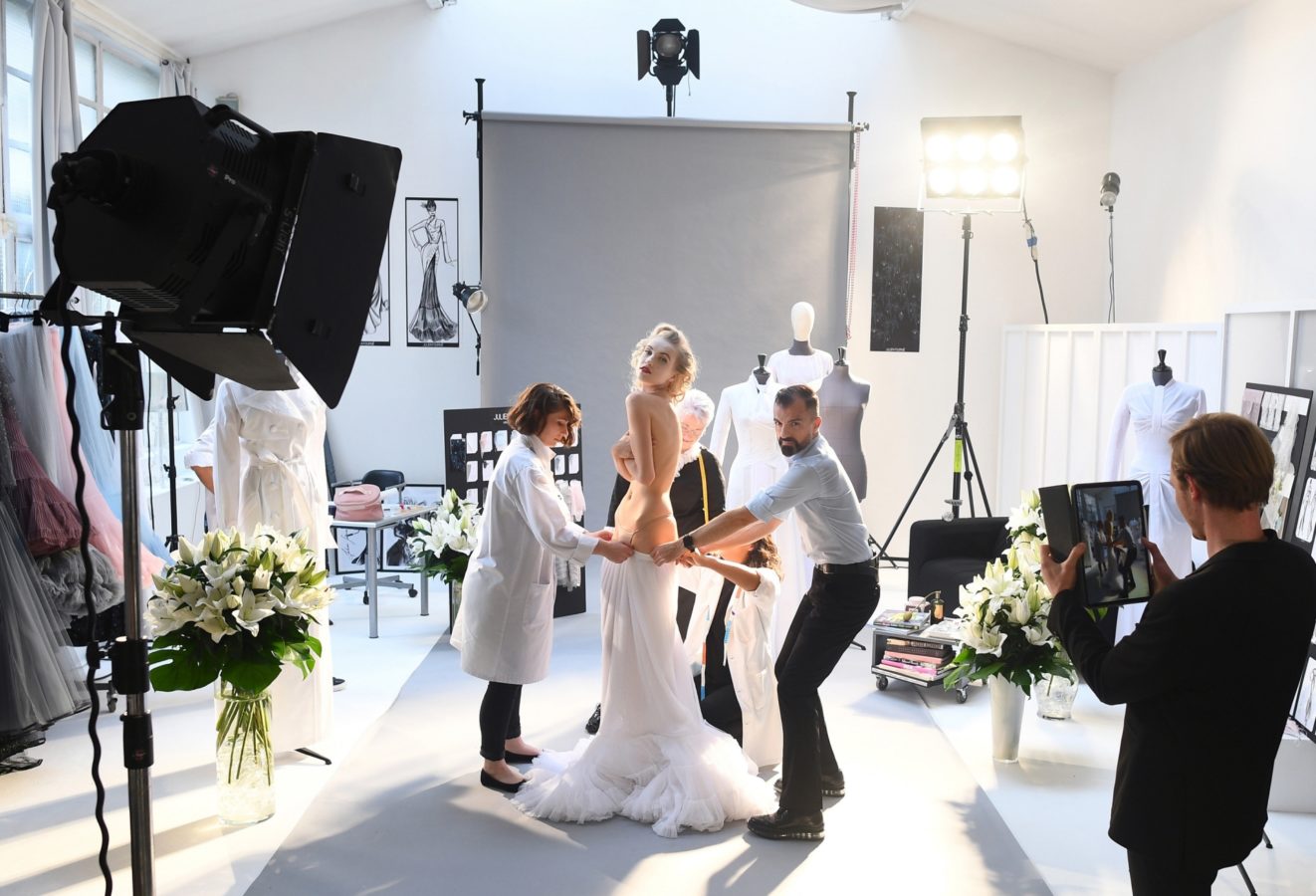 One very select group of fashionistas were not crying into their cocktails when the Paris fashion shows were cancelled because of the coronavirus.

The tiny group of super rich women who buy the ruinously expensive handmade creations that adorn the runways of Paris haute couture week knew that meant their favourite designers would have to come to them.

“I thought they would be upset,” said the French courtier Julien Fournie told as he prepared looks for his film for the French capital’s first virtual fashion week, which starts Monday.

“But it was quite the opposite,” he added.

Haute couture’s made-to-measure creations — which are only shown in Paris — can cost the price of a luxury sports car.

With no glitzy shows to go to this time, the jetset queens that usually patronise them expect their own personalised presentations in their palaces and penthouses.

Fournie, who trained as a doctor before turning his passion and considerable anatomical know-how to couture, said he was used to flying to the Middle East and Asia with the head of his studio, Mademoiselle Jacqueline, for fittings and adjustments.

The difference between couture creations and those you buy off the rail is between night and day, he insisted.

“While you have to get into ready-to-wear clothes” — adapting your body to the norm — “in haute couture, the clothes are made to wrap you,” the designer said.

And Fournie only makes one-off pieces to ensure the exclusivity that his very well-heeled clients crave.

“Once a client from a royal family cancelled an order after seeing a similar creation worn by Lady Gaga,” said the house’s director, Jean-Paul Cauvin.

“For them, exclusively is everything, and they don’t want that tainted by fame or vulgarity.”

For that reason, Fournie tends to avoid lending his dresses out to stars for red carpet events, except when the singer or actress has a style that really chimes with the “DNA of the house”.

Fournie’s film for his virtual Paris show on Tuesday is more of a teaser than a classic run through the collection.

“We are not showing too much,” Cauvin said, to avoid any unseemly competition that might sometimes arise after shows when “clients really set their heart on a particular look and want to put an option on it” before anyone else does.

This time, without a formal show, it will be more about pampering the client, Cauvin added. “The couturier will have dresses in mind just for them.”

Fournie is known for designing for “real women” with “breasts and hips and not for gamines” or the androgynous clothes-hanger models that often dominate the catwalks.

“We don’t create fashion, we create personalities,” he said as he put the finishing touches to his “Storm dress”, a silk gown entirely embroidered with goose feathers.

“Whoever wears this after the coronavirus will be like an angel returning to Earth,” Fournie declared.

“I want to help my clients fulfil their destiny, support them, and help them take flight,” he added with a flourish.

How to wear red for National Day like Kendall Jenner, Bella Hadid and more