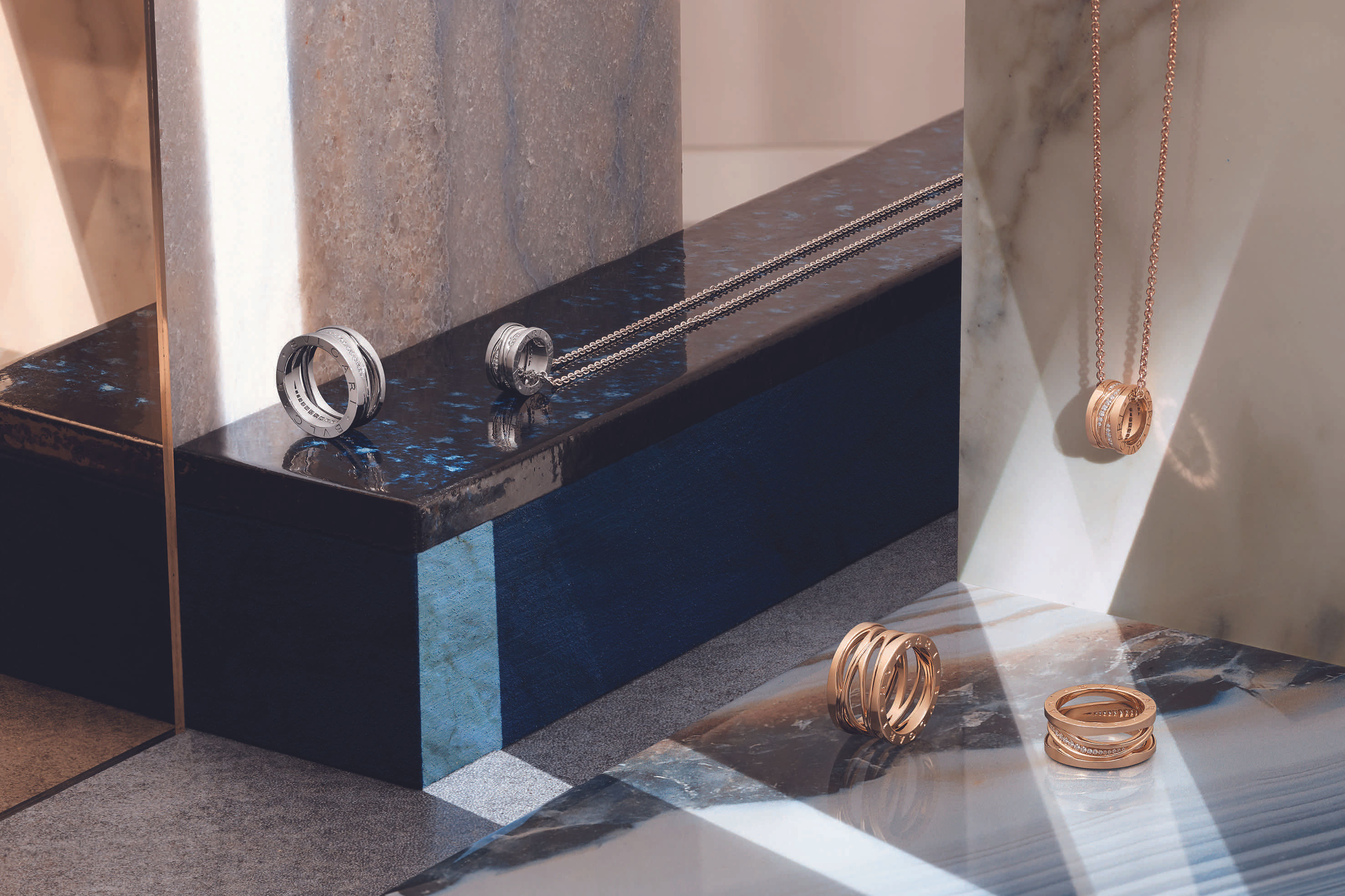 From its iconic snake-themed Serpenti collection to its unabashedly glamorous (and aptly named) Divas’ Dream jewels, Bulgari has always had a penchant for the bold and flamboyant. Many of its designs have prevailed through decades, and still remain popular today: Take the Serpenti range, which was first created in the 1940s, and has gone through multiple reinterpretations over the years. Another timeless design in Bulgari’s treasure trove is its B.zero1 ring, which was released in 1999. It featured a wide central band surrounded by two flat rings embellished with the brand’s logo, and was a chunky, sculptural work of art reminiscent of Rome’s Colosseum.

The B.zero1 ring has undergone several updates since then, with the addition of different silhouettes and materials. In 2010, for instance, the ring was covered in a shiny, mirror-like finish by sculptor Anish Kapoor. Early last year, it was unveiled with curvilinear, wave-like lines — the brainchild of the late architect Zaha Hadid, whom Bulgari had tapped on for creative inspiration. The ring’s design has also been extended to other forms of jewellery such as earrings and pendants.

Style
On the rocks: These Bulgari Serpenti Viper rings will slither their way into your heart

Ever one for innovation, Bulgari has once again introduced a new iteration of its iconic line: The B.zero1 Labyrinth collection, which comprises rings and pendant necklaces. Its latest rings feature alternating bands of white and rose gold — with a different type of gold on the top and bottom — and are also available with pavé diamonds.

In conjunction with the B.zero1 Labyrinth launch, Bulgari has also appointed It-girl Bella Hadid as the face of its “Women Rule” campaign for 2018. “Charismatic and powerfully beautiful just like her favourite ring, Bella Hadid defines herself through her natural unconventionality,” said the brand. We couldn’t agree more.

For the campaign, Hadid poses in a series of photos while wearing a range of B.zero1 jewels. Rings and bracelets are stacked on her fingers and wrists for a strong, statement-making look, while the B.zero1 Labyrinth necklace elegantly contrasts with her black dress.

“B.zero1 represents my powerful side, the one that proclaims difference in the face of conformity,” said Hadid, who was last seen fronting Bulgari’s Goldea The Roman Night fragrance.

Jewellery Bulgari Bulgari Jewellery B.Zero1 Bella Hadid jewelry B.Zero1 campaign Bulgari B.Zero1 Bulgari Bella Hadid
Sara Yap
Deputy Director, Digital Operations (Asia)
Sara Yap is the Deputy Director of Digital Operations at BurdaLuxury, and a contributing writer to Lifestyle Asia’s dining and jewellery beats. When she’s not on the lookout for exciting new restaurants or bejewelled trinkets, she’s probably buried in a riveting read, or reminiscing the good ol’ days with her favourite playlist of ’90s boyband hits.
Dining Pass the Salt Jewellery On The Rocks
Sign up for our newsletters to have the latest stories delivered straight to your inbox every week.