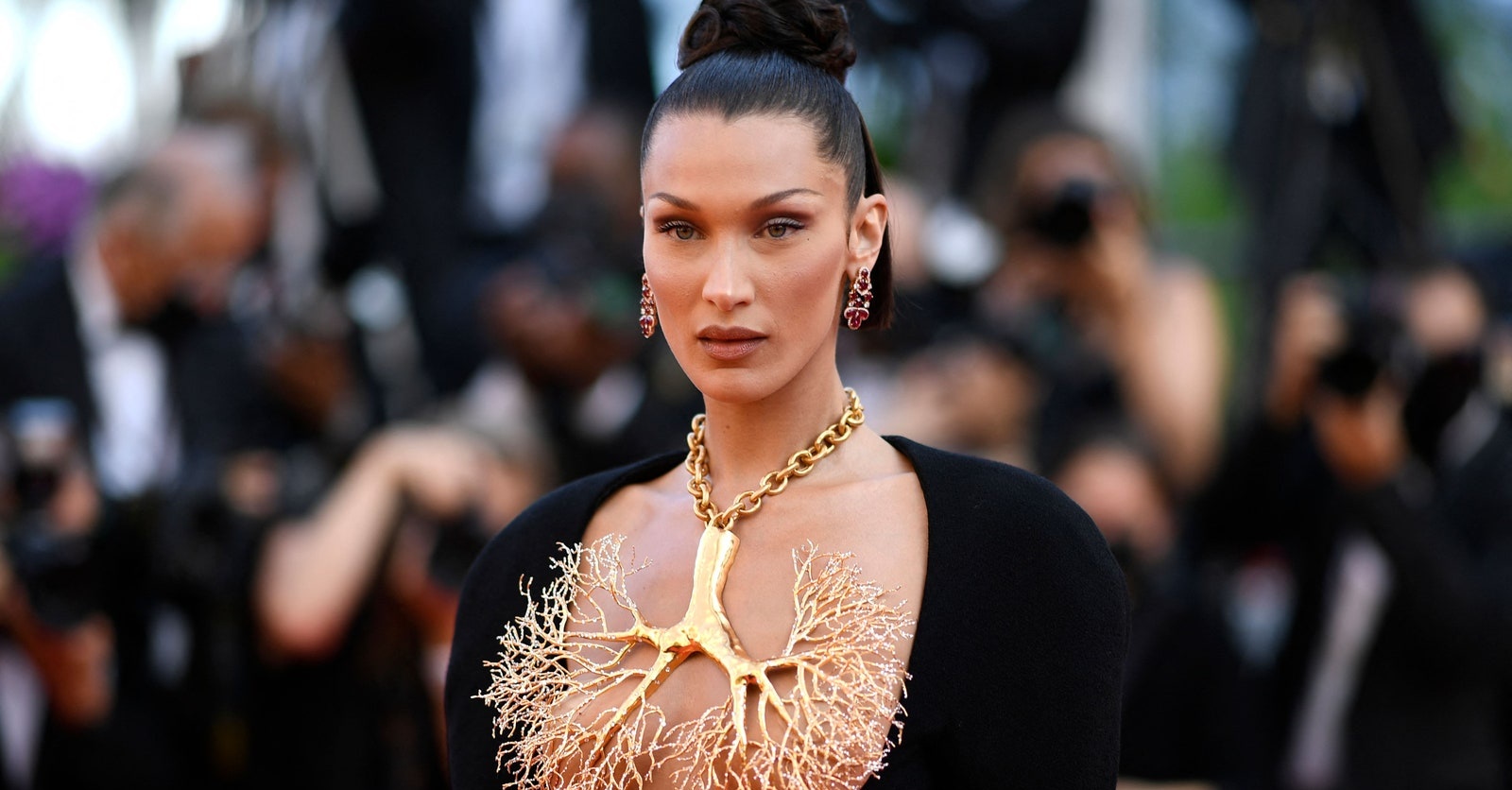 The Cannes Film Festival 2021 is in full swing, and Bella Hadid continues to conquer the red carpet.

On Sunday, the 24-year-old supermodel arrived to the French Riviera wearing a head-to-toe look from Maison Schiaparelli, comprising a figure-hugging black crepe gown with padded shoulders and a plunging scoop neckline.

The highlight, though, was the necklace that Hadid wore over her bosom: a gilded brass breastplate that is sculpted to resemble bronchi in a pair of lungs. It’s one of many surreal pieces from Schiaparelli’s Fall/Winter 2021 haute couture collection, which was only recently unveiled at Paris Couture Week.

You may also like…
Style
Marvel at these stunning ruby jewels from the new high jewellery collections
Culture
Who are the five women jury members at Cannes Film Festival 2021?

So, why lungs? In an interview with British Vogue, Schiaparelli designer Daniel Roseberry said, “I was thinking about our emergence from this time of Covid, and wanting to pay tribute to the idea of breathing, crystalising the lungs to make them eternal. We spend so much time thinking about and obsessing over these parts of our bodies that we cannot see, and the lungs are a way of almost capturing that relationship that we have with our own breathing.”

As big of a statement as it was, Hadid’s avant-garde necklace wasn’t the only jewellery she wore. She also had on a pair of drop earrings encrusted with rubies — a timely choice, given that the red gem is the birthstone of July.

Officially, the purpose of the annual Cannes Film Festival is to celebrate cinema. But the prestigious French festival, which runs from 6 to 17 July, also sees its share of stunning red carpet looks and breathtaking jewellery moments, Bella’s included. Below, we take a look at more of the best jewels to grace the 74th edition of the festival so far.

French actress Mélanie Laurent arrived to the opening ceremony of the festival in Cartier jewels — specifically the colourful Tutti Frutti earrings from the French jeweller’s latest high jewellery collection. What makes them stand out are their liberal use of gems, including sapphires, emeralds, rubies and diamonds.

Anne Bolelyn star Jodie Turner-Smith looked every bit as regal as the queen she played when she arrived in pieces from Gucci’s Hortus Deliciarum high jewellery collection. The British actress was decked out in a necklace, bracelet and earrings adorned with yellow beryls and diamonds, with each piece evoking the wonders of nature.

It wasn’t only women who held the spotlight at the Cannes Film Festival. French actor Nicolas Maury made the case that men can pull off beautiful jewellery just as well with the Boucheron accessories he paired with his suit. On his lapel, he wore a brooch featuring a fish entwined with a 71.69-carat oval Ethiopian cabochon white opal. Just as graceful was the matching rose gold ear pendant, set with opals and diamonds with lacquer.

From her nails to her lipstick, Jessica Chastain’s style choices brought out the beauty of her red mane. But none more so than the Chopard high jewellery necklace that the actress wore, featuring 112.52 carats of oval rubies and 13.57 carats of diamonds. The impressive piece was even matched with an 18-karat white gold ring that boasted a 7.05-carat heart-shaped ruby in its centre.