Home > Style > Jewellery > Everything you need to know about opals, the individualist’s gemstone 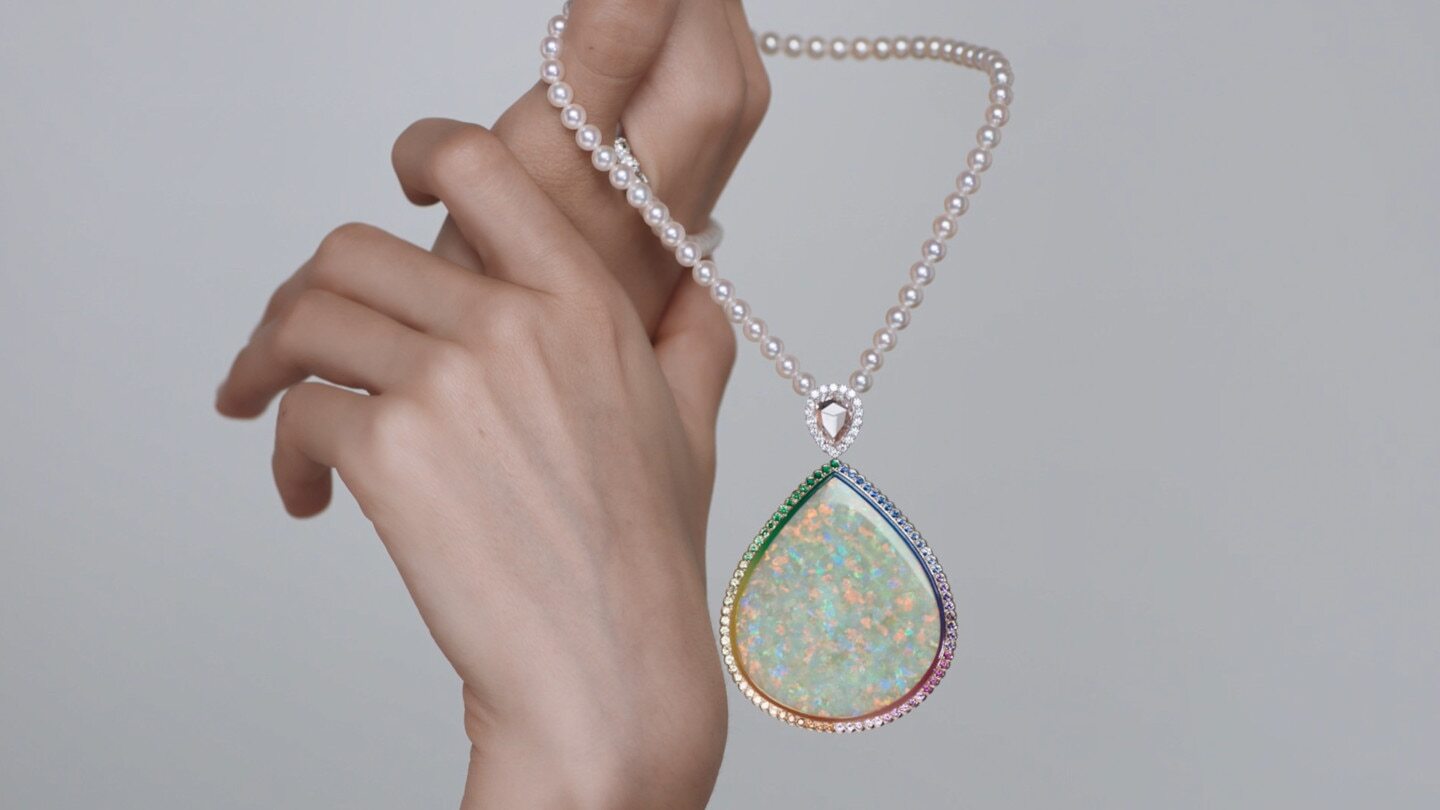 Everything you need to know about opals, the individualist’s gemstone

Style
Everything you need to know about opals, the individualist’s gemstone
Share this article
Next article

Rubies are red, diamonds have no hue — but what about opals?

“In them you shall see the living fire of ruby, the glorious purple of the amethyst, the sea-green of the emerald, all glittering together in an incredible mixture of light,” wrote the ancient Roman philosopher Pliny the Elder. His words perfectly capture the magic of opals, one of the most unpredictable gems in the world.

You might also like…
Style
Tiffany & Co.’s new personal shopping service brings diamonds to your doorstep
Style
Marvel at the new high jewellery collections from Cartier, Bulgari and more

That magic has fascinated us for centuries. The Romans christened the opal as “Cupid stone”, associating it with hope and purity. The early Greeks, meanwhile, believed that opals held the power of prophecy. Arabian folklore would tell you that the gems came from lightning, while Aboriginal Australians say they sprung from the point where rainbows touched the earth.

The mythology of opals is clearly as colourful as the stones themselves, but just as worth discovering is their gemmology. Below, we explain the origin and originality of opals.

Diamonds, sapphires, rubies, amethysts and countless other gemstones are known as minerals. They have a fixed chemical composition, allowing them to form crystals. Opals, on the other hand, are mineraloids. Their composition of water and silica isn’t strictly defined — hence their amorphous forms.

Here’s another anomaly: opals don’t sparkle or glitter. Instead, their appeal lies in a phenomenon known as “play-of-colour”. As light passes through the tiny spheres of silica in an opal, it is split into a spectrum of colours. (This prismatic effect only occurs in rare, precious opals, though. Common opals are marked by their milky, cloudy appearance instead.)

In other words, the precious opal is truly the individualist’s gemstone. No two are the same, and a single one can look different depending on the angle.

The formation of opals gets off to a rocky start. They occur naturally when water and silica, having seeped into cracks of the earth and the crevices of rocks, are solidified. Sometimes, the iridescent gems are even found in wood, shell and bone.

All this talk of rocks should call to mind Australia. The dry continent indeed has a lot more to offer than coffee, kangaroos and Chris Hemsworth; it’s also home to the world’s biggest opal fields. Since the late 1800s, Australia has established itself as the go-to producer of high quality opals — especially the rarest one of them all, the black opal.

While most gemstones are prized for their brilliance, the black opal is precious precisely because it’s dark. It provides the perfect contrast to bring out the opal’s magical play-of-colour, in the same way that the galaxy makes the best backdrop for nebulae.

These cosmic stones are mined in Lightning Ridge, a tiny outback town in New South Wales. They come in various tones graded by black opal colour guides, with N1 being the darkest (thus the most valuable) and Hi being the lightest.

Australia is also home to the world’s only boulder opals, which are mined in Queensland. These form in veins in ironstone boulders, and are often cut with the host rock attached. As the gem material is intimately intertwined throughout a rock, they’re considered as type of matrix opal. It also makes boulder opals much more durable than black opals, while resembling them in their darkness. Little wonder that they’re second on the list of precious opals.

The rest of that list — think white opal and fire opal — can be found in other parts of Australia, such as Coober Pedy (dubbed the “opal capital of the world”), Mintabie, Andamooka, Yowah, Koroit, Jundah and Quilpie.

A future in Ethiopia?

Although 95 per cent of opals have been mined down under, the kaleidoscopic gemstones are also produced elsewhere. Fire opals, ranging in colours like yellow, orange and red, are a vivid variety native to Mexico.

Honduras, located in the heart of Central America, also has its own black opal, which is really a type of matrix opal that forms in the fissures of volcanic black basalt. Unlike the ones from Australia, however, the Honduran matrix opals have a high water content. This makes them prone to crazing — when an opal loses moisture from its structure and cracks — especially in dry or hot conditions.

But Ethiopia shows the most promise. Its welo opals, discovered in the Wollo Province in 2008, boast a light backdrop and a lively play-of-colour. Most remarkably, these opals are hydrophane, meaning that they are porous enough to absorb water — hence their translucent or transparent appearance.

As far as opals are concerned, Ethiopia’s offerings are still new; there isn’t an industry-accepted way of grading them yet. Still, the East African country might soon see a growing market for their opals, especially now that high quality black opals have become even rarer to find in Australia.

Because they lack a crystal structure, opals are considerably soft compared to other gemstones. They score between 5 and 7 on the Mohs scale of hardness. That also means that they can’t be faceted like a diamond or a sapphire. Instead, they’re often presented as domed cabochons, or in rough forms, in the case of matrix opals.

As mentioned above, the water in the stones also makes them sensitive to temperature changes, giving them a tendency to crack and craze. To keep them from dying out, it’s best to store your opals in a box with a glass of water, as suggested by Victoire de Castellane, the creative director of Dior Joaillerie.

She’s one of many jewellery designers that have incorporated the opal, with all of its fragility and unpredictability, into her creations. In recent years, Chopard, Cartier and Gucci have likewise celebrated the opal in their jewellery pieces. And with its shapeshifting nature, the opal will certainly continue to mesmerise the jewellery world.

birthstone opals
Pameyla Cambe
Senior Writer
Pameyla Cambe is a fashion and jewellery writer who believes that style and substance shouldn't be mutually exclusive. She makes sense of the world through Gothic novels, horror films and music. Lots of music.
Fashion Style Jewellery