So you’ve inherited a ring that’s been in the family for generations. It’s vintage, it’s valuable, it’s meaningful.

It’s also very old-fashioned. As much as your appreciate the thought, you wouldn’t want to be caught wearing it on any occasion. But that doesn’t mean you should leave your piece in the jewellery box and never let it see the light of day — or worse, sell it for cheap.

Instead, consider creating a new image while still holding onto sentimentality. Rejuvenating old jewellery is quite like making your own bespoke jewellery pieces. This time, you can re-use materials again though it is as straightforward as it sounds.

Say, gems can be removed from their original settings and re-purposed in different ways and styles. A quick wash can bring the stones back to their sparkly state. Still, there are some risks to be aware of. Settings such as hammered-in bezels, can make the removal difficult and forcing it may break the stone.

“Sometimes, the stones may be chipped or even broken because of wear and tear,” says Vinod More, designer-owner of The Jewel Box. There’s not much that can be done about a cleaved stone, but a small scratch can do with some surface polishing or a more significant re-cutting of the one — to be undertaken only if one is willing to accept a smaller carat at the end of the day.

The same, however, can be said for the precious metals that constitute the structure of the older piece. A common misconception is that the gold can simply be smelt down and used again.

“We don’t work with old metal as it is,” More adds. “We wouldn’t know the exact composition and stability of the metal and it may be an issue if we re-work it as well.” While there are hallmarks to indicate the type of gold used, the other metal alloy included in it is not known. Instead, the metal is sent to a refinery to extract pure gold or silver and then reworked.

All these will take weeks — time that you will need to think about how you would like to design your piece. Here are works from two local jewellery design studios to consider as you get your creative juices running. 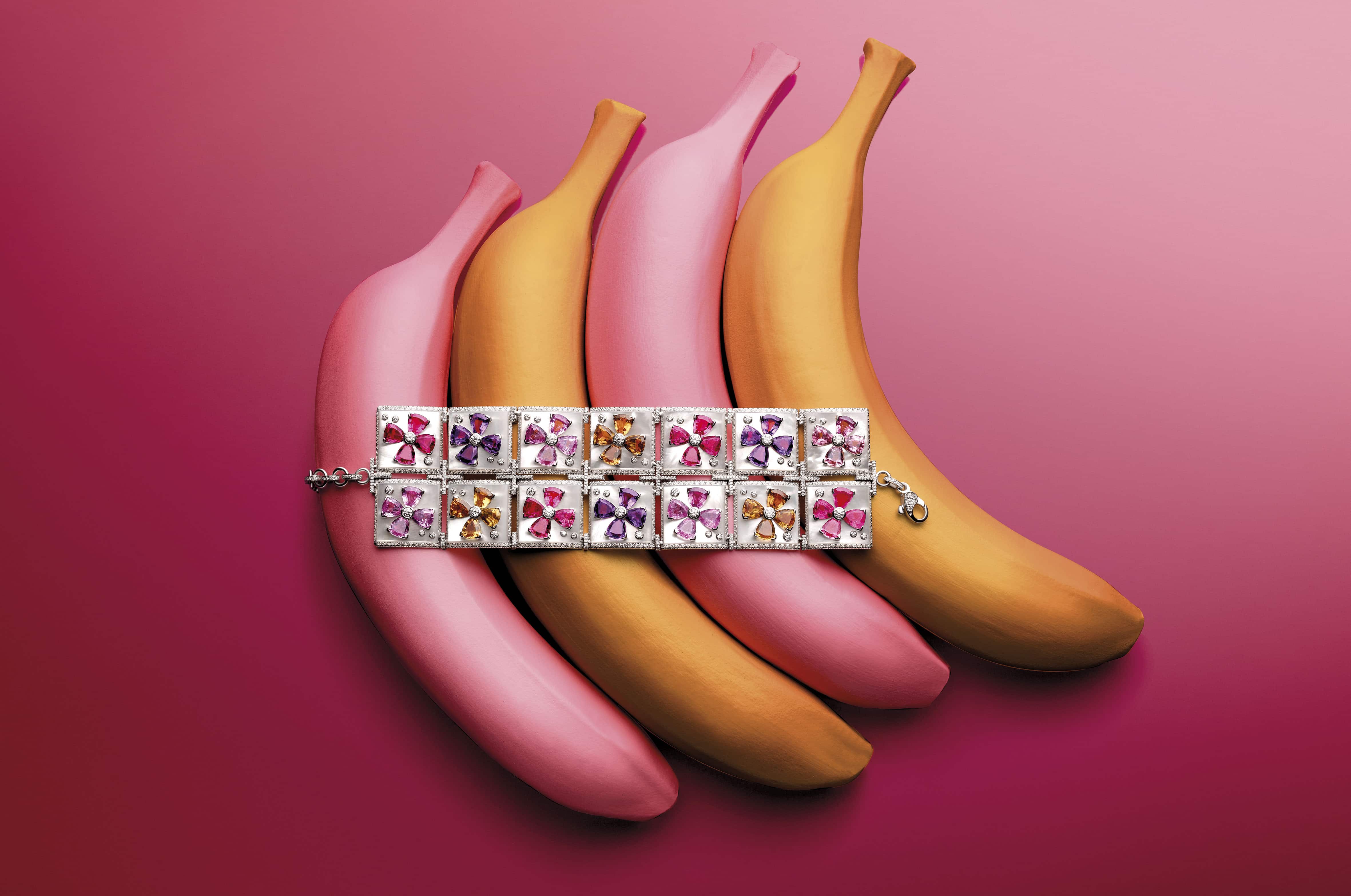 When Nicole Oh, founder and designer of Noxy Jewellery, was commissioned to redesign two of her client’s old rings, she realised that the ruby and sapphires were not only the same size but also could pair well together. Instead of making two separate pieces, Oh made both gems centrepieces in this elegant bypass ring, made more stunning with a halo of smaller diamonds. It’s also a very symbolic piece, as both gems (and old rings) represented different points of the client’s life.

In another instance, a client approached Oh with a gold bracelet made in 1995 set with six jade teardrop cabochons. In this redesign, Oh continues with a bracelet format. Only this time, white gold is used for the chain to create a more modern look. Oh also plays around with the arrangement of the cabochons and dresses them with marquise and small round diamonds.

When redesigning heirlooms, local jewellery studio More Than Diamonds tries to preserve aspects of the original design. The original ring (left) could not be worn in its current condition, though the opal setting and surrounding diamonds were still “too pretty not to keep” according to designers Chris Lim and Sara Ooi. Instead, the design was removed from the shank and its backing rebuilt so that it can accommodate a necklace chain and be worn as a pendant.

A new home for an emerald

In this more straight-forward transformation, Lim and Ooi repurposed the emerald stone from an old ring which was a gift from the client’s grandmother. Separately, a more modern ring was made to house the emerald in its centre. The piece, an engagement ring, also has channel set diamonds on the band, taken from another old ring from the client.

The lucky stones for 2023, based on your Chinese zodiac animal

These are 12 of the most expensive diamonds in the world