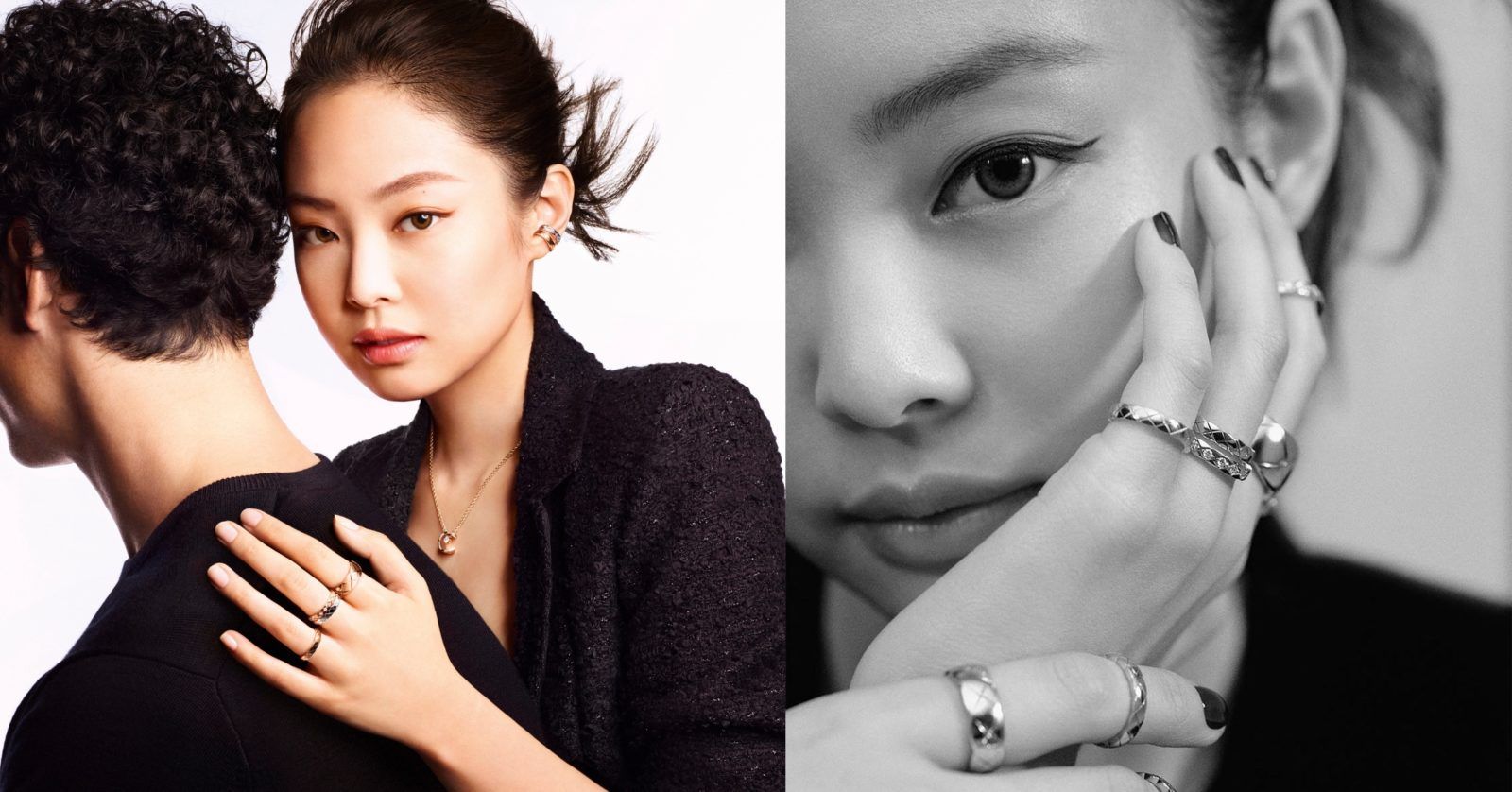 Jennie, known to Blackpink fans as “human Chanel”, has made her debut as the face of the Chanel Coco Crush fine jewellery collection.

In a teaser image released by the French luxury brand, the K-Pop star is seen flaunting the new earrings, rings and necklaces from the Coco Crush line. It marks the second time that she has modelled for the fashion brand; in September, she starred in its Coco Neige skiwear campaign.

Fronting the Coco Crush campaign was only the next natural step for Jennie, who is frequently spotted wearing pieces from the fine jewellery line. Launched in 2015, the collection is defined by its signature matelassé pattern. The jewellery pieces feature alternate criss-cross incisions that are made to resemble the quilted leather façade of the iconic Chanel 2.55 handbag.

Jennie’s favourite accessories are the rings, crafted in either white gold or Chanel’s unique beige gold, as well as the earrings. She’ll soon be adding another item to that list: a necklace with a diamond-embellished ‘C’ pendant.

The jewellery design is one of three new styles unveiled in the Coco Crush 2022 collection, the other two being hoop earrings and a diamond ring. The latter, available in white gold, is embellished with diamonds in a “snow setting”; Chanel used glittering gems in different sizes and positioned them randomly along the band to recreate the effect of light shining on snow.

We’ll get to see even more of the new pieces when the full Coco Crush campaign starring Jennie is released next January, along with the collection. For now, take a closer look at the pieces below.