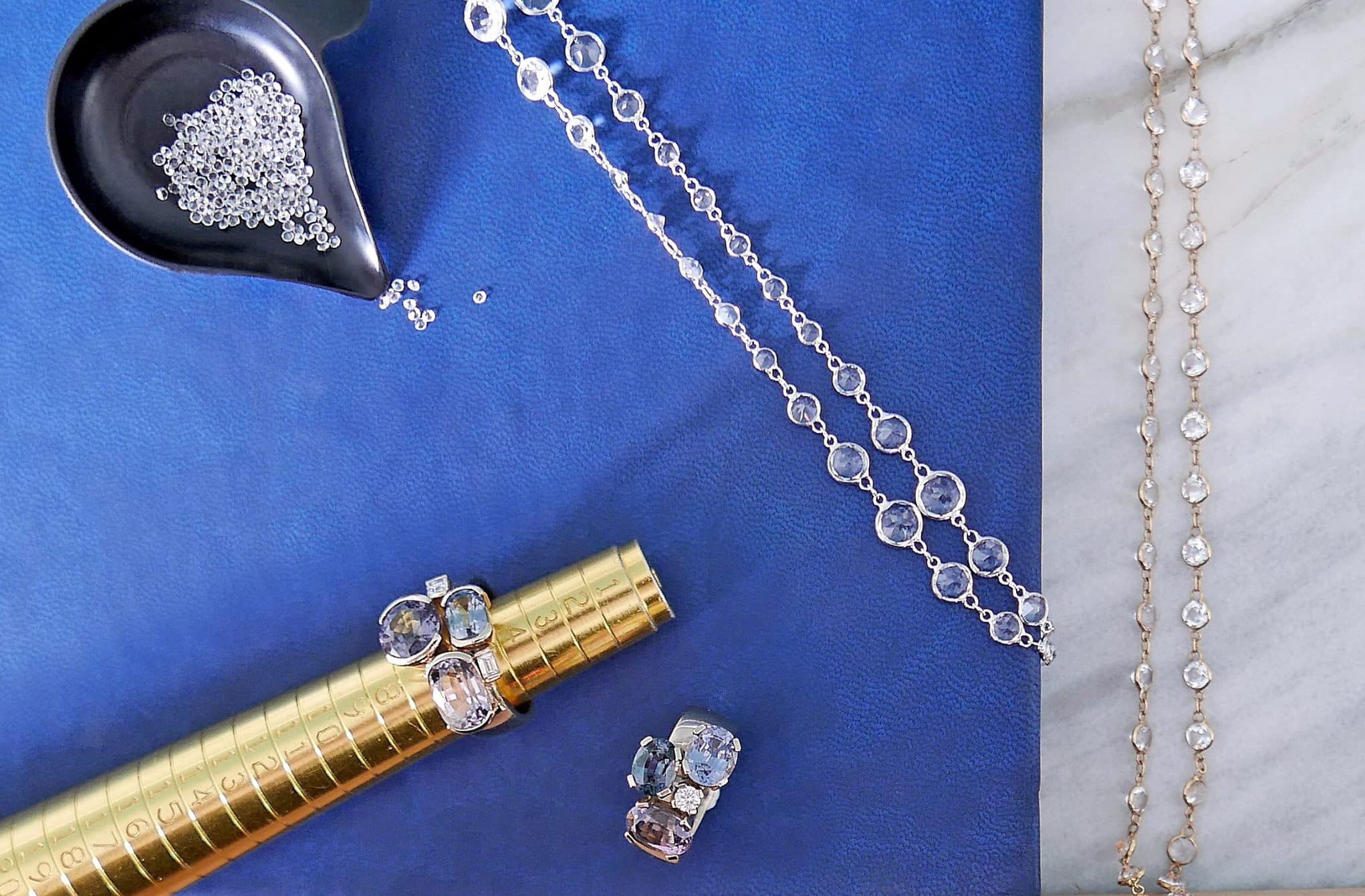 Reel life and real life did a rare cross over with Crazy Rich Asians, for besides its lavish sets, one more aspect of the film stood out: its epic jewellery. Think the many necklaces and earrings dripping in diamonds as well as Michelle Yeoh’s now-famous emerald and diamond ring.

On the red carpet, actresses Constance Lau and Amy Cheng, donned pieces by couture jeweller La Putri. Indeed, in its 45 years, La Putri has created and fitted exquisite creations for both celebrities and the real crazy rich Asians. The brand’s beginnings, in contrast, are much humbler. La Putri was founded by Madam Wan Ming Chin as a home business. Her designs caught the fancy of many Malaysian socialites and since then has quickly expanded to include more fine jewellery collections.

Today, La Putri is managed by her daughters and creative directors, Ms Goh Shuet Li and Ms Goh Ying Li. The sisters have since expanded the brand to Singapore with a boutique in 2000. Nearly two decades after, they have introduced their modern take on Asian design and set La Putri on route to Hollywood fame. We managed to take some time with Ying Li, one half of the power duo, to share with us her experience dressing up actresses, the challenges in making bespoke pieces and her love for spinels.

What was it like dressing up Constance Lau and Amy Cheng for the Crazy Rich Asians’ Los Angeles premiere? What were they wearing? 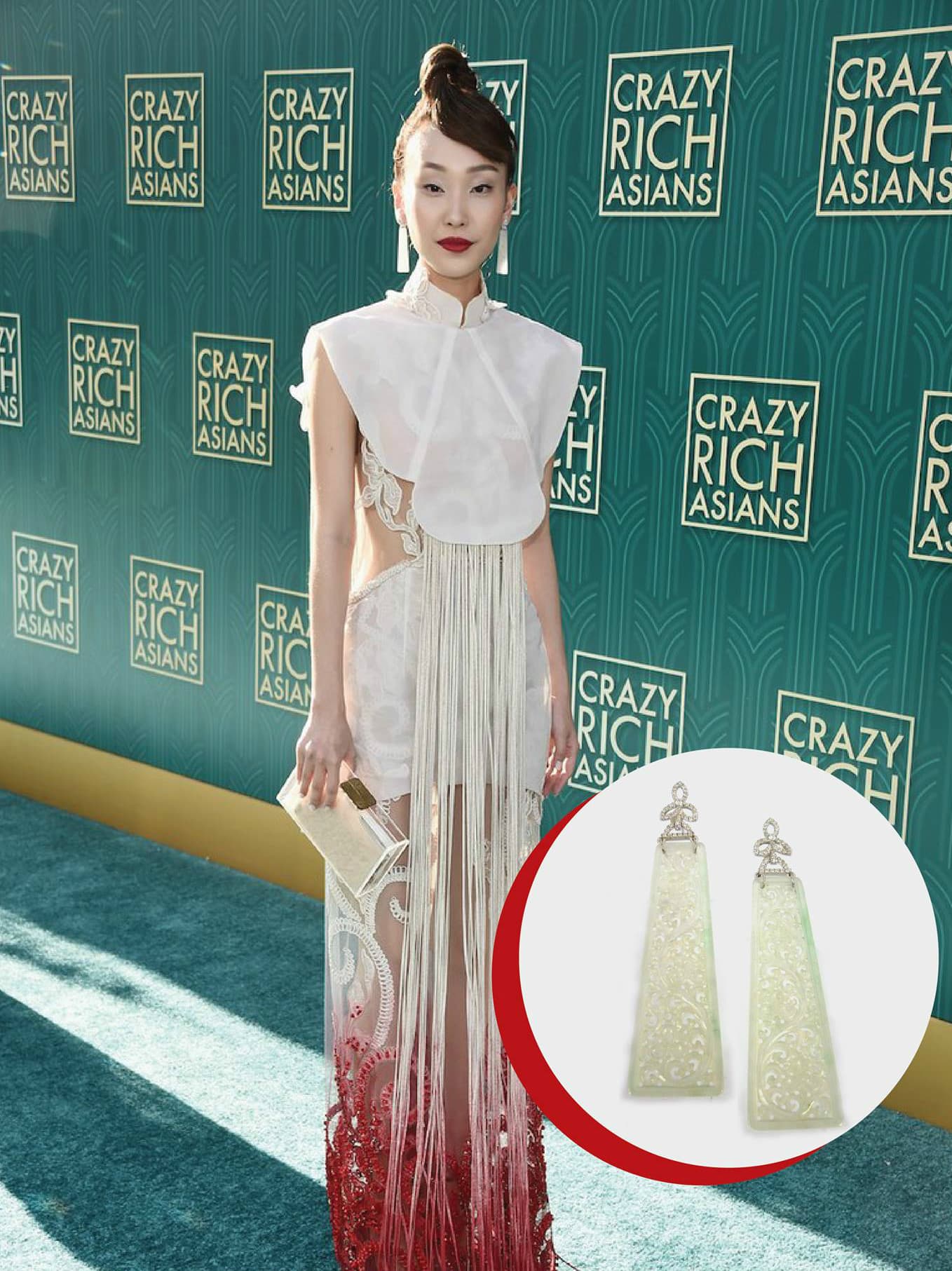 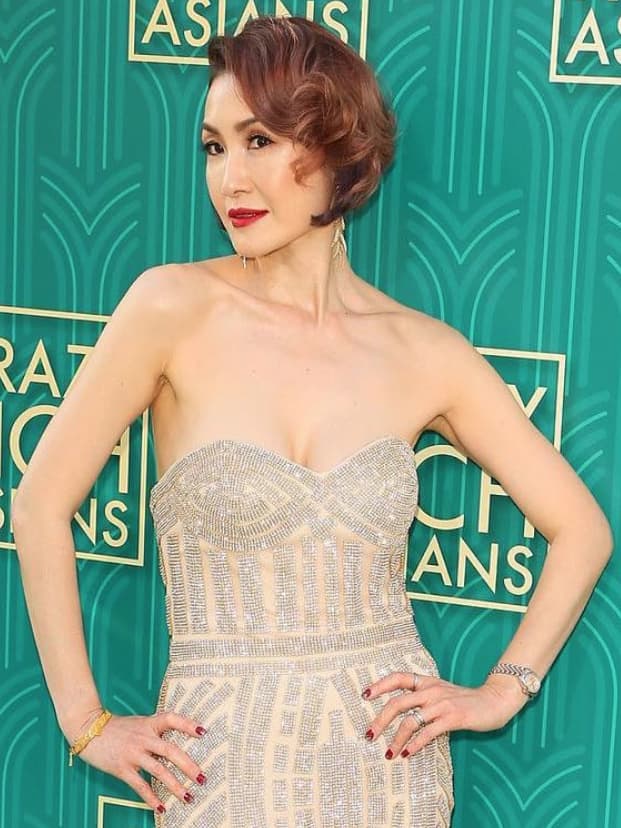 With Constance, it was a no-brainer. She was clear from the beginning that she wanted to bring Asia to the Hollywood red carpet and showcase local designers. When she showed me a picture of the selected gown, a striking white and red cheongsam-inspired piece, I knew what to propose for her immediately — a dramatic pair of geometrically-shaped carved white jadeite earrings that are also enhanced with diamonds. It was the perfect match and Vanity Fair spotted it out as well!

It was just as easy with Amy. With her fine features, she beautifully carried off a pair of aquamarine cabochons with sapphire trellis details. Fine jewellery, like a dress, sometimes may not have hanger appeal but when worn by the right person, it shines!

Has anyone requested reproductions of designer creations, costume jewellery or pieces they’ve seen on celebrities and royals?

Yes, we have had clients that like their costume jewellery so much that they want it in real gems and gold, or have been inspired by some design they saw on someone else or in a magazine. Rather than replicating the piece, I would often suggest some changes that may be better suited to the gems being used, or perhaps to the personality of the client. Subtle changes in the design can make that bit of difference that resonates with you.

If you are considering commissioning a piece of custom made jewellery, it would be best to begin the process at least three months in advance. I would meet with the client to understand what they like and explore design concepts or elements. They might want to express a personal story in their jewellery.

Once we decided on the look and an approximate budget, we would do hand-drawn or digital drafts. Once the design is finalised, we start fabricating the piece which takes six to eight weeks or longer for complicated pieces. The craftsmen at work and the designer collaborate during their period to ensure the final piece reflects the desired design.

Say someone wants to make a piece that will last as a family heirloom. They have absolutely no idea where to start, though. How would you advise them?

I would usually start by trying to understand the client’s tastes, preferences, lifestyle, how they would wear the piece of jewellery, and if it is intended to be passed down, is there a specific person in mind. If you are looking for an heirloom piece with a timeless quality, I would usually suggest a more classic and conservative design. We take into consideration gemstones (a specific stone with significance that should be used) and how the piece would be worn (for daily use or for special occasions).
Someone comes up to you with probably the most garish concept you’ve seen and insists you realise it. What do you do?

Jewellery is very personal and it is an expression of the individual. There is no right or wrong, and most importantly the wearer has to love it. So, if someone comes to me and tells me that this design is what they want, whether I like it or not is irrelevant.

However, I do voice my concerns. It may be a practical concern: it could be too heavy, or impractical or fragile. I would tell them the risks involved. It may also be an aesthetic concern. If I think the gems they used are complementary or the ‘flow’ of the design doesn’t look right, I would say so and suggest alternatives.

But if the customer goes “No… I like it this way”, then so be it. To each their own!

What are some common misconceptions clients have when creating bespoke jewellery?

I think one of the most common misconceptions is that bespoke has to be expensive, which is really not the case. It can start with something as simple as a gold pendant with their initials. This may only be about $250. Another misconception is that white gold cannot be ‘recycled’. That is not true. As long as there is some precious metal content, no matter how low, it can be traded in and the value set off against the cost of the setting.

What are some of your most memorable projects?

The most memorable projects I’ve done are those that weaves in specific stories that clients want to express. I had a client who dreamt of a conversation with a dragon which inspired him create a necklace based on the creature. That project took almost a year because of the intricate details, particularly on
the dragon’s face and its scales. In another project, a father commissioned a diamond pendant each for his two daughters. The pieces were designed such that they were similar, yet not the same. Though they were independent pieces, the pendant looked more whole when placed together too.

“I had a client who dreamt of a conversation with a dragon which inspired him create a necklace based on the creature.”
La Putri

What are some of the rarer or most expensive gems you’ve had the chance to work with?

Over the years I have had the pleasure of working with some beautiful and unusual gemstones. My favourites tend to be free-form pieces as they are truly unique. A client of mine has selected a rough 38.93ct aquamarine to be set on a ring. It was just lightly polished and the ring was designed around the natural shape of the stone. When working with such a beautiful gem the key is to allow the design to enhance the gem rather than to detract attention from it.

You’re one of the first to bring spinels into Singapore. What’s unique about this stone? 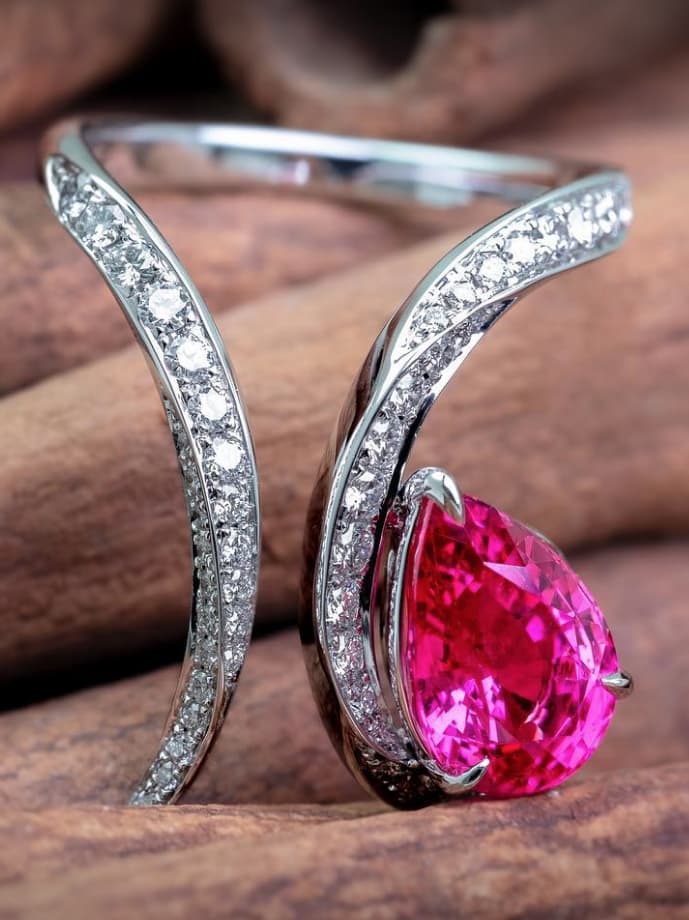 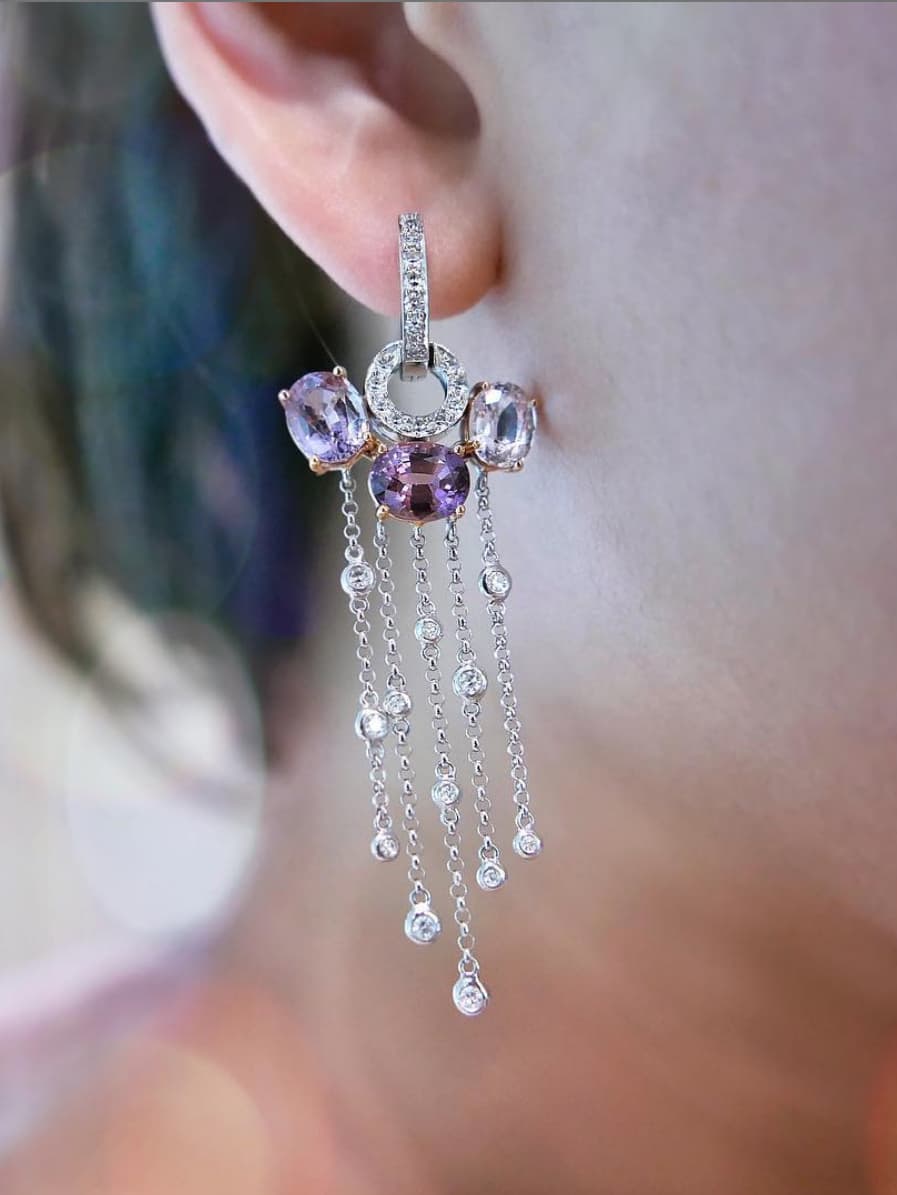 A lilac and grey spinel number.

It was about 15 years ago when we were first exposed to spinels. My husband was on a sourcing trip and he returned with many gems including a six-carat pink spinel, which I decided to keep for myself. At that time it was only a fraction of the price it is today as it was relatively unknown. Spinels are a wonderful gem that comes in a myriad of colours. They are unheated, completely natural, and they are hard enough for everyday wear. Over the years we have made many pieces with spinels and have been an advocate of the gemstone because we felt them to be undervalued. Today prices have appreciated significantly to the extent that spinels can be comparable in price to their close cousins, rubies and sapphires.

Spinels Bespoke Jewellery Crazy Rich Asians La Putri Constance Lau
Jasmine Tay
Senior Writer
Jasmine Tay is the dining, culture and jewellery writer. She makes fine silver jewellery and causes mini-explosions in the kitchen when she can't afford fancy dinners. Sometimes she tells people what she thinks about art, and binges on the music of Danzig when they don’t agree.
Dining Culture Jewellery