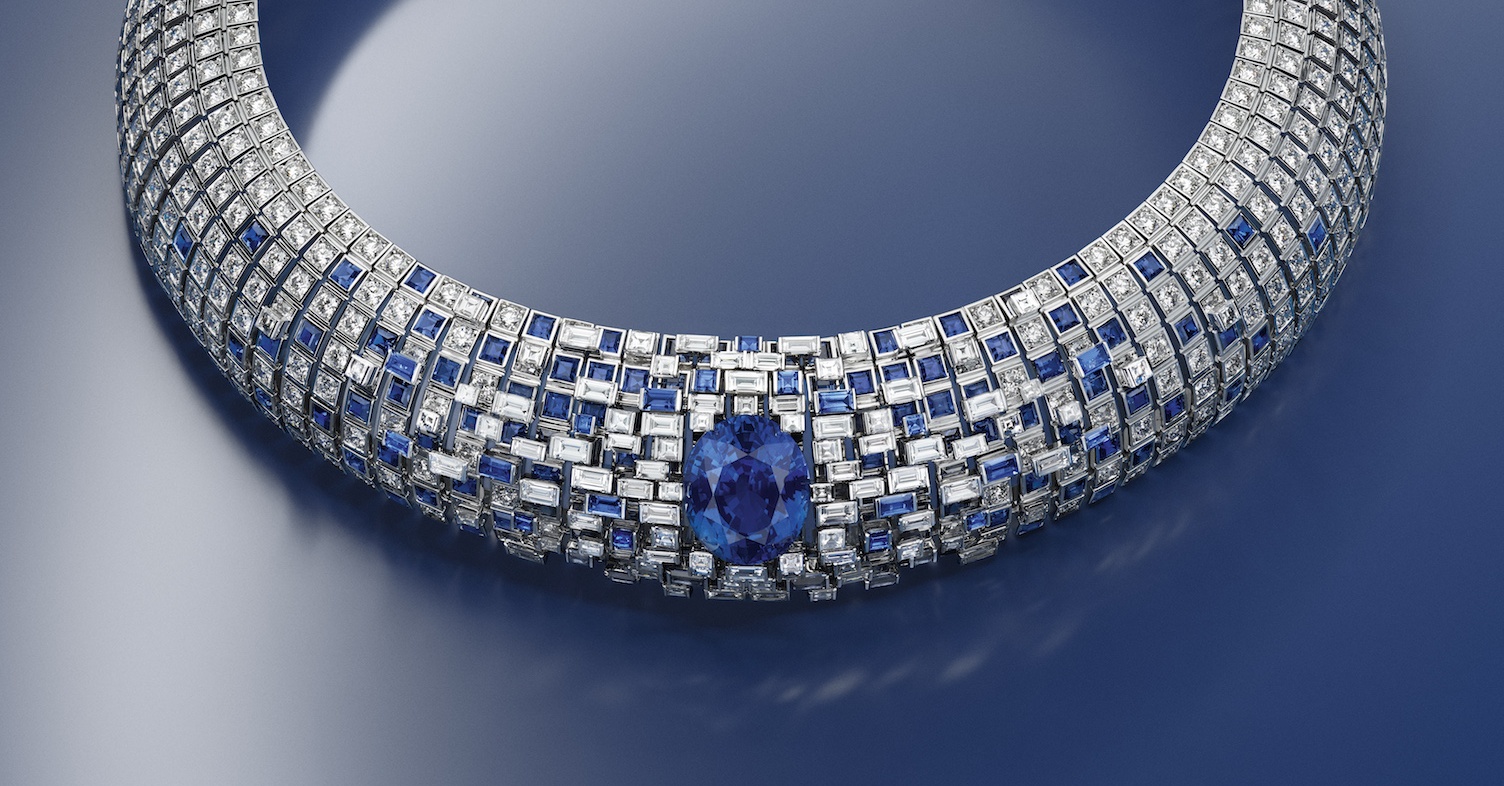 From the beginning of time, the cosmos have captured our imagination.

The Ancient Greeks called their fascination “astronomy”. They studied the planets, the stars and space, establishing one of the world’s oldest sciences that lives on today. We still find ourselves in awe of an eclipse, we dream of life on Mars, and the phrase “Mercury in retrograde” is now commonly understood.

Francesca Amfitheatrof is no exception. “I am fascinated by the immensity of the cosmos, by journeying through space and by this feeling of wonder at all the beauty of the universe,” says the Louis Vuitton jewellery designer, whose new collection for the French brand reflects those sentiments.

“Stellar Times” is Amfitheatrof’s sparkling interpretation of the galaxy. Across 90 jewellery pieces, she uses gemstones like diamonds, sapphires, rubies and garnets to embody the different planets of our solar system. The collection is divided into seven themes, each inspired by a different facet of outer space.

Lune Bleue, for example, is a tribute to the moon. The eponymous necklace is adorned with diamonds and blue sapphires from Sri Lanka and Madagascar, all painstakingly arranged in Louis Vuitton’s signature checkerboard pattern. It took 900 hours to create the pattern, which evokes an image of the moon’s reflection on the ocean. And if that doesn’t sound impressive enough, consider the 15.56 carat vibrant blue sapphire that sits at the centre of the choker.

Another showstopper is the transformable Soleils necklace, named after the Sun. It, too, features the intricate latticework of gems (and four entire rows of it!), this time using diamonds and yellow sapphires. If that sounds dramatic, the piece can be converted into three slimmer necklaces, each hanging with an emerald-cut yellow sapphire as a golden centrepiece.

While the Soleils line of necklaces, earrings and rings represents the radiance of the Sun, the Astre Rouge line is inspired by the fiery planet of Mars. Unsurprisingly, Amfitheatrof used brilliant red Mozambique rubies for the latter designs, contrasting them with diamonds and white gold settings. The Astre Rouge necklace makes a dazzling example of the combination.

There are also subtler — but no less stunning — pieces in the Stellar Times collection. The Apogée necklace, which comes with matching earrings and cocktail rings, is adorned with tourmalines, aquamarines and tanzanites in soothing blues and greens. These hang from a zig-zagging white gold necklace that borrows the lines of Louis Vuitton’s initials.

There’s more geometry to be found in the two Interstellaire cocktail rings, lined with rows of glittering diamonds that meet at the centre: a 12.88 carat spinel in one, and a 9.43 carat tourmaline in the other.

Stellar Times marks Amfitheatrof’s second high jewellery collection for Louis Vuitton; she was appointed as the French brand’s Artistic Director of Jewellery in 2018, after years of leading Tiffany & Co. as design director.

While her debut offering, “Riders of the Knights”, looked to the medieval past, Stellar Times is decidedly more futuristic. Its galactic inspiration also ties in with the spirit of exploration and travel that’s at the heart of Louis Vuitton. And it’s certainly a feat that Amfitheatrof has created a collection that’s just as captivating as the stars and planets she looked to.

Louis Vuitton
Pameyla Cambe
Senior Writer
Pameyla Cambe is a fashion and jewellery writer who believes that style and substance shouldn't be mutually exclusive. She makes sense of the world through Gothic novels, horror films and music. Lots of music.
Fashion Style Jewellery