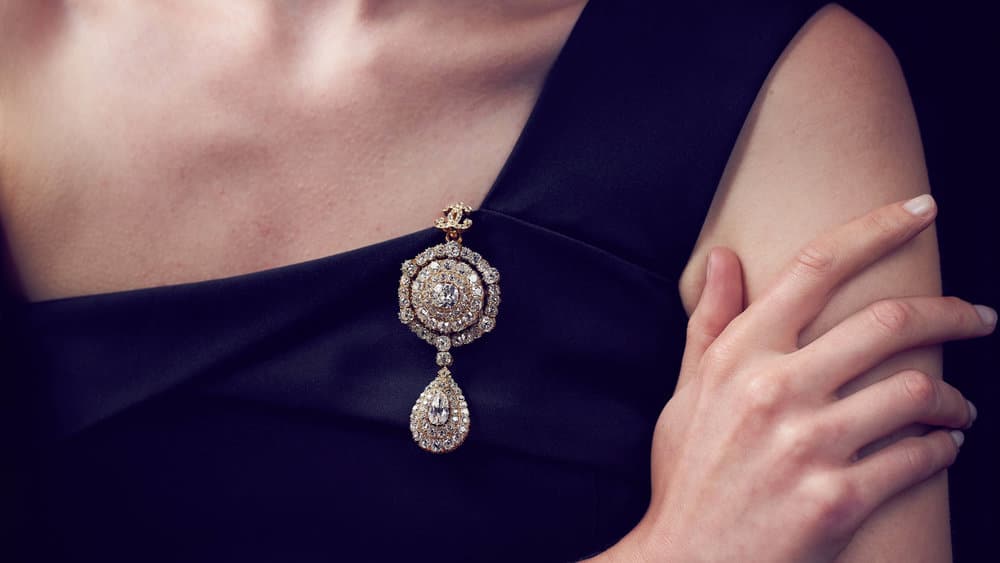 Marie Antoinette’s legendarily lavish life is one that’s immortalised in writing, paintings and pop culture. Yet, to truly understand the extent of her extravagance — which led to the French Revolution and ultimately, her demise — is to come face-to-face with it.

For the first time in more than 200 years, important pieces from her massive jewellery collection will be seen in public before they are sold off in Geneva by Sotheby’s. They are part of a bigger selection of lots from the Italian royal Bourbon-Parma family, who are known to have an excellent collection of stunning gems.

The lots are currently on exhibit in Dubai and will make an appearance in Singapore on 26 and 27 October at The Regent, Singapore. From Marie Antoinette are ten items, a range of necklaces and earrings decked in her favourite gems: pearls and diamonds.

The provenance for the jewels is unquestionable, according to Sotheby’s. While preparing to escape from France, Marie Antoinette’s lady-waiting documented in writing that the queen had dedicated an ‘entire evening’ wrapping her gems in cotton and packing them away in a wooden chest.

These jewels were then sent to Brussels (where the queen’s sister ruled), to Vienna (under the care of her nephew, the Austrian Emperor) and then returned to her only surviving child, Marie-Thérèse de France. The childless heir, in turn, bequeathed it to her niece and adopted daughter, the Duchess of Parma. The treasure has been kept under wraps with the family for generations, till now.

The items up for sale hold immense historical value. But the mastery of craft and precious stones used left us in awe. Here are some highlights to watch for.

Style
What to look out for when buying vintage jewellery This diamond pendant, which once belonged to Marie Antoinette, has a ribbon motif studded with diamonds and a large pearl drop measuring 26 mm by 18 mm. Natural pearls are rare – which makes a gem of this size so astounding. The pendant can also be worn as a brooch. Sotheby’s estimates that this piece will fetch US$1 million – $2million. 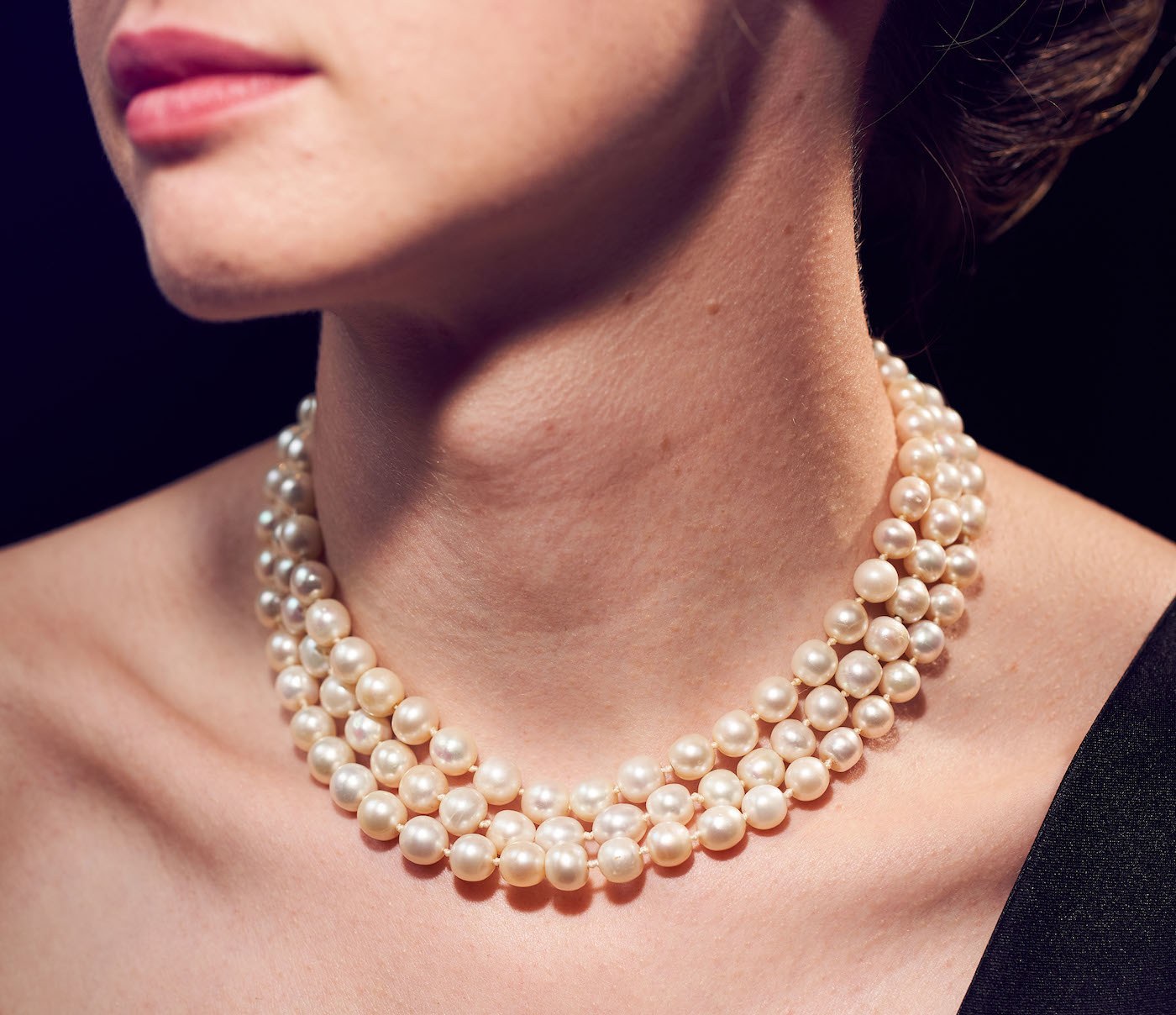 This necklace sees three strings of more than 300 natural pearls, and are expected to fetch at least US$200,000. Modern pearls of this size are typically cultured, making this piece an extremely rare find. The lot will also see a more subtle string of pearls and pearl drop earrings (with diamond caps, of course). 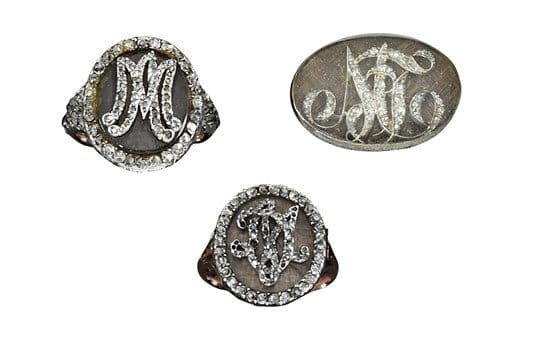 Marie Antoinette’s diamond ring bears not only her initials, but also a lock of her hair woven inside. It will be auctioned off as a set with two other items: a diamond ring belonging to her father-in-law, Louis, Dauphin of France and a pendant from Marie-Thérèse of Savoie made nearly a century later. This lot is expected to go for US$20,000 – $50,000. 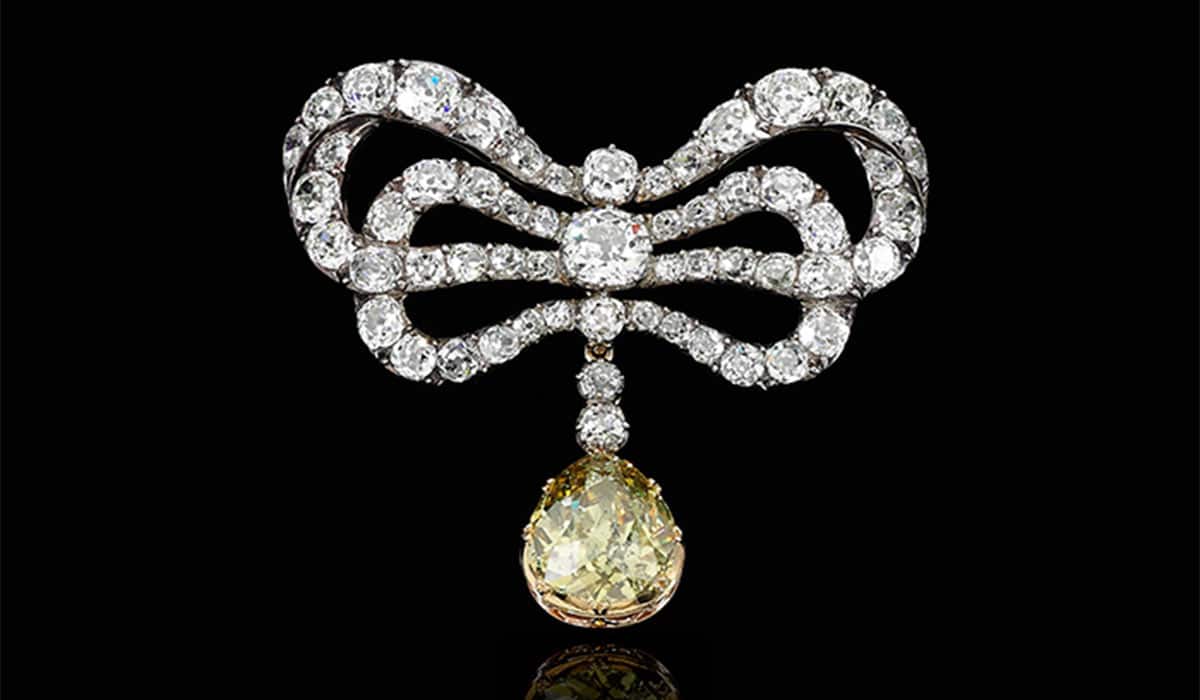 This set made up of earrings, brooch and necklace boast 95 clear diamonds — five of which belonged to Marie Antoinette. These were made for Louise of France, the grand-daughter of Charles X. Other fantastic pieces, such as tiaras, diamond chandelier earrings and a ruby brooch, from the Bourbon-Parma family will also be up for auction.

Diamonds Pearls Sotheby's Marie-Antoinette bourbon-parma
Jasmine Tay
Senior Writer
Jasmine Tay is the dining, culture and jewellery writer. She makes fine silver jewellery and causes mini-explosions in the kitchen when she can't afford fancy dinners. Sometimes she tells people what she thinks about art, and binges on the music of Danzig when they don’t agree.
Dining Culture Jewellery