Home > Style > Jewellery > On the rocks: The Moon of Baroda necklace worn by Marilyn Monroe goes to auction 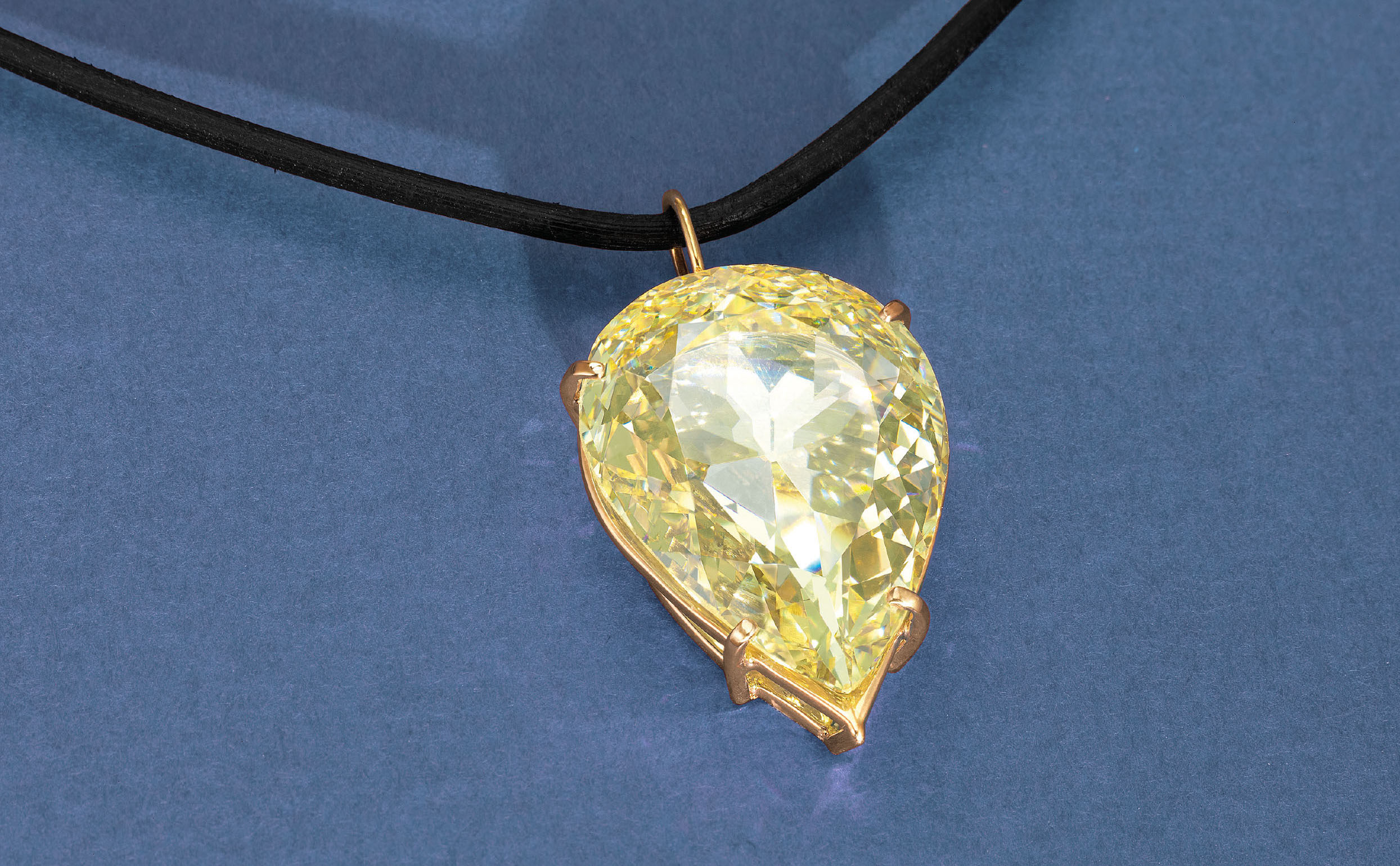 On the rocks: The Moon of Baroda necklace worn by Marilyn Monroe goes to auction

Style
On the rocks: The Moon of Baroda necklace worn by Marilyn Monroe goes to auction
Share this article
Next article

Marilyn Monroe was on a promotional tour for her 1953 movie Gentlemen Prefer Blondes, when she was presented with a magnificent necklace from the Meyer Jewelry Company. Named the Moon of Baroda, the jewel was a glorious sight to behold with its 24.04-carat pear-shaped, brilliant-cut fancy yellow diamond pendant suspended from a black leather cord. The pendant was exceptionally stunning thanks to its clean, canary yellow hue, and unsurprisingly had Monroe infatuated the moment she put it on for a photoshoot.

If diamonds are a girl’s best friend — as her movie’s hit song goes, the Moon of Baroda probably ranked somewhere around BFF status. The Hollywood icon was so in love with the necklace that when she autographed her picture, it came in the form of a thank-you note “for the chance to wear the Moon of Baroda”.

This necklace — along with the framed photograph of Monroe — will go under the hammer on 27 November at Christie’s Magnificent Jewels auction in Hong Kong. Prior to the upcoming sale, the jewel had remained in a private collection for two decades.

Its celebrity association aside, the Moon of Baroda is also significant because of the origins of its stone. The Gemological Institute of America recently deduced the yellow diamond was originally found in India’s famed Golconda Mines — which are among the world’s earliest diamond mines. It’s believed that the sparkler was discovered between the 15th and 17th centuries, which poses the possibility that it once belonged to the maharajas of the Gaekwads of Baroda, one of India’s most prominent and wealthiest royal families.

Over the years that followed, the Moon of Baroda made its way to Empress Maria Theresa of Austria (as a gift from the maharajas), US jeweller Samuel H. Deutsch, and eventually the Meyer Jewelry Company — where it stole the spotlight with the effervescent Monroe. It was sold at a Christie’s New York auction in 1990 for US$297,000 (S$408,643), triple its estimated price.

Taking into account the storied history these two items share, we won’t be surprised if the same buyer snaps them both up — and at a much heftier price tag than anticipated. A diamond jewel owned by royalty and adored by one of Tinseltown’s legends, and proof of the latter? We can’t think of anything more covetable.

Jewellery Christie's On The Rocks Marilyn Monroe Moon of Baroda Marilyn Monroe Jewellery Yellow Diamonds
Sara Yap
Deputy Director, Digital Operations (Asia)
Sara Yap is the Deputy Director of Digital Operations at BurdaLuxury, and a contributing writer to Lifestyle Asia’s dining and jewellery beats. When she’s not on the lookout for exciting new restaurants or bejewelled trinkets, she’s probably buried in a riveting read, or reminiscing the good ol’ days with her favourite playlist of ’90s boyband hits.
Dining Pass the Salt Jewellery On The Rocks