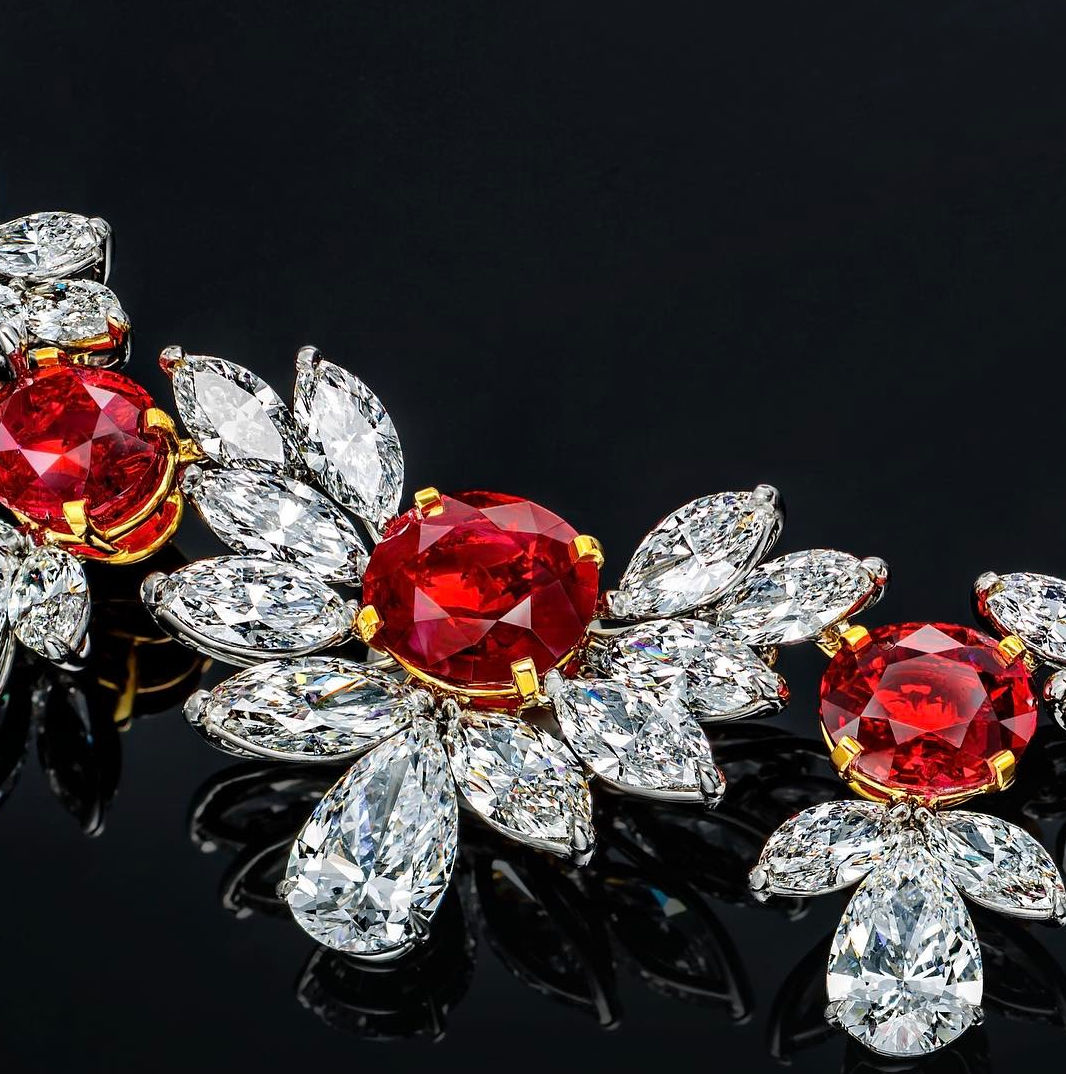 On the rocks: Faidee’s Grand Phoenix ruby necklace is a S$49 million showstopper

The recent Baselworld in Switzerland saw the launch of many lust-worthy timepieces from luxury labels the likes of Dior, Chanel and Bulgari, along with high-tech smartwatches packed with features such as fitness trackers and GPS. But the annual exhibition didn’t disappoint on the jewellery front, either. From stunning pearl creations at Mikimoto, to whimsical heart-shaped designs at Chopard, jewellery aficionados were spoilt for choice.

There was one jewel, however, that particularly stood out: A magnificent necklace named the Grand Phoenix, which was presented by ruby company Faidee. The necklace is valued at an eye-watering US$35 million (S$49 million), and is adorned with 59.83 carats of rare, unheated Burmese rubies.

These rubies are flanked by 100 carats of flawless diamonds, which have been meticulously positioned to form delicate floral motifs. The crimson stones were apparently collected over four generations of the Lunia family, which runs Faidee. The latter was founded about 100 years ago, and specialises in Burmese and Kashmiri rubies.

It is certainly no stranger to headline-making jewels: Last December, its 10.05-carat “Ratnaraj” ruby sold for an impressive US$10 million (S$14 million) at a Christie’s auction. Clearly, the brand has upped the ante with its latest design, which costs more than twice that amount.

From August 1 to 21, the Grand Phoenix ruby necklace — along with many other rare rubies in Faidee’s repertoire — will take centre stage at an exhibition held by Monaco jeweller Stardust Monte Carlo at the Hôtel Hermitage in Monte Carlo. Looks like we have good reason to visit Monaco this summer.

Style Jewellery Diamonds jewelry necklace Baselworld 2017 Faidee Ruby Rubies Grand Phoenix Stardust Monte Carlo Anna Andres
Sara Yap
Deputy Director, Digital Operations (Asia)
Sara Yap is the Deputy Director of Digital Operations at BurdaLuxury, and a contributing writer to Lifestyle Asia’s dining and jewellery beats. When she’s not on the lookout for exciting new restaurants or bejewelled trinkets, she’s probably buried in a riveting read, or reminiscing the good ol’ days with her favourite playlist of ’90s boyband hits.
Dining Pass the Salt Jewellery On The Rocks
Sign up for our newsletters to have the latest stories delivered straight to your inbox every week.