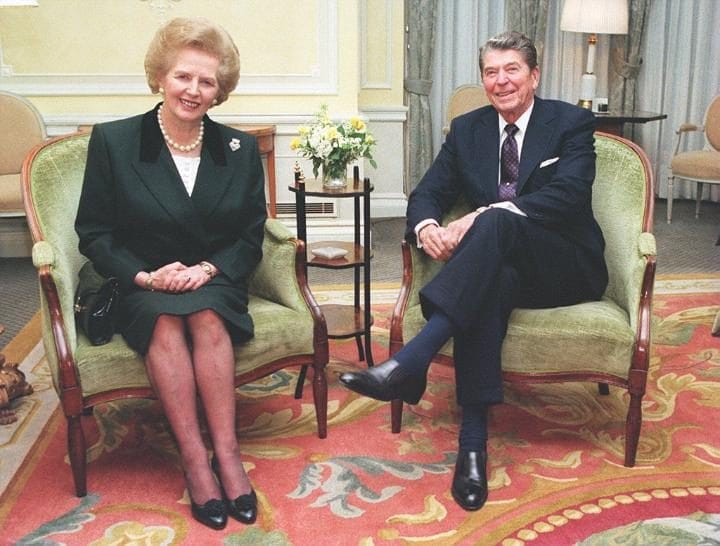 On the rocks: Margaret Thatcher’s Cartier brooch goes under the hammer

Style
On the rocks: Margaret Thatcher’s Cartier brooch goes under the hammer
Share this article
Next article

Picture this: You’re all dressed up for a day out with your friends, complete with flawless makeup and the perfect outfit for the occasion. But there’s just one small problem: One of your accessories — be it a piece of jewellery or even your bag — doesn’t seem to fit with the rest of your ensemble. There are only two ways around this crisis: Remove the offending item, or just leave it on and hope that it doesn’t look too out of place.

As frivolous as the above scenario sounds, that was exactly the conundrum that former British Prime Minister Margaret Thatcher faced, one day in the late ’80s when she realised her brooch didn’t match the rest of her attire. Her friend generously lent Thatcher her own brooch instead — a signed Cartier jewel crafted with brilliant-cut and baguette diamonds in a geometric, Art Deco-style design. Thatcher’s friend had bought the brooch from Sotheby’s in 1986, and it was originally made as a single piece in 1937.

Thatcher adored the brooch so much, she requested to borrow it for a long time, and wore it to prominent occasions such as the day she offered her resignation to the Queen in 1990, and a year later, when she declared she was leaving the House of Commons.

She was also spotted with the bejewelled pin at important meetings, such as when she caught up with former US president Ronald Reagan for tea at London’s Claridge’s hotel in 1990. The glittering brooch’s repeated appearances at these major events, quickly cemented it as an iconic jewel.

Margaret Thatcher’s Cartier brooch goes under the hammer today at Sotheby’s Fine Jewels sale in London, and is expected to fetch between S$44,807 and S$62,730. It comes with a facsimile of a letter from Cartier London, which is dated 3 February 1989 and filled with details about the brooch’s origins.

Proceeds from its sale will be donated to the Endeavour Fund, a charity founded by The Royal Foundation in support of servicemen and providing “seed funding for sporting and adventure challenges”.

Style Jewellery Cartier Auctions Sotheby's Feature jewelry On The Rocks Iconic Jewellery Margaret Thatcher Margaret Thatcher's Cartier Brooch Cartier Brooch Jewellery Auctions
Sara Yap
Deputy Director, Digital Operations (Asia)
Sara Yap is the Deputy Director of Digital Operations at BurdaLuxury, and a contributing writer to Lifestyle Asia’s dining and jewellery beats. When she’s not on the lookout for exciting new restaurants or bejewelled trinkets, she’s probably buried in a riveting read, or reminiscing the good ol’ days with her favourite playlist of ’90s boyband hits.
Dining Pass the Salt Jewellery On The Rocks
Sign up for our newsletters to have the latest stories delivered straight to your inbox every week.