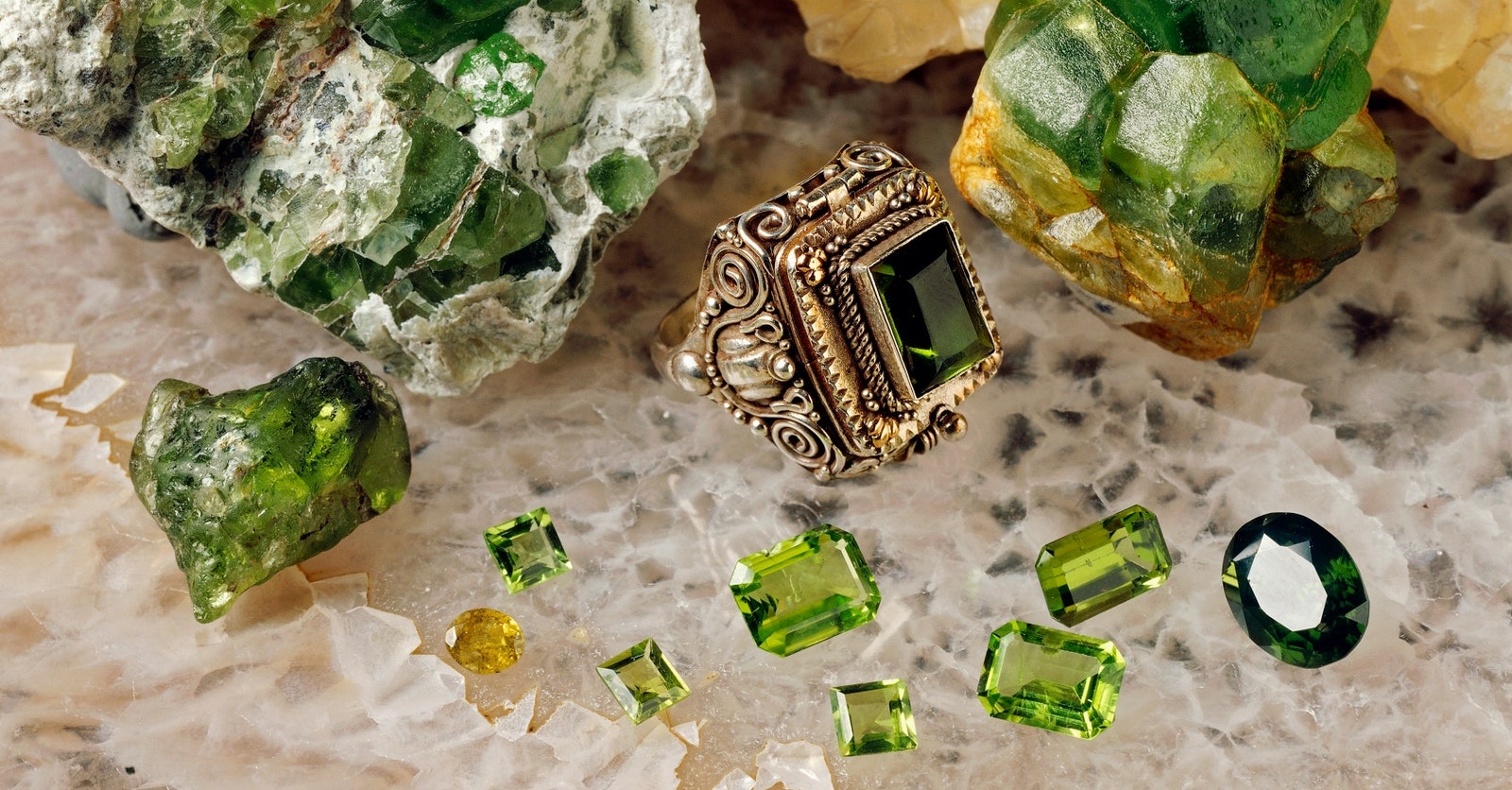 It may seem strange to astrology fans that the peridot is the birthstone of August, a month that coincides with the Leo season of passion and pizzazz.

You’d think that rubies, with their fiery hue, could capture that sense of vitality better. But consider that the Ancient Egyptians considered the peridot, in all of its lime green glory, as the “gem of the sun”. Close enough, seeing as the gemstone has been discovered on pallasite meteorites formed billions of years ago during the birth of our solar system.

You might also like…
Style
Everything you need to know about opals, the individualist’s gemstone
Style
Marvel at the new high jewellery collections from Cartier, Bulgari and more

Back here on our home planet, peridots are often forged in lava at the Earth’s mantle. (Diamonds are the only other gemstone that share this provenance; others are formed in the crust.) The gem’s vibrant, verdant glow comes from the traces of iron in it. When it comes to valuing a peridot, experts follow a simple rule: the greener, the better.

These days, the “Evening Emerald” is mostly mined from the San Carlos Reservation in Arizona. The largest of the gemstones, however, hail from the Red Sea island of Zabargad. Other sources include Pakistan, Africa, China and Myanmar.

All in all, the peridot is a pretty special gem — enough to suit those born under the show-off horoscope sign of the lion. Below, we’ve rounded up some high jewellery designs featuring the gem that would make great gifts for those August babies and leave others green with envy. 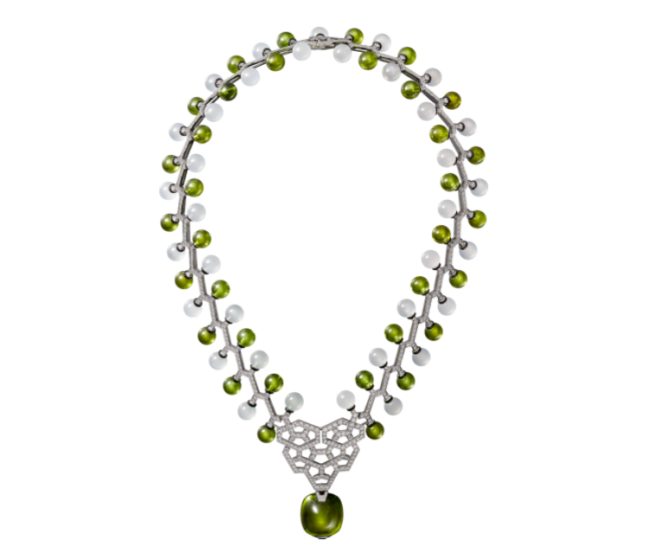 This Cartier necklace steals the show with its green centrepiece: a 42.18-carat cabochon-cut peridot. The rest of the jewellery piece is just as impressive, constructed with a geometric pattern dotted with brilliant-cut diamonds. An alluring contrast is made all throughout the necklace, which is lined with peridot and milky quartz beads. 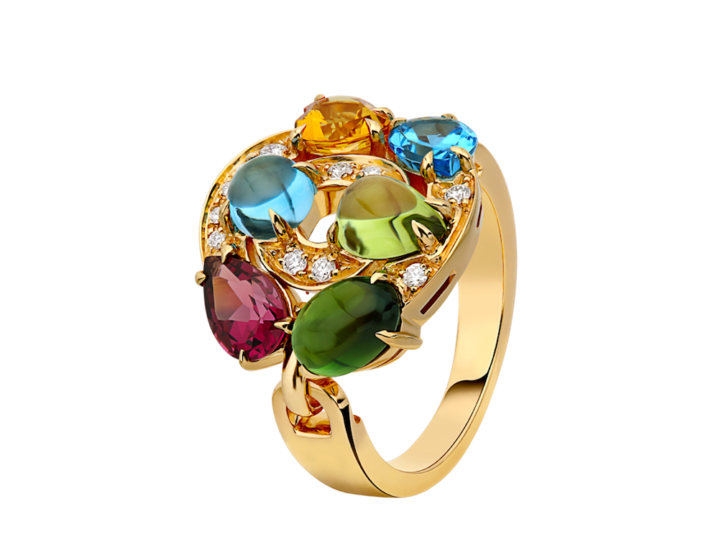 If you’re not one to be picky with your gems, you can get them all on this dazzling Bulgari ‘Astrale’ ring. The statement accessory is liberally set with colourful gems other than the peridot, such as blue topazes, green tourmaline, citrine quartz, rhodolite garnet and, of course, diamonds. 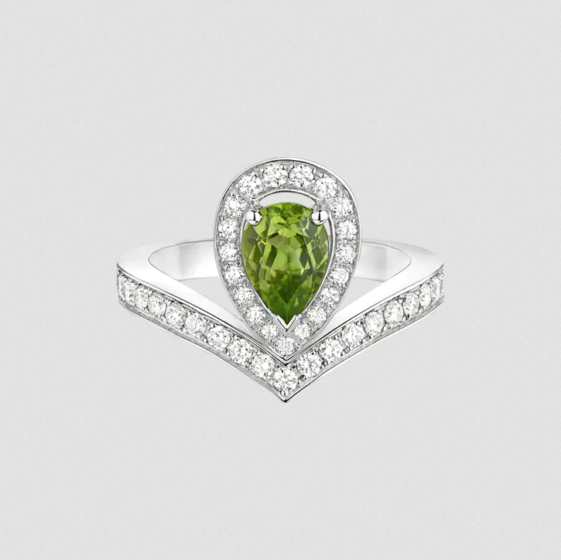 For something classic, you can’t go wrong this Chaumet ring. Its lines are elegantly simple, featuring brilliant-cut diamonds. That only makes the ring’s center stone, a pear-shaped peridot of 0.80 carat, all the more astounding when worn. 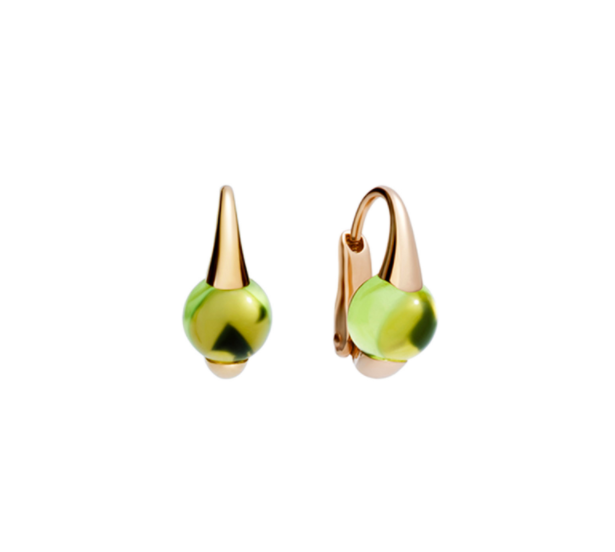 Pomellato, whose goal is to make fancy jewellery for the everyday, pulls it off with these hoop earrings. They’re made of universally flattering rose gold, which nicely complements the two peridot orbs. 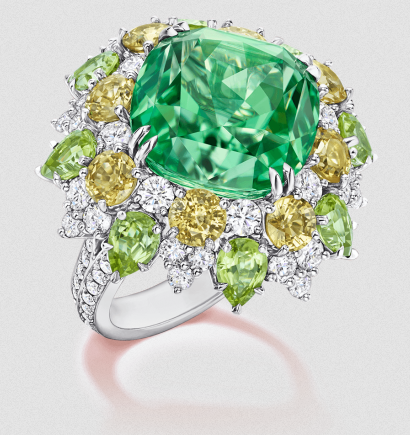 This Harry Winston ring is a truly extravagant affair. At the heart of it is a 19.67 carat light green tourmaline, which is enough to catch anyone’s attention. But then it goes a step further with an array of pear-shaped sapphires and peridots that halo the center stone. An extra sparkle is provided courtesy of the 76 round brilliant diamonds set on the platinum ring.