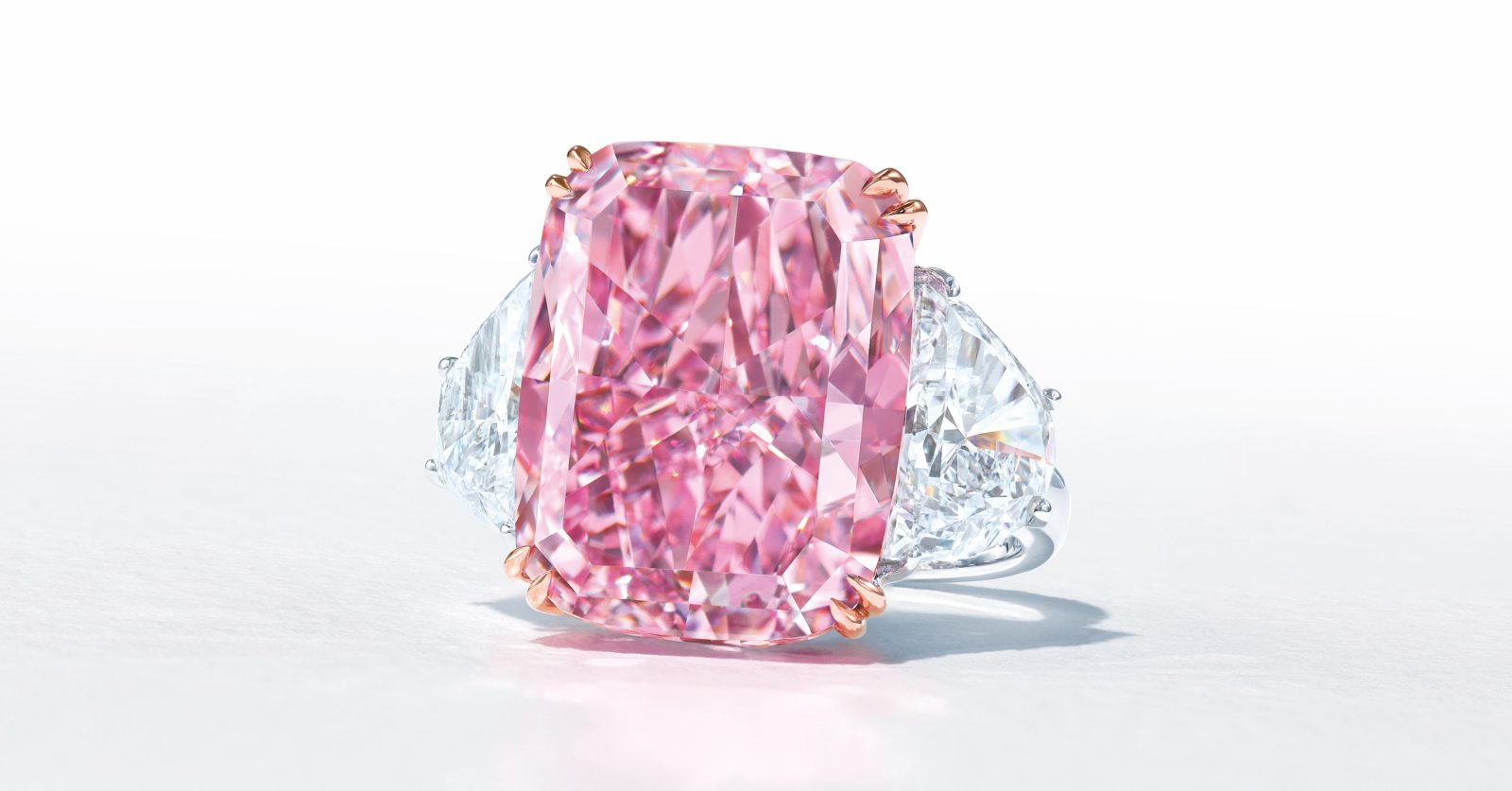 Style
With the rare pink Sakura Diamond, Christie’s is about to make auction history
Share this article
Next article

No, we’re not talking about the cherry blossoms blooming all over Japan this springtime, but the super rare Sakura Diamond that Christie’s is offering up for auction.

You may also like…
Style
Chanel pays tribute to its iconic No 5 perfume with a 55.55-carat diamond necklace
Style
Everything you need to know before investing in naturally coloured diamonds

The prized purple-pink gem is set to be a part of the house’s upcoming Magnificent Jewels event in Hong Kong, and it certainly qualifies. The Sakura Diamond is the largest of its kind to ever go under the hammer; it weighs a hefty 15.81 carats, which is impressive when you consider that less than 10 per cent of pink diamonds in the world ever weigh more than a fifth of a carat.

Like those pink diamonds, the Sakura Diamond qualifies as a Fancy Vivid gem, which is the highest grade offered to coloured diamonds that display a brilliant saturation. But what makes it remarkable is its even rarer colour: a pink hue with purple undertones, closely resembling the petals of cherry blossom (or, in Japanese, “sakura”) flowers.

The Sakura Diamond, like other natural pink diamonds, gets it hue thanks to a distortion of its molecular lattice — a completely random phenomenon that occurs in only less than two per cent of all diamonds in the world. And the Sakura Diamond doesn’t just boast rarity; it has clarity too. It falls under the “Internally Flawless” category of diamonds, meaning it has no visible inclusions. In other words, it’s crystal clear.

All of this makes for a gemstone of mythical proportions. “This exceptionally rare and magnificent wonder of nature… will undoubtedly capture the hearts of discerning connoisseurs and collectors worldwide,” shared Vickie Sek, Chairman of Christie’s Jewellery Asia. Come 23 May, the Sakura Diamond will be up for bidding and is expected to fetch up to HK$300 million (S$51,910,428.63).

For a lot less than that, though, you can always revel in the beauty of sakura flowers at Gardens By The Bay.

Chanel pays tribute to its iconic No 5 perfume with a 55.55-carat diamond necklace

Aquamarine is the gemstone your jewellery collection needs in troubling times