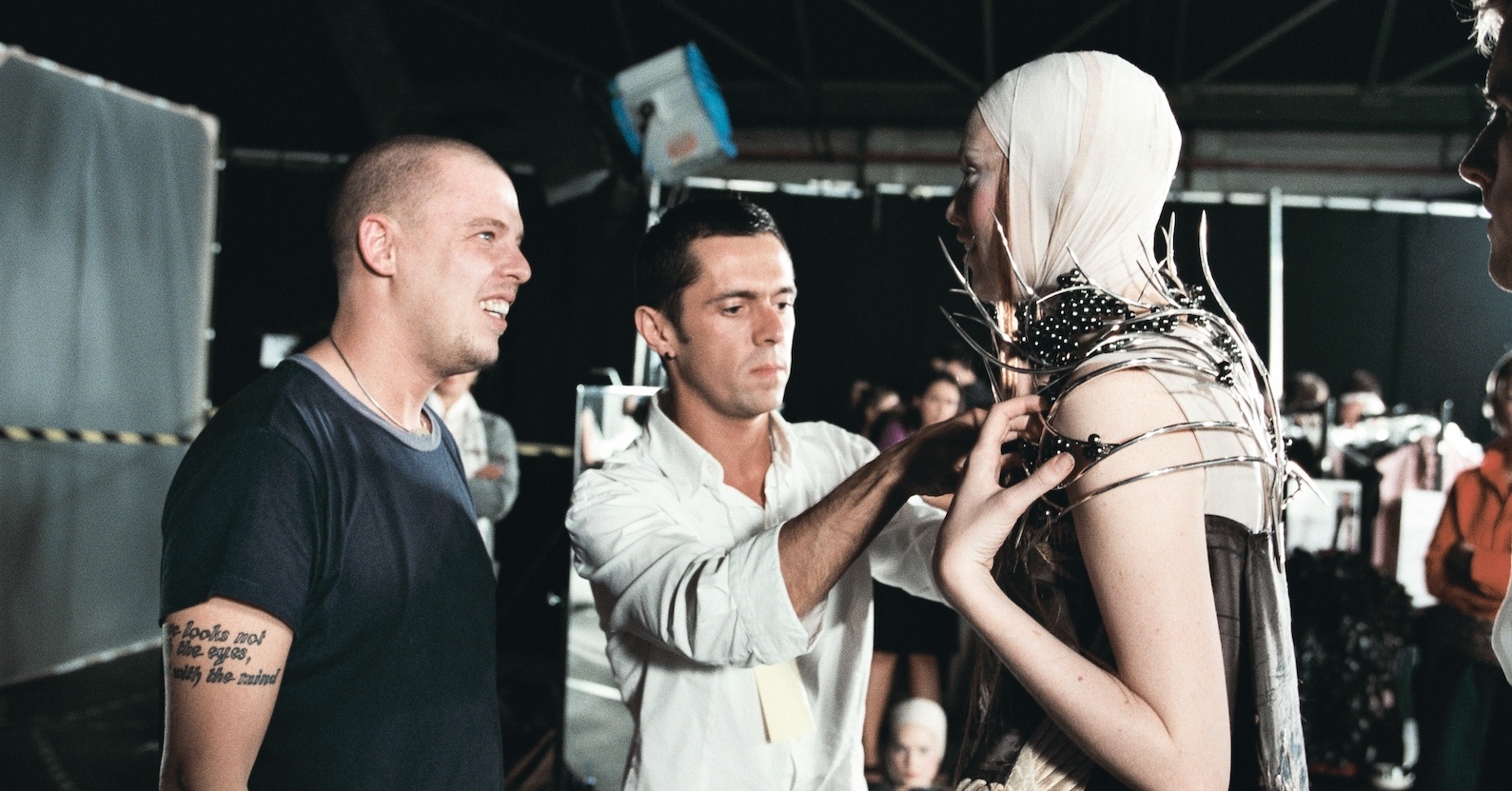 Most people like to think of a genius in a singular sense, extolling their accomplishments as though they occur solely a in bubble of their own creativity.

Alexander McQueen is often exalted through this lens, yet it’s no secret that the friends and creative collaborators in his circle were as vital as his visions. The designer’s extraordinary fashion shows wouldn’t have been possible without the faith of Isabella Blow, the shrewd styling sense of Katy England, or the daring, sculptural jewellery designs of Shaun Leane.

You might also like…
Style
How Alexander McQueen predicted fashion as it is today
Style
Shaun Leane’s personal archive goes to auction: Here are 7 showstopping jewels

To Leane, McQueen was a friend first. The pair met in 1992, shortly before the latter’s graduation from Central Saint Martins. When McQueen visited the atelier where Leane, a classically trained goldsmith, worked, it planted the seeds of a  creative collaboration that would redefine fashion forever. It lasted for the rest of McQueen’s life, and transformed Leane’s.

“We were both in our early twenties, we were both London boys, we both had something to say, we both came from very traditional training,” Leane once shared. “Our worlds weren’t that far away from each other if we analysed it, but then we were given this platform to do something different.”

Different, in the universe of McQueen and Leane, looked like a corset made of aluminium coils, fastened together with screws. It looked like roses bursting forth from a slash in a metal bodice, a silver crown of thorns, or a skeletal corset with a spine cast out of wax and aluminium. Working with McQueen pushed Leane to dream up such creations that, at once magnificent and sinister, cemented McQueen’s gothic imagination into corporeality — and fashion history.

They have now been documented in a new book titled “Shaun Leane”. It’s the first tome to trace the journey of the jewellery designer, marking the 21st year of his eponymous line. Aside from visuals capturing his artistic inventions, the book also includes an introduction by Leane himself, as well as essays on how the British jeweller has honed his craft to a level of couture in the last few decades.

A big chunk of Leane’s book is especially dedicated to his collaboration with his late friend McQueen. It’s illustrated by a wealth of unseen photographs by Ann Ray, who had followed and captured McQueen backstage at every one of his runway shows. “[The book] is not just about my work,” said Leane. “It’s about my relationship with Lee McQueen and getting closure with him.”

With its intimate look at the pair’s collective creativity, the book, now out on AAC Art Books, will certainly make an invaluable addition to the shelves of anyone fascinated by fashion, jewellery and the avant-garde. It also serves as humble reminder that genius doesn’t exist in a vacuum; it cultivates the talents of all those connected to it.

Alexander McQueen Shaun Leane
Pameyla Cambe
Senior Writer
Pameyla Cambe is a fashion and jewellery writer who believes that style and substance shouldn't be mutually exclusive. She makes sense of the world through Gothic novels, horror films and music. Lots of music.