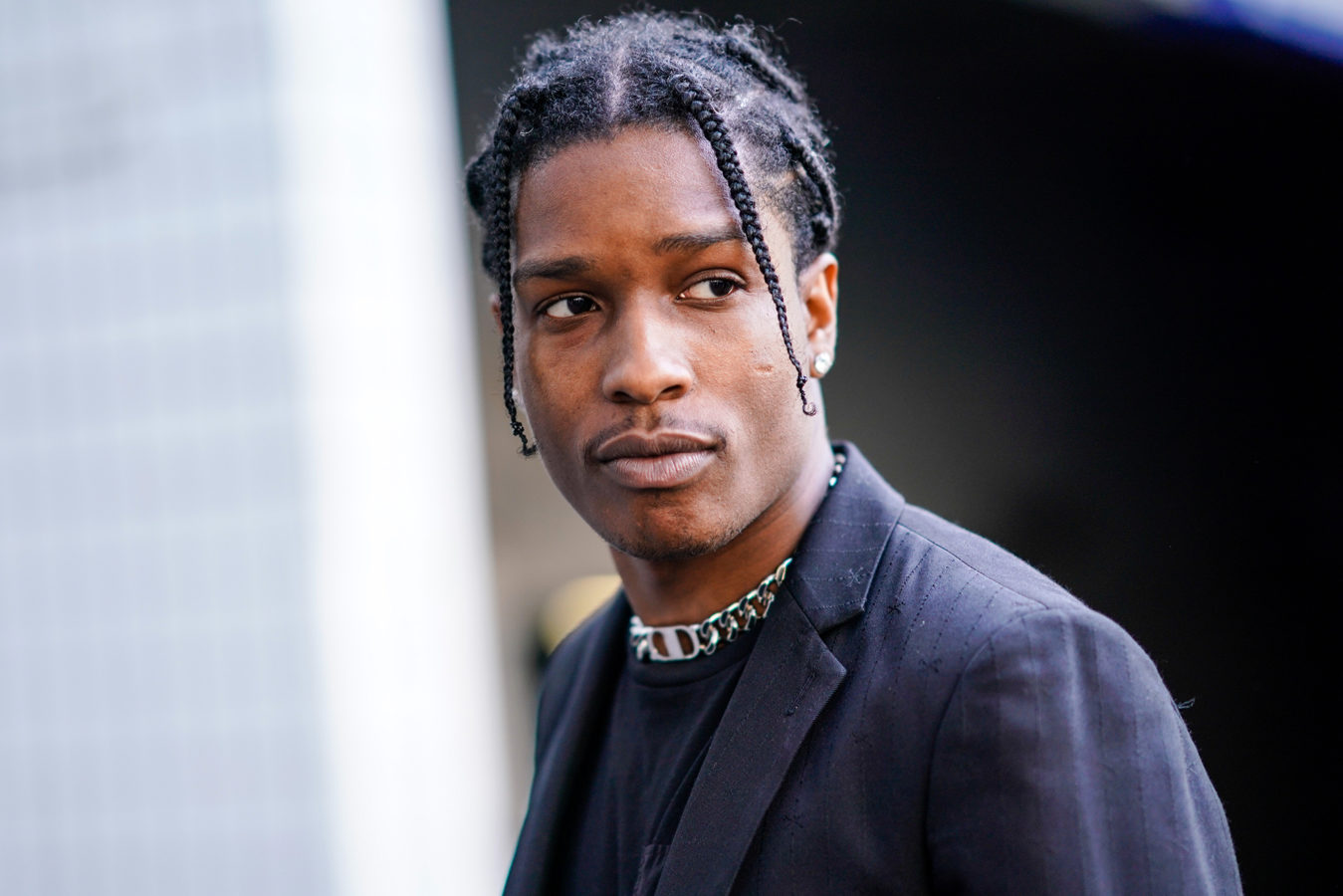 Masculinity can be a fickle thing. One moment, it rules against all things aesthetic. The next, it’s embracing those very things: men are now buying makeup, carrying handbags and getting glammed up in jewellery.

We’re not just talking about minimalist rings labelled as “bands” (it’s more manly), or equally basic bracelets known as “cuffs“. We’re talking chokers and crystal necklaces. We’re talking body chains and charm bracelets. Harry Styles’ single earring at the Met Gala was a true sign of the times: diamonds and pearls are no longer just for the girls.

Styles’ earring, like most of his accessories, was from Gucci, whose creative director Alessandro Michele has had a heavily ornamented hand in getting men to embrace embellishments. Jewellery also shines in the menswear collections by Dior’s Kim Jones and Louis Vuitton’s Virgil Abloh. The two tastemakers have a penchant for chain necklaces — as does Matthew Williams, based on his offerings at Alyx. We can expect a necklace or two from his first Givenchy collection in October.

But you don’t have to wait that long. Men’s necklaces are already becoming as popular as rings, the subtle accessory with which most guys dip their toes (or fingers) into jewellery. The necklace trend, though, encourages lads to dive right in.

Go bold with chunky chains, like A$AP Rocky and Timothée Chalamet. Or pearls, which have been approved by celebrities as disparate as A$AP, Anwar Hadid and Joe Jonas. You can also take pointers on how to wear pendant necklaces from Chalamet and Zayn Malik, who has been expertly accessorising since his One Direction days — no wonder that he fronts the campaigns for Hadid’s jewellery label.

Below, we list the best necklaces to help you get started. 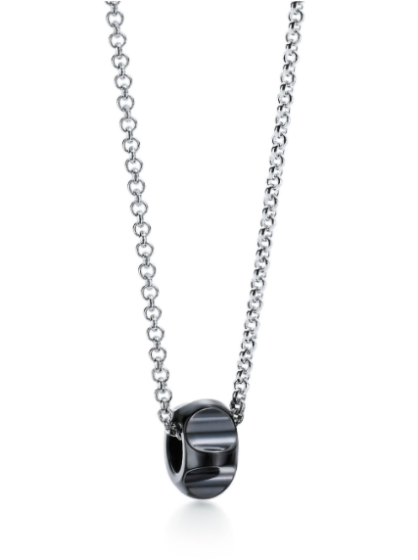 For more proof that men’s jewellery is becoming a big deal, consider that Tiffany & Co. now has a line dedicated to it. This Paloma’s Groove necklace is one of the designs from it, named for the grooves seen on its pendant. It also marries guys’ two favourite accessories: a ring and a necklace. With its titanium chain, this wearable necklace is easy to pull off with a simple tee. 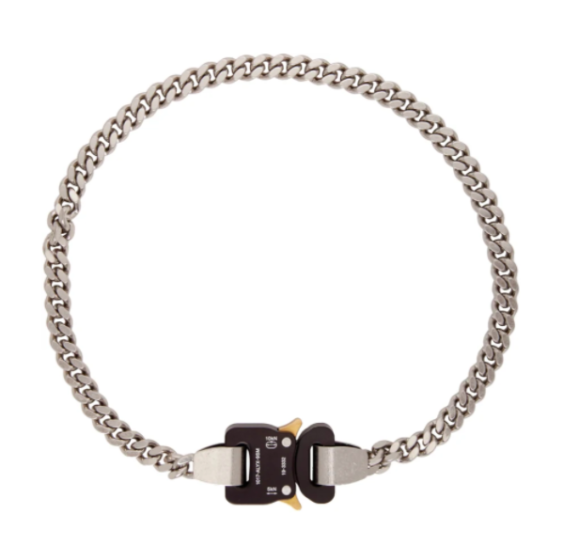 Matthew Williams’ luxury streetwear label is known for incorporating industrial-inspired hardware details, such as its signature buckle. If you loved seeing it on Dior bags by Kim Jones, you’ll love it on this necklace. Wear the buckle on the front if you’re going for edgy; wear it on the back for a low-key look while still tapping onto the chain necklace trend. 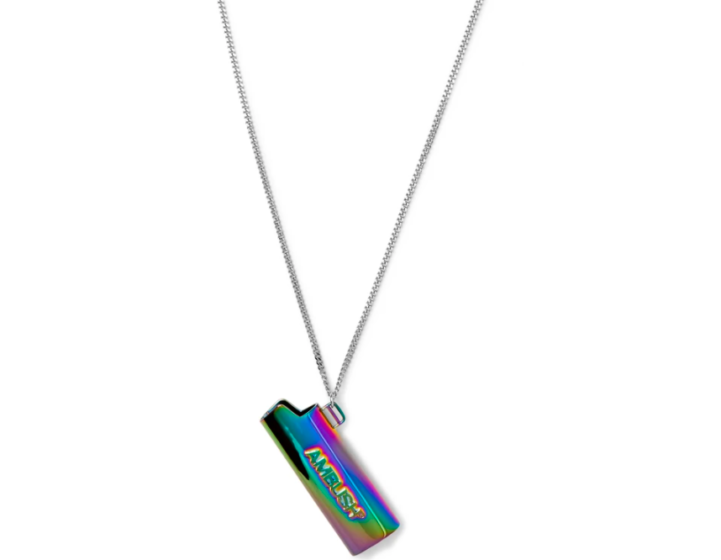 Smoking is bad, but this Ambush lighter case necklace is great if you haven’t quite kicked the habit yet. It’s designed by Yoon Ahn, who also creates the cool Dior Men jewellery that Kanye West and A$AP Rocky have sported. Featuring an iridescent, logo-embossed case where you can slot in your lighter, it’s safe to say this necklace is pretty lit. 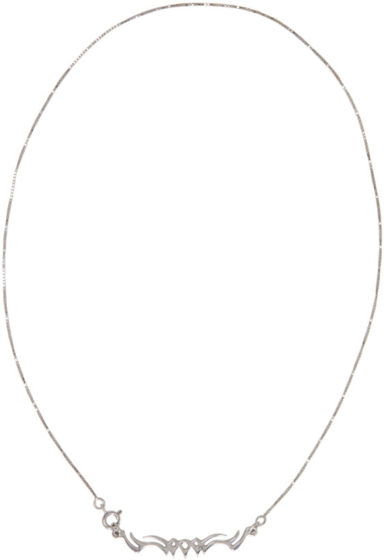 If Alan Crocetti’s gender-fluid jewellery pieces are too unconventional (or risqué) for your tastes, this silver necklace is still a pretty safe bet. It takes the tribal tattoo of ’90s nostalgia and turns it into a very modern pendant design — with none of the basic bro connotations. 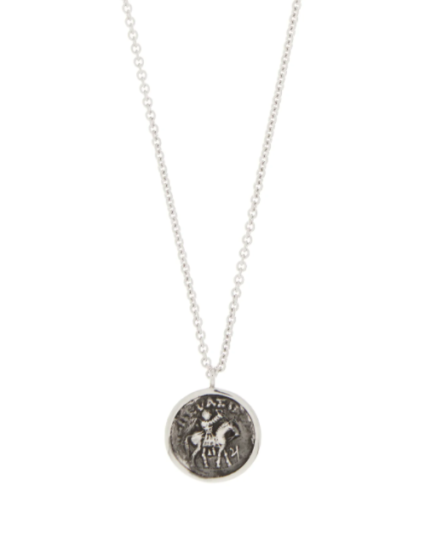 Norwegian label Tom Wood puts a lot of thought into its minimal, unisex jewellery pieces. This sterling silver necklace is a shining example. Its coin pendant doesn’t just look aged — it was cast from an ancient Greek coin from thousands of years ago. In its new iteration, the pendant features the Greek ruler Alexander the Great — a detail that will intrigue those who notice the necklace on you. It’s best layered with another Tom Wood coin necklace with a shorter chain. 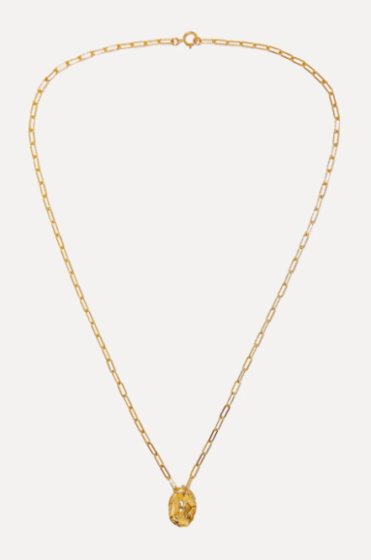 All of Alighieri’s jewellery pieces are imbued with the sense that they’ve just been discovered, like treasures from an excavation. That’s because they’re inspired and made from old coins and other found objects, using ancient wax casting techniques. This handcrafted necklace is no different, but its paperclip chain also gives it a very contemporary feel. It won’t look out of place under a blazer, as Robert Pattinson has demonstrated.

The devil (or angel) is in the details for this necklace from Martyre, the unisex jewellery label founded by Anwar Hadid. There’s the pendant — a hopeful, winged figure in flight — fashioned from antiqued sterling silver. There’s the chain link necklace, whose symmetry is broken with an added chain that gives it an off-kilter look. Then there’s the brand’s signature magnetic clasp: a pair of sculpted hands. Wear this poetic piece on your next cultural outing. 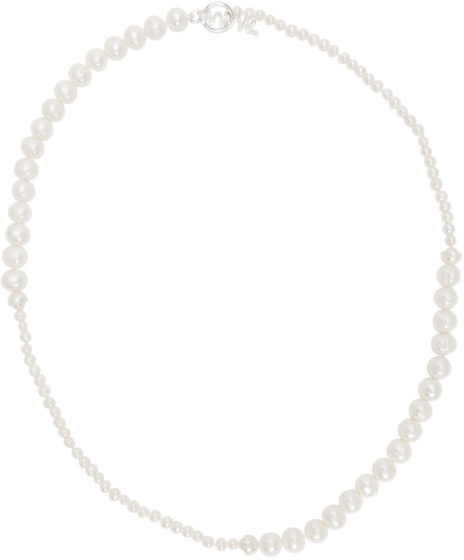 This piece puts a cool spin on the classic pearl necklace, which is one of the trendiest men’s jewellery pieces of the moment. Alternating between large and small freshwater pearls, the necklace has an unexpected look that will appeal to men who are still hesitant to wear a traditionally feminine accessory in 2020.

If you’ve already learned to love pearls, get yourself acquainted with the beauty of crystal necklaces. Gucci often makes a great case for them, but this Jacquemus long necklace will do just fine for starters. It’s lined with glittering Swarovski stones, though it doesn’t look as gaudy as it sounds — not even when it was clipped to a bucket hat. 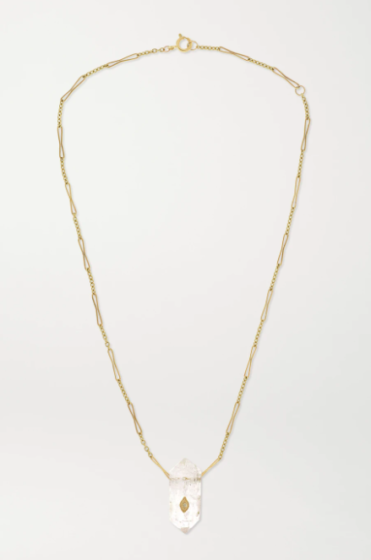 Once you’ve gotten over the illusory divide between men’s and women’s jewellery, you’ll discover rewarding finds in the latter category. Like this piece, made by Pascale Monvoisin out of a fascination with glass and marble mosaics. The design uses hand-cut crystal for its talismanic pendant instead, and is embellished with a diamond eye. It’s strung on a yellow gold necklace that bears an equally mesmerising pattern.

Price
S$1,043
Shop here
You might also like ...
Style
Colourful jewellery designs to wear in celebration of Pride Month
Style
It won’t be easy but here’s how to cop the Air Jordans by Dior
Pameyla Cambe
Senior Writer
Pameyla Cambe is a fashion and jewellery writer who believes that style and substance shouldn't be mutually exclusive. She makes sense of the world through Gothic novels, horror films and music. Lots of music.
Fashion Style Jewellery