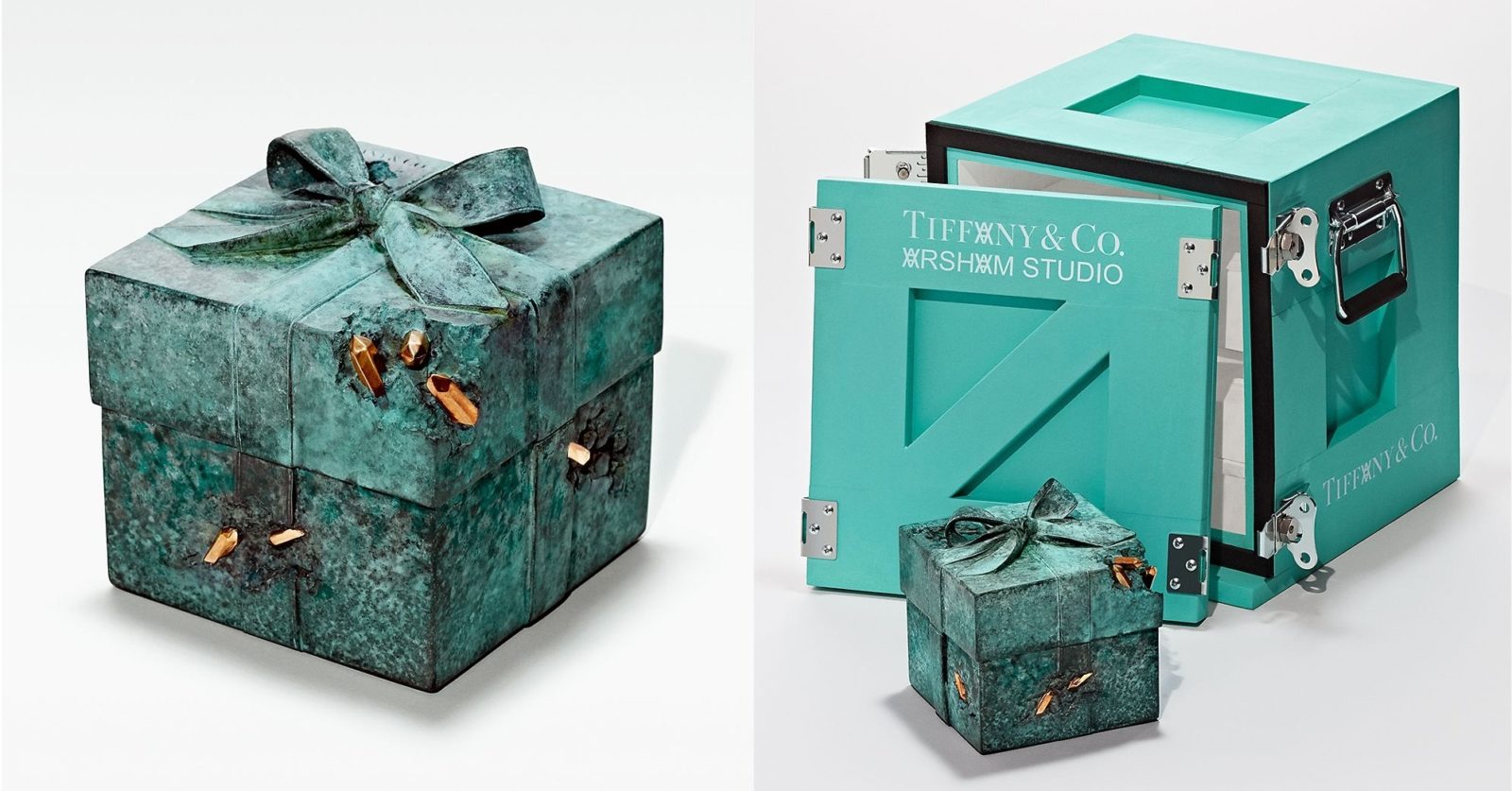 After imparting his aesthetic on designs for Dior and Rimowa, American artist Daniel Arsham is now taking on jewellery through his new collaboration with Tiffany & Co.

The partnership, which was teased through ads around New York, revolves around a new sculpture created by Arsham. Dubbed the “Bronze Eroded Tiffany Blue Box”, the artwork represents Arsham’s reimagining of the American luxury brand’s iconic Blue Box as a relic discovered in the distant future. It features a custom hand-finished patina, with bits of bronze peeking out from its worn-out façade.

You may also like…
Culture
All the details on the rarely-seen Basquiat in Beyonce’s Tiffany & Co. campaign
Style
A bag collector’s guide to the Louis Vuitton x Fornasetti collaboration

“I wanted to give the Blue Box this distressed quality to represent how much of a fixture it is in our world today, and how it will continue to be relevant decades, even centuries from now,” said the artist, who has previously created archaeology-inspired versions of the Rimowa luggage bag and the Dior Saddle bag.

Arsham’s use of bronze is a nod to Tiffany & Co.’s craftsmanship techniques, which he discovered at the New York brand’s archives. “I am deeply familiar with the materials, the techniques, the innovations that are on full display there,” he said. “Bronze casting, metal chasing—it’s a craft I know well. When you see some of the works there and the level of detail that went into those pieces, the drawings; it’s fascinating.”

Only 49 pieces of the sculpture have been made, and each one opens up to reveal a limited-edition Tiffany Knot x Arsham Studio bracelet. Crafted from 18k white gold, the bangle is hand-set with diamonds and tsavorite, the vivid green gemstone that Tiffany & Co. introduced to the world in 1974. The bracelet design, however, is newer. It’s a part of the new Tiffany Knot collection, which was unveiled last month through a campaign starring The Queen’s Gambit star, Anya Taylor-Joy.

The Daniel Arsham collaboration is yet another example of Tiffany & Co. moving into a new direction, following its acquisition by LVMH. Now helmed by creative director Ruba Abu-Nimah, the heritage jewellery brand has been making culture and art a bigger part of its universe. Just last month, it launched a campaign starring its latest ambassadors, Beyoncé and Jay-Z, as well as a rare painting by Jean-Michel Basquiat.

That painting is now showcased at the Tiffany Flagship in New York. From 9 September, the store will also offer the Daniel Arsham x Tiffany & Co. collaboration on top of showcasing a large-scale installation of Arsham’s work for collectors and customers alike to marvel at. The rest of us can get a closer look through the images below.