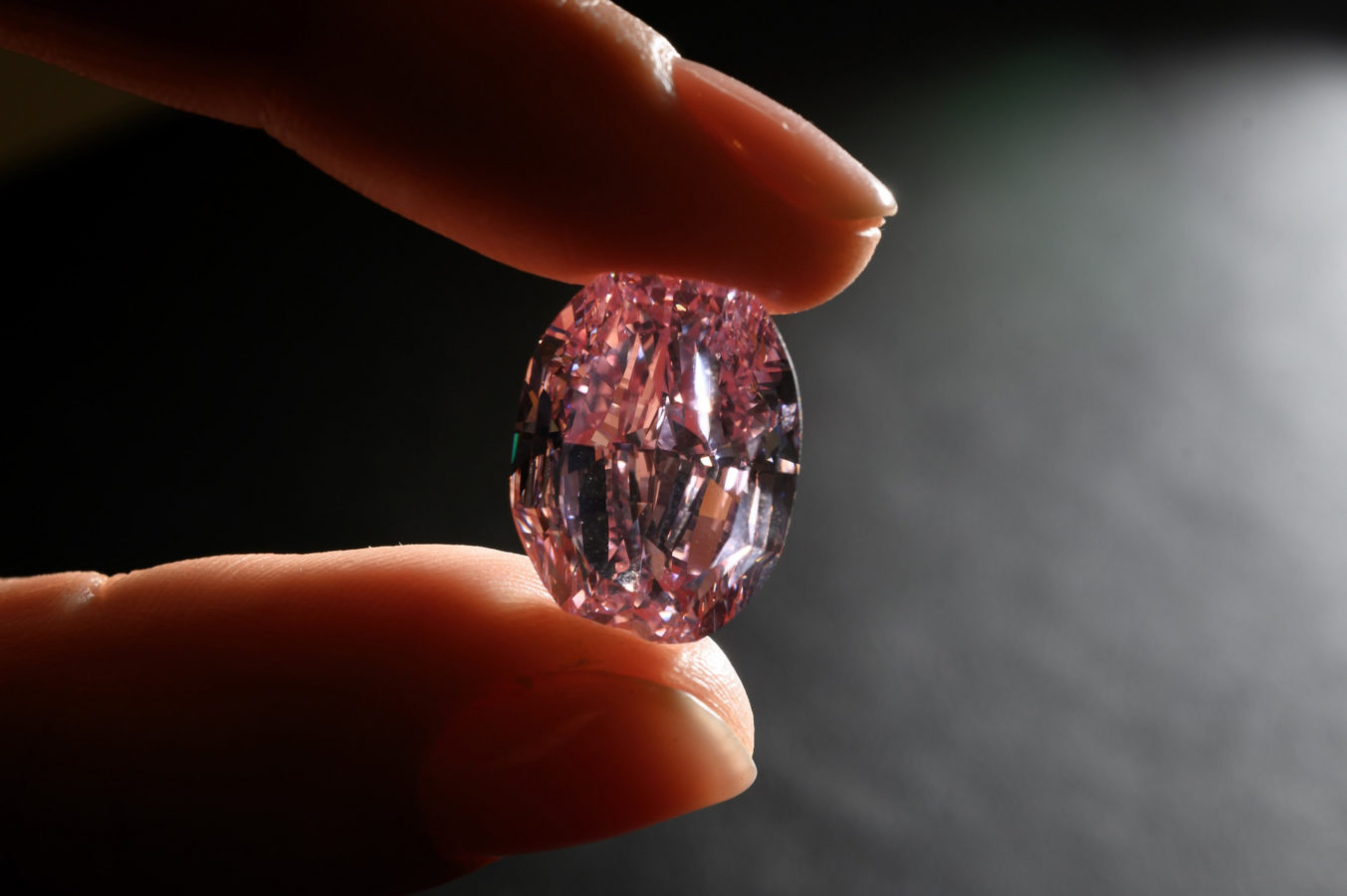 An extremely rare pink diamond will be auctioned in Geneva on November 11 by Sotheby’s, which says it is worth between $23 and $38 million.

Named “The Spirit of the Rose” after a famous Russian ballet, the 14.83-carat diamond mined in Russia is the biggest ever to go under the hammer in its category — “fancy vivid purple-pink”.

“The occurrence of pink diamonds in nature is extremely rare in any size,” Gary Schuler, head of Sotheby’s jewellery division, said in a statement. “Only one per cent of all pink diamonds are larger than 10-carats.”

The rough diamond was unearthed by Russia’s Alrosa — one of the world’s leading diamond producers — in the Republic of Sakha in the northeast of the country in July 2017.

Repellin said it took a painstaking year for cutting masters to turn the diamond into its polished form. Sotheby’s said the world auction record for a diamond and any gemstone or jewel was the “CTF Pink Star”, a 59.60-carat oval pink diamond that sold for $71.2 million in Hong Kong in 2017.

According to Repellin, five out of the 10 most valuable diamonds ever sold at auction were pink. The sale of this gem coincides with the closure of the world’s largest pink diamond mine in Australia after it exhausted its reserves of the precious stones.

The Argyle mine, in the remote Kimberley region of Western Australia, churned out more than 90 percent of the world’s pink diamonds.