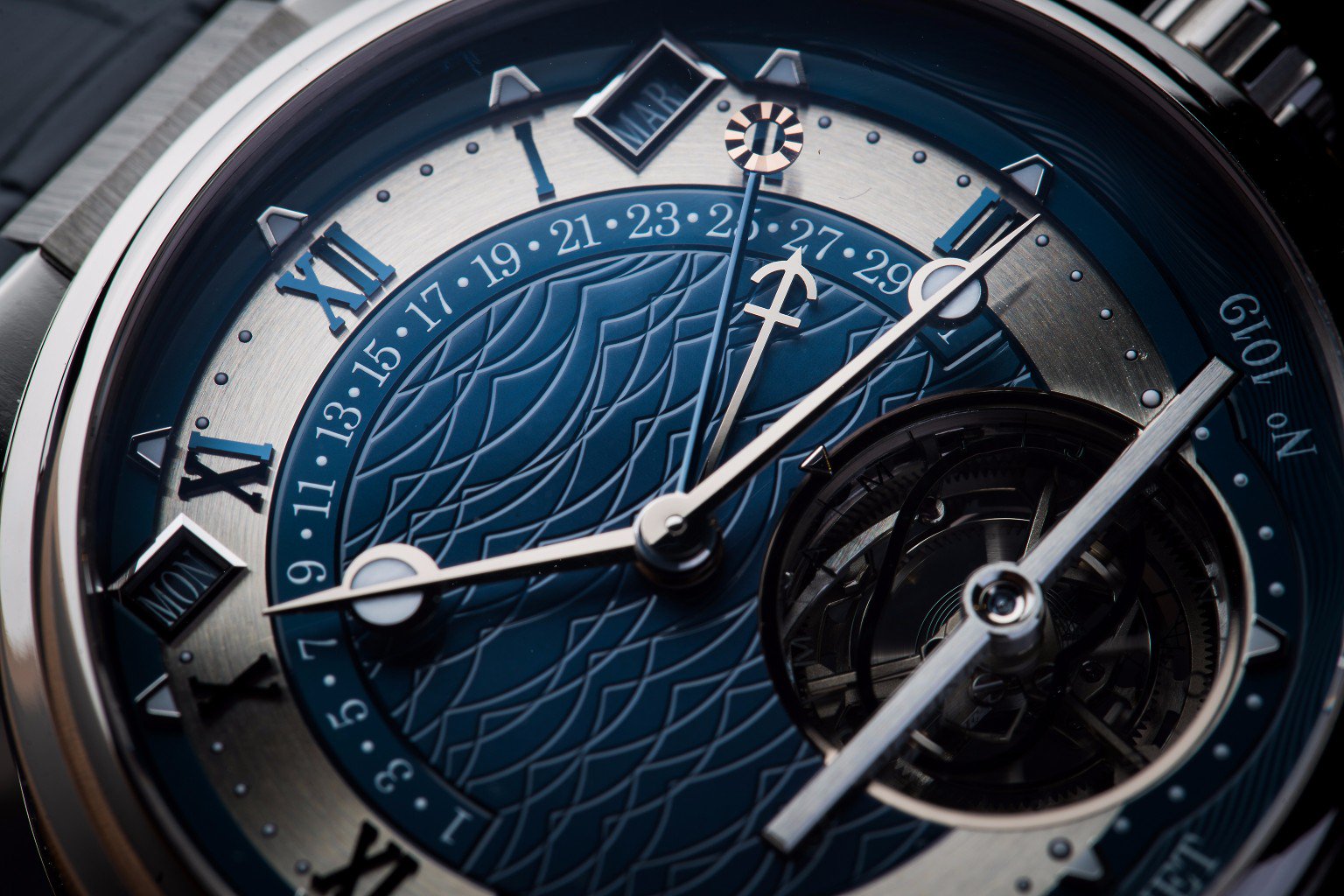 5 fascinating retrograde watches to own in 2017

Of the many complications that excite watch collectors, the retrograde function is one of the most sought-after. It wasn’t a new movement born out of technology — its history dates back to the late 17th century, where the hour hands of pocket watches would sweep a segment of a circle for half a day, before returning to their starting point to repeat the process. A century later, Abraham-Louis Breguet would use this mechanism to highlight other functions such as the date of equation of time.

An indication where the corresponding hand moves counterclockwise, retrograde watches don’t display its indication a circular fashion, but can do so in an arc, as the hand jumps back to the beginning when it has finished its sequence. Its distinct functionality has enabled some very interesting dial designs and technological advancements, and watchmakers such as HYT have made it the star function in their liquid-based timepieces.

Here, we bring you some of the 5 most fascinating new retrograde watches 2017 has to offer. 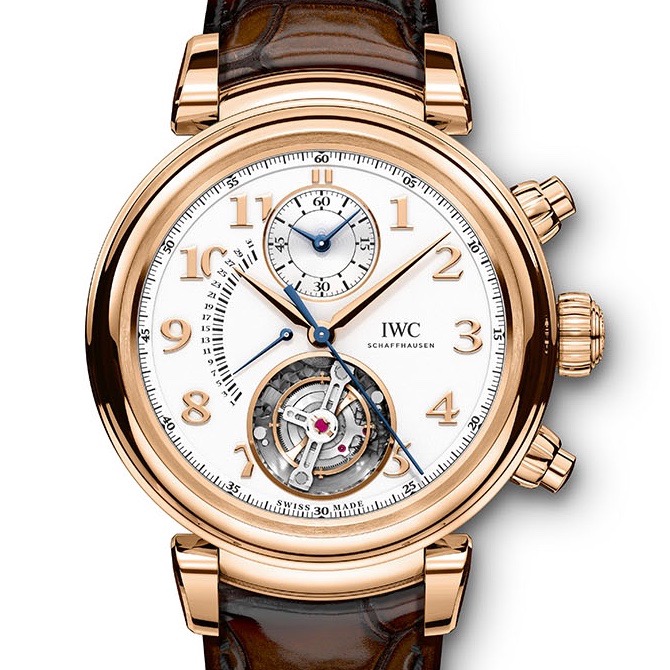 If you liked each of the complications on other IWC timepieces but can’t afford them all, this is the one you need. Powered by the calibre 89900, this watch features the all-stars — a hacking flying tourbillon, chronograph and a retrograde date, all placed within a 44mm red gold case. The latter is placed on an arc on the left of the dial, and the hands make a trip back down to the starting point once the month is over. The watch comes accompanied with a brown alligator strap by Santoni. 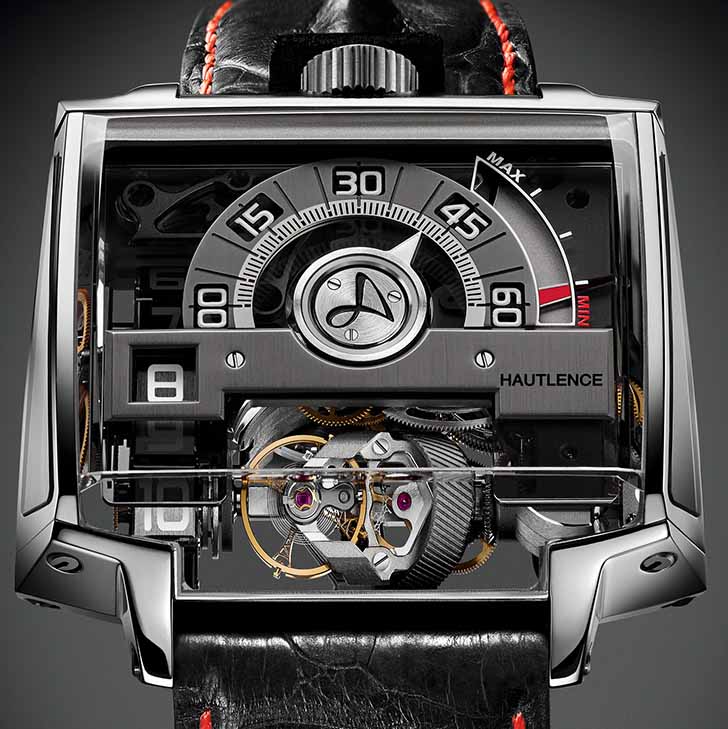 Hautlence has a habit of making watches that see more time being passed around the dinner table than as a timekeeping tool, and this Vortex watch reaffirms that. With a chain that comprises 12 square pieces of metal in a tank tread style, the hour is indicated through an aperture on the left — a delicate move that triggers a visual spectacle. As the tread moves, the 552-component movement also rotates the escapement by 60 degrees, and the prominent minute retrograde in the center of the dial snaps back to its original position. The highly complex movement is housed in a titanium case that provides a view of the movement from different angles — your dinner guests will surely approve. 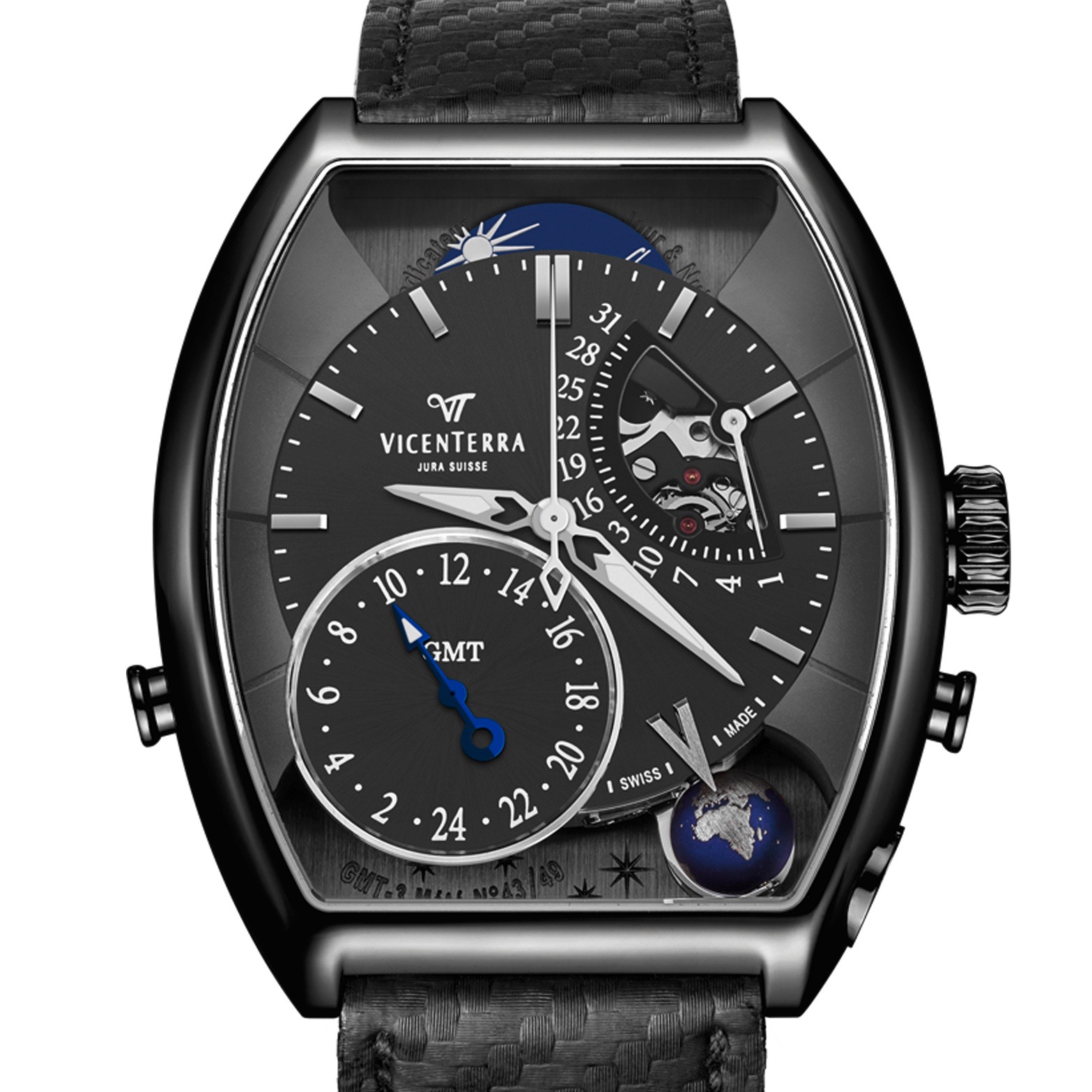 A one-man show established and run by Vincent Plomb, Vicenterra doesn’t have all the historical workings of many other established brands, but its creations speak otherwise. Powered by a self-developed ETA2892 movement, the watch has functions such as a day-night indicator at 12, a GMT dial at 7 and a retrograde date at 2. But the real magic is the spinning globe at five o’clock. the three-dimensional star of the watch appears to be suspended in its corner, and makes a full rotation every 24 hours — just like the real thing. At the back, a small sapphire window also offers another view of the globe, with the poetic words “on the other side of the world” labelled in French. 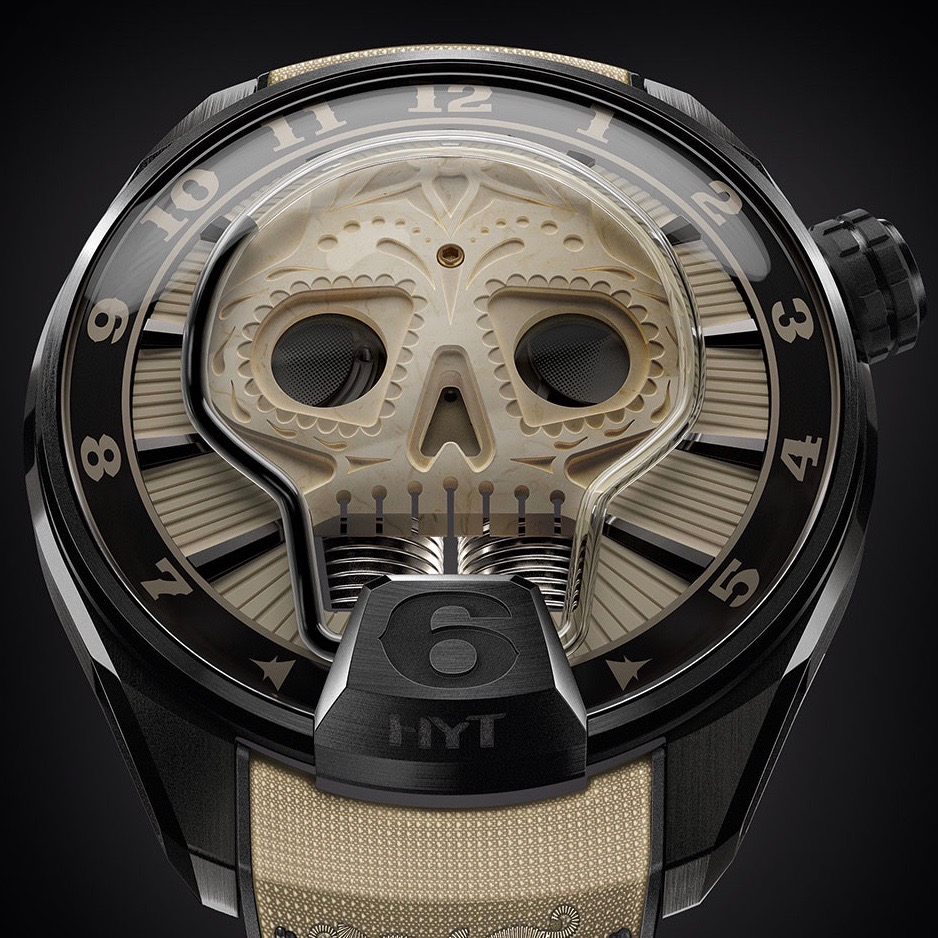 As the first and only watchmaker to use liquids to tell the time, it’s no secret that HYT watches are highly technical in their retrograde functions. The latest to come out of the Swiss brand’s factory is a timely reminder of the fleeting and ephemeral quality of time, and it’s rare the liquid retrograde function doesn’t take centre stage on the brand’s dial. However, the skull is made of extremely rare Siberian woolly mammoth ivory, which is yes, extinct — a reminder that our time on earth is also limited. On the outlines of the dial, the signature capillary tubes are filled with black and transparent immiscible liquids, which go a full loop every 12 hours. 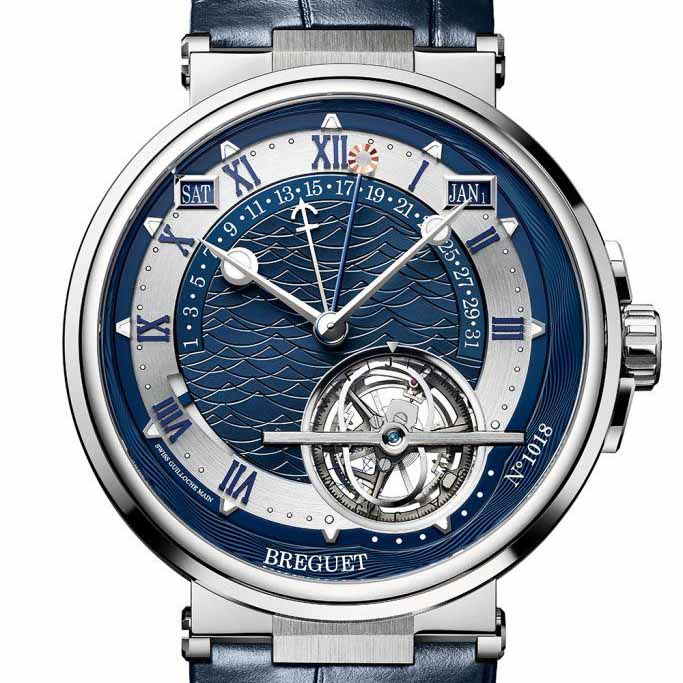 Breguet has had a decorated history in the world of maritime, so to commemorate this unique heritage, it launched this “Grande Complication” to debut its contemporary Marine collection. In celebrating the equation of time, the watchmaker has essentially added a sundial to the modern wristwatch, highlighting time according to the current position of the sun, which can vary by minus 16 minutes to plus 14 minutes compared to civil time. This watch indicates both times by means of two hands — one of which is a facetted golden sun. Complementing this running equation of time is a perpetual calendar, which displays the days, months and leap-year cycle. The date — run by means of a retrograde anchor-motif hand — sweeps across an arc from nine to three o’clock, giving impeccable visual appeal.