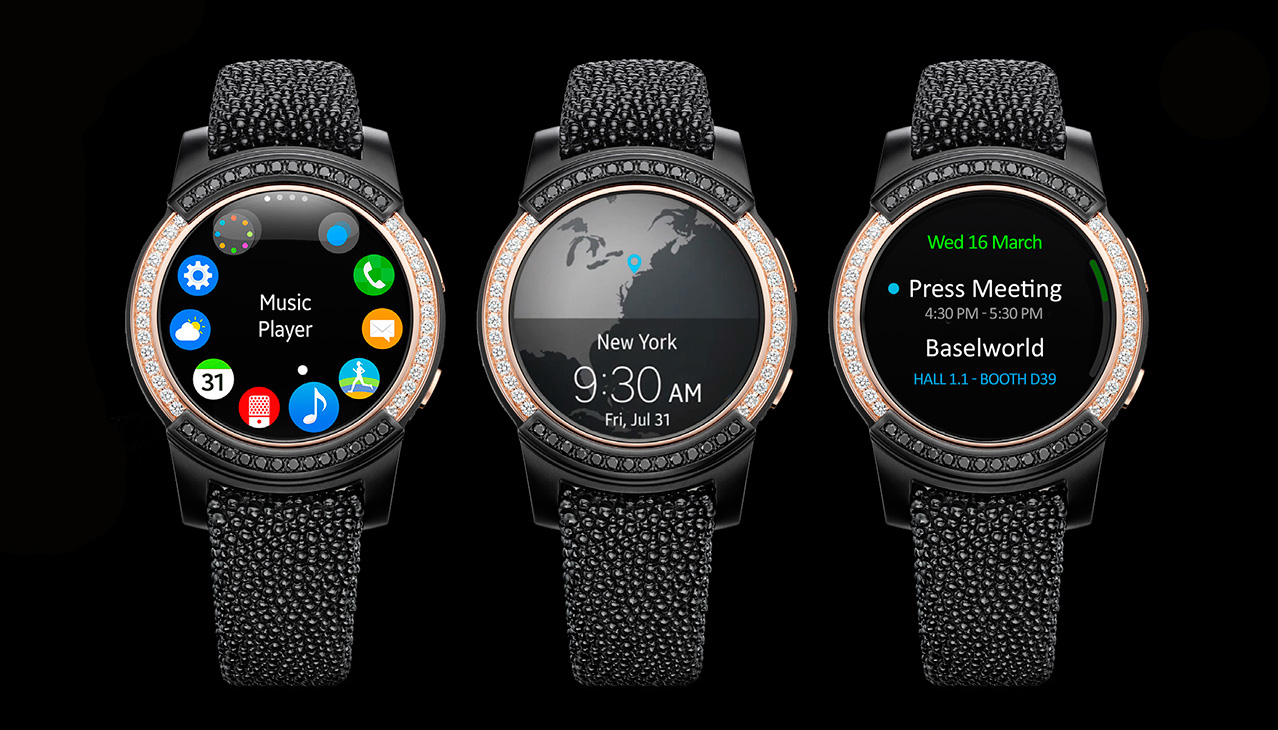 5 luxury smartwatches to stay connected with

Now that technology has become a big factor in the world of horology, classic watch manufacturers such as Frederique Constant and Breitling aren’t content to just sitting this one out. Merging luxury with their technical know-how, these big names are churning out smartwatches that are turning the tides and stealing the spotlight away from Apple, Samsung and even Fitbit. Not sure which smartwatch will suit your needs? Here are five to get you started on your unique timekeeping journey. A high-tech blend of wireless connectivity and quartz timekeeping, the Breitling B55 Connected Watch is part digital and part analog. The watch connects to a smartphone via Bluetooth LE to add functions such as a second timezone, chromo flight time logs and even reminder vibrations, so it’s little wonder this nifty Swiss-made gadget is marketed towards pilots. Running on the SuperQuartz movement — capable of keeping time up to ten times more accurately than standard quartz — the analogue display will provide smartwatch-style updates such as incoming calls and even Facebook notifications, so you’re at the top of your social game, always. At a cost of SGD11,950, you don’t need to be a pilot to afford it. 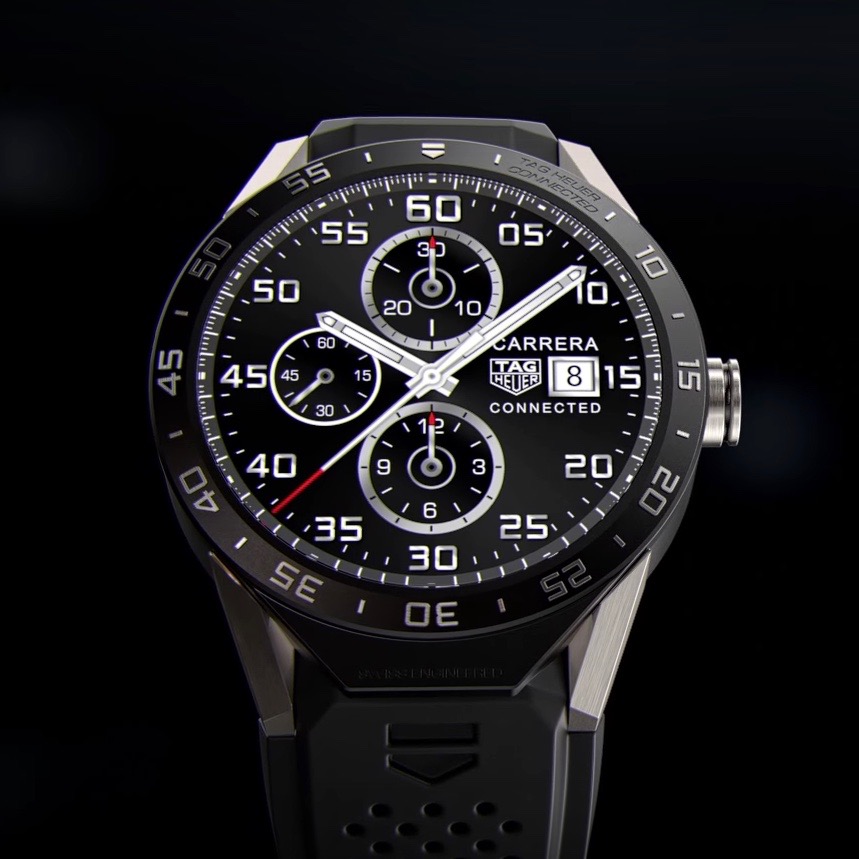 Chunky, angular and inarguably very manly, the TAG Heuer Connected is not for the dainty-wristed. While it’s more aggressive-looking than the sleek Apple smartwatches, this one isn’t any less technologically adept. This big guy also transforms to your whim and fancy — simply choose from a range of TAG Heuer faces (inspired by the company’s analogue watches). Programmed with Android Wear software, the smart watch connects to both Androids and iPhones to showcase notifications. 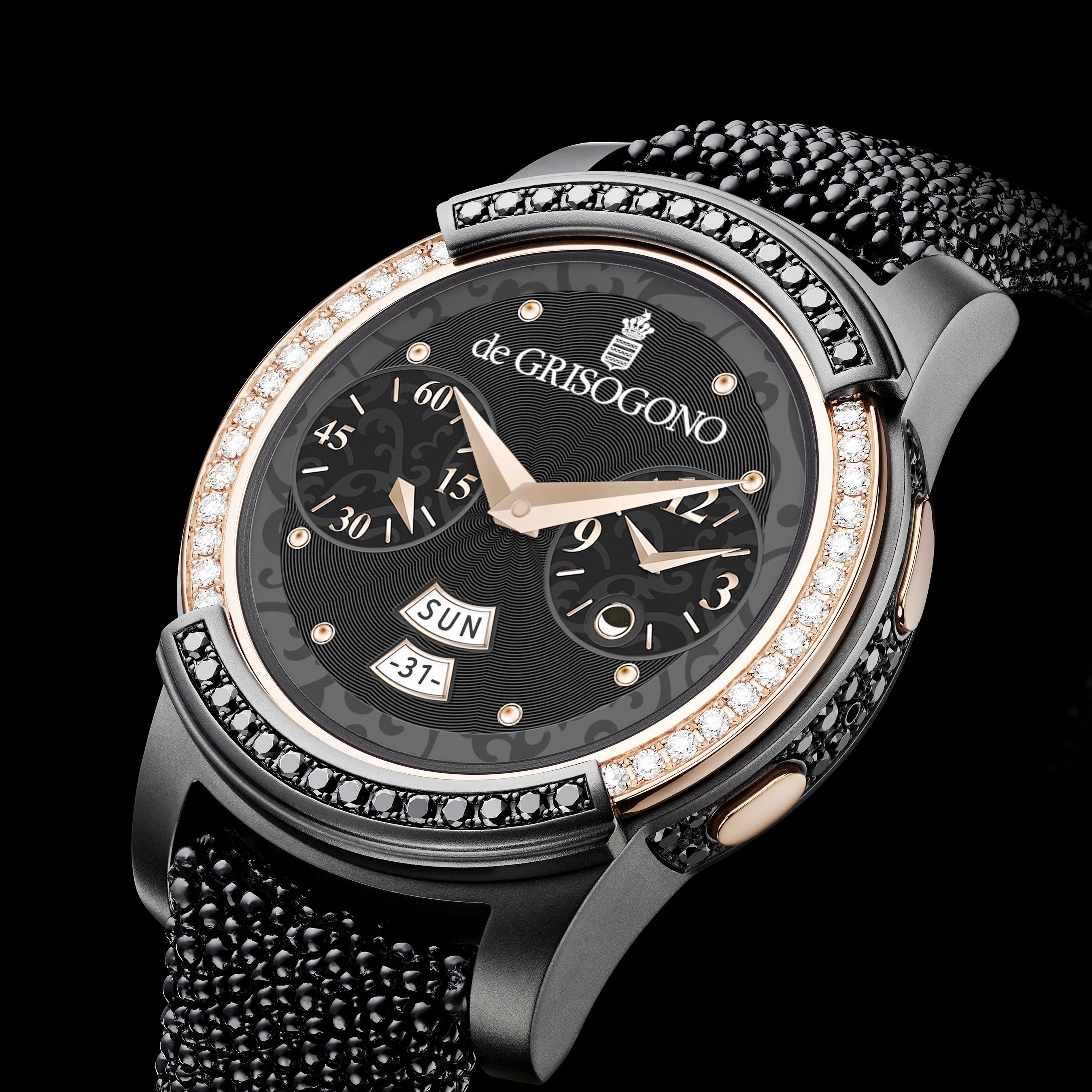 Not everyone is satisfied with a metal-clad S2 watch, which is why Samsung has collaborated with jewelry manufacturer de Grisogono to make a limited edition Gear S2 that’s swathed in black and white diamonds, complete with a strap made from stingray skin (a de Grisogono favourite) that holds the rose gold body. Like the TAG Heuer Connected, the watch sees two dedicated custom watch faces — in black and mottled silver — with two additional ‘dials’ that show day/night, power reserve meter and small seconds counter. Other S2 specifications remain: the 41mm model has a 1.2-inch AMOLED screen that runs Samsung’s Tizen-based operating system. Did we also mention it costs SGD20,800? 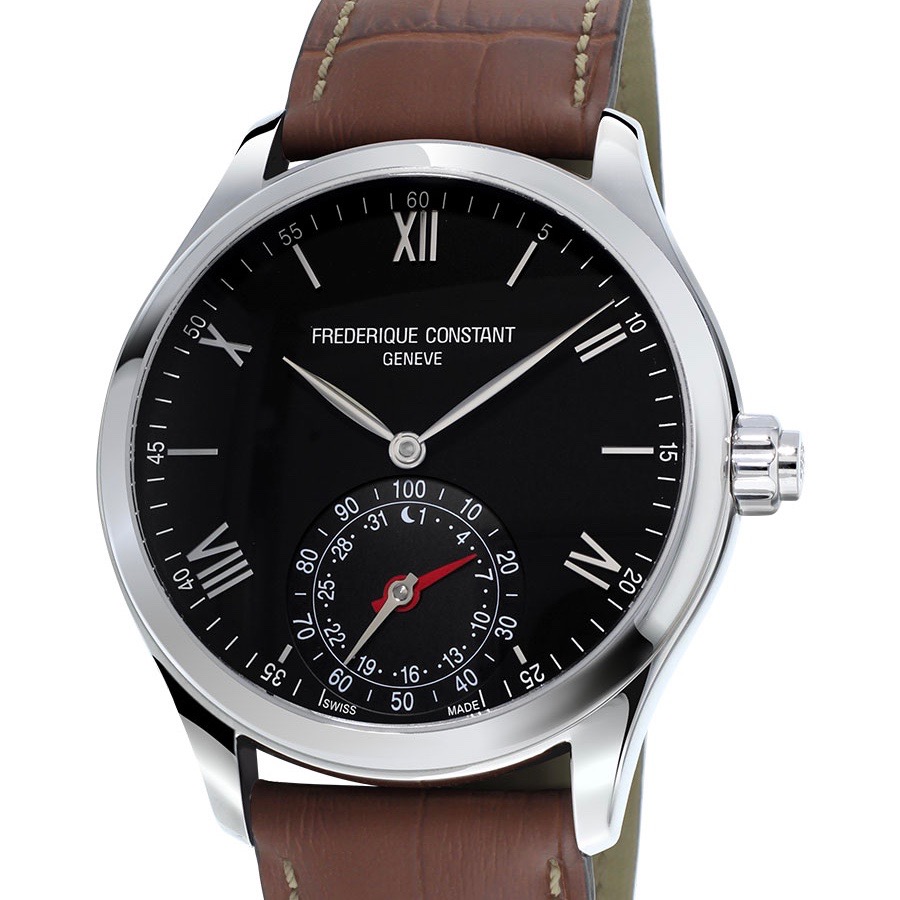 Frederique Constant isn’t known to make mediocre watches, and its smart watch follow in the same footsteps as its analogue siblings. Based on the MMT’s (Manufacture Modules Technologies) smartwatch platform, the Swiss-made timepiece has a sundial for its built-in accelerometer that tracks steps and sleep. Despite not being a traditional, fully mechanical Swiss-made watch (the watch runs on quartz movement — there’s still the unmistakable elegance and luxury of a Frederique Constant timepiece. If you still find it hard to give up analog for digital, Montblanc has found the middle ground for you. Launched with the Timewalker Urban Speed collection, the optional e-Strap is where the technology is at. An electronic module made from DLC (Diamond-Like Carbon) is attached to an ‘Extreme Montblanc Leather’ strap that boats a sporty carbon fibre texture. With a 0.9-inch monochromatic OLED touchscreen display, this module isn’t exactly revolutionary, but it’s also more than a mere notification device. Besides the usual email, texts and social media trackings, it will also keep tabs on y our activity level with a pedometer and accelerometer. It will also act as a remote phone camera trigger and can even locate your phone via Bluetooth.