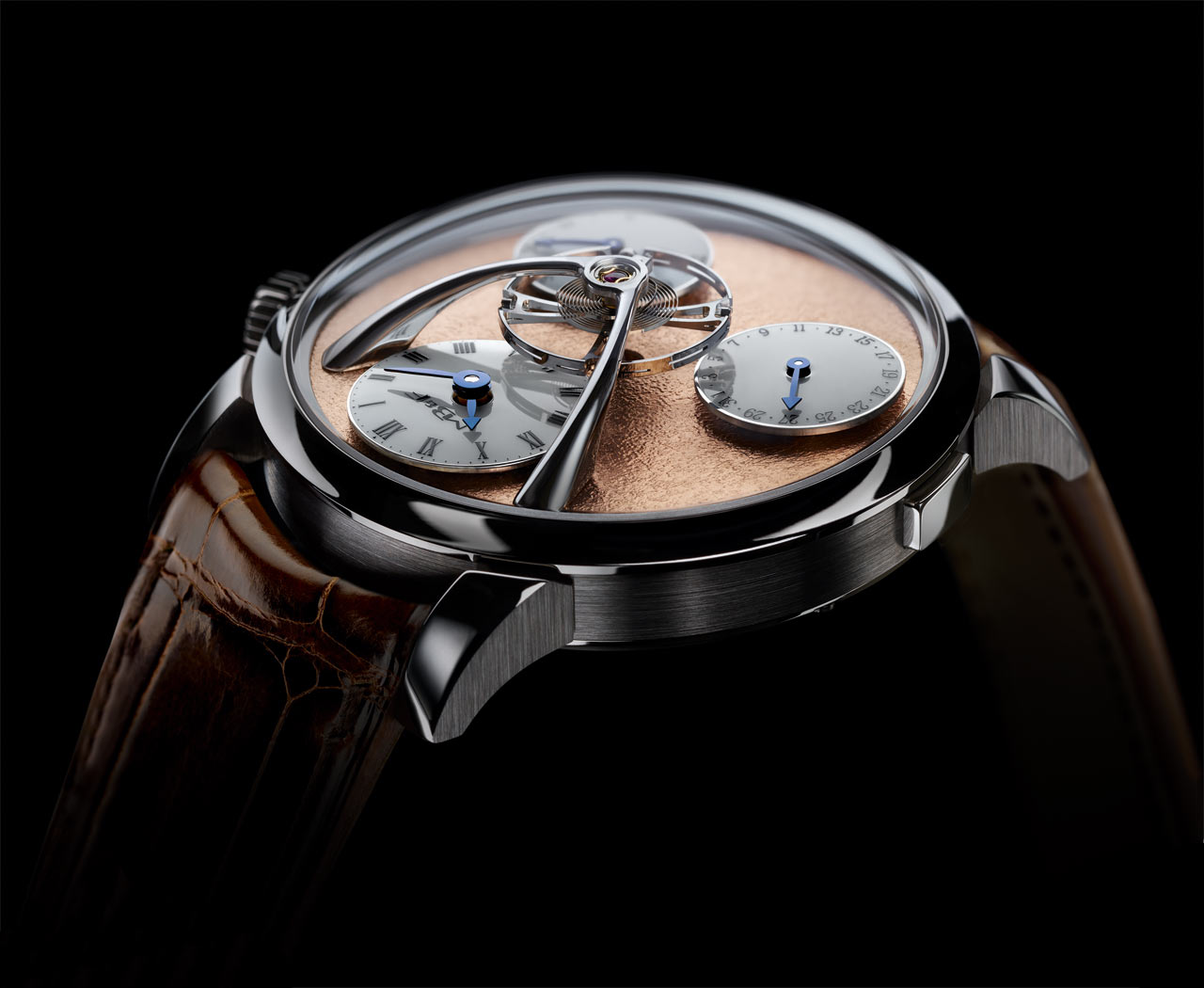 6 new watches to invest in for maximum bragging rights

If you’ve been finding it hard to keep track of the latest wrist candy on the market, we’re here to help. The watch industry is still abuzz with new watches despite most of the biggest watch shows being over. However, in an age where new do-it-all tech wearables are becoming the norm, manufacturers are finding that they have to seriously ramp up efforts to keep fans loyal to the old-fashioned art of mechanical watches.

These new watches might lack a computerised brain that would also tell you the weather and pick up your texts, but they more than make up for it with their exquisite craftsmanship, unique quirks, and collector’s status. Some are limited edition, while others are timeless classics with a fresh makeover.

The fact is that a well-made timepiece will never lose its appeal, and will never be rendered obsolete even if a newer model rolls out. Quite the contrary, yours might be worth more as the years go by. The same can hardly be said about wearables, unfortunately. From an all new Legacy Machine model by MB&F and a cycling watch inspired by a Formula One driver, to a Laureato in black ceramic, these are the new watches you might want to consider having on your wrists for maximum street freshness. Now that every respectable watchmaker has hopped onboard the ceramic bandwagon, Girard-Perragaux has finally decided it was time to do the same. Its signature Laureato now comes in the scratch-resistant material, albeit brushed and blacked out for maximum rock ’n’ roll effect. Like its steel and gold counterparts, this Laureato also has a clous de Paris, guilloche dial, sword-shaped hands and indices, and the in-house automatic calibre GP1800-0025. Unlike the regular ones though, it also has a grey tinted sapphire back in keeping with the obsidian theme. Breguet knows the way into the hearts of its Japanese fans. Achingly beautiful in its simplicity, this “Ginza Anniversary” is a mix of unusual yet classical features. The dial is blue grand feu enamelled — a first for the brand — and successfully veers away from the traditional white versions. The italicised Breguet-styled numerals are made of powdered platinum while the hands are rhodium-plated, and like other Breguets, also have the “secret signature” faintly engraved above the six o’clock mark. Within the timepiece is the calibre 777J (for “Japan), which is based on the Classique 5177BB/29/9V6, but sans the date display. Conceived to mark the 10th year of the Breguet boutique in Ginza, this watch is a limited edition of only 10 watches. 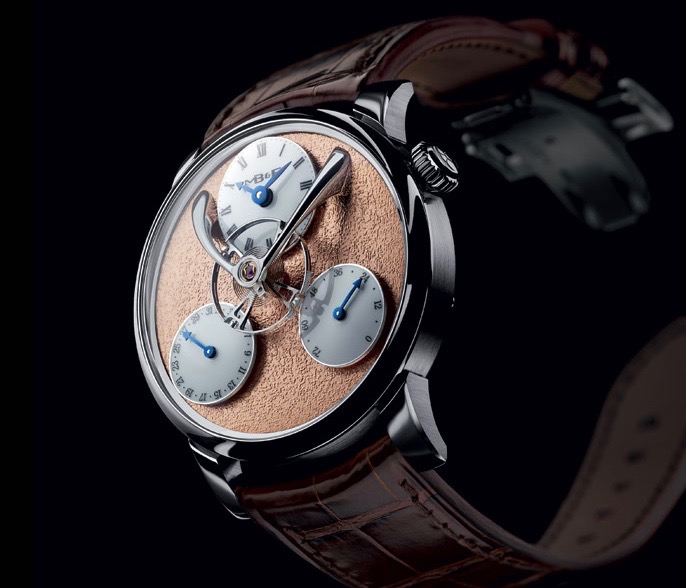 As the fifth in the Legacy Machine series, MB&F has done away with conventional numerical naming and gone for a more straightforward approach instead. The ‘Split Escapement’ system — originally made for the Perpetual Calendar variation — was once designed for practical reasons of separating the balance wheel and hair spring from the anchor on a lot arbor. This left the oscillating balance wheel on one side of the dial and the anchor and escapement wheel on the other. This nifty little trick has now taken centre stage on the watch, as it sits above the frosted dial, three subdials, and suspended 2.5Hz frequency balance wheel mechanism. 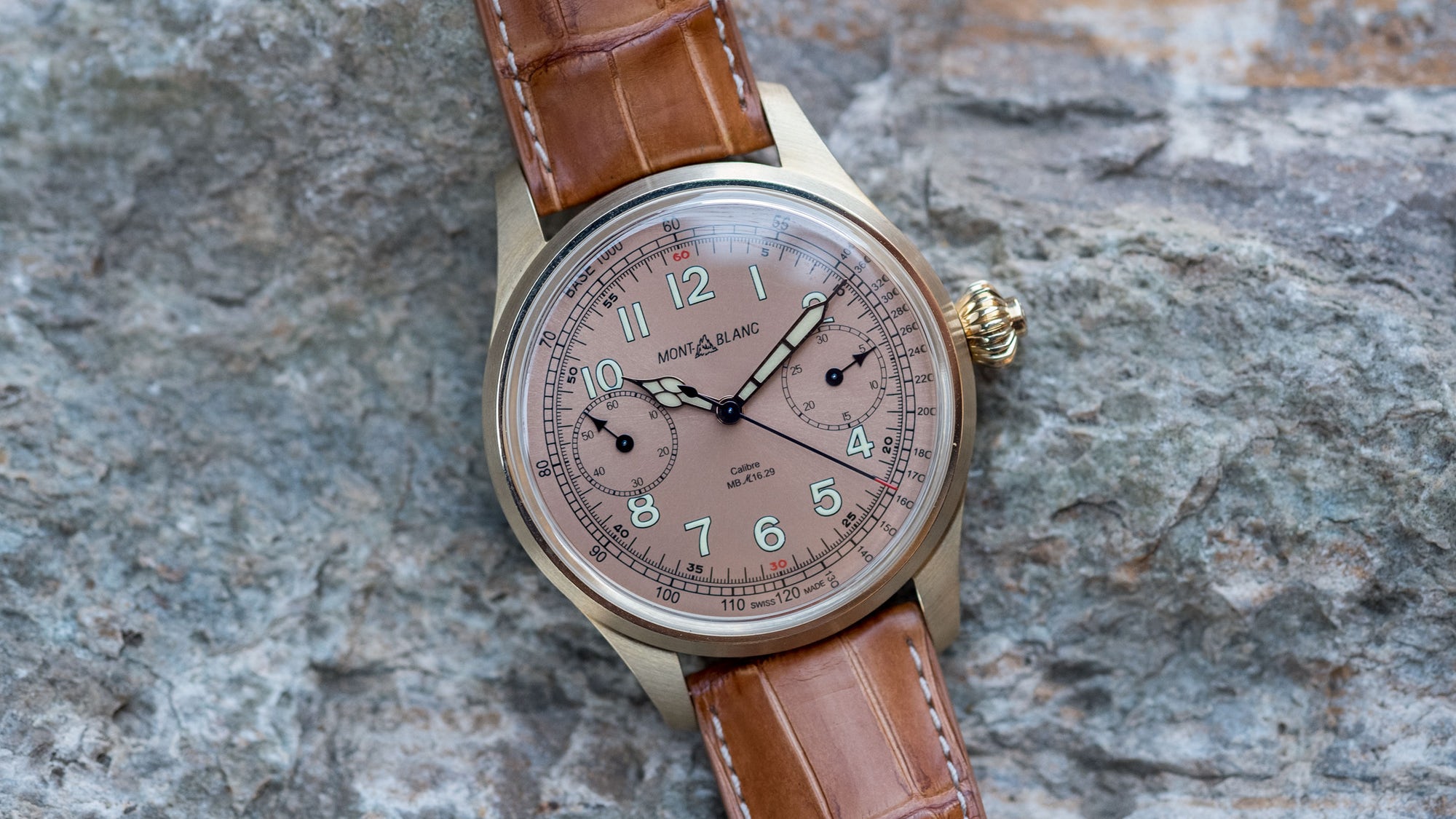 Montblanc’s brave venture into retro-aviation styling on the 1858 Chronograph saw bronze becoming the unlikely candidate for its case, but it was a huge success. Now, the oxidising alloy makes a return, only the champagne dial makes way for a salmon-hued one. The subtle yet striking colour works with the brushed metallic finish of the 44mm case, which — if all goes well — will oxidise to a muted brownish tone over time. Inside is an old-school MB M16.29, which was originally designed for a pocket watch, and hence the watch’s large size. Definitely one of the classier ways to prove that real men wear pink. In what is possibly be the most expensive cycling accessory you could possibly own, the RM70-01 is a 30-piece limited edition tourbillon that’s inspired by not one of Tour de France’s legends, but by a Formula One stalwart. The S$1.1 million timepiece is fashioned out of naturally-grained carbon TPT in an asymmetrical ergonomic design. The watch is extremely lightweight, and brags a mechanical odometer to display the overall distance you’ve covered — so this watch is not all fluff. After the entire Pokemon fleet, it was only a matter of time before everyone’s favourite mouthless cat also made its way onto a Romain Jerome watch. Standing against the sand-blasted and satin brushed ‘pixelated’ dial with her signature waving pose is Hello Kitty, fashioned in glossy hand-painted lacquer. The unique case is inspired by the moon landing crafts of the Apollo-era, with the strap attached by an integrated ball and socket joint.