Held over five days, the Salon International De La Haute Horlogerie (SIHH) is set to take over Palexpo in Geneva from 16 to 20 January 2017. Next year, the highly anticipated 27th edition looks set to be a special one as it broadens its horizons with nine new artisan-creators and independent workshops such as HYT and MB&F joining the 15 established Maisons that have made quite the name out of the annual event.

Here, we bring you six watches that are set to showcase at SIHH 2017 to give you a feel of what’s to come in the coming year of the horological world. 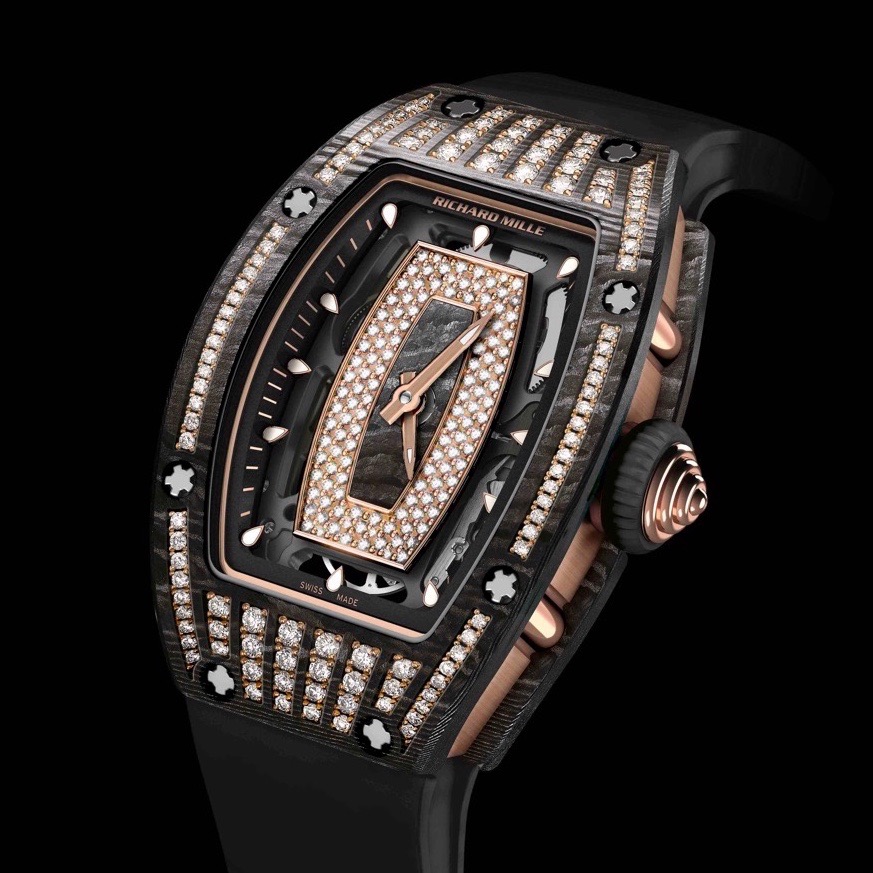 Men first got a taste of Richard Mille’s North Thin Ply Technology (NTPT) carbon back in 2013 when the eponymous Swiss watchmaker first debuted the series. The material is perhaps better known in the world of racing yachts, where it’s used in the sails. Now, ladies can also get their hands on their very own carbon timepiece from the brand. The RM 037 is equipped with the in-house automatic CRMA1 movement, a nifty timepiece that looks every bit as decadent as it is intelligent. At its 12 o’clock sits an oversized date display and at 4 o’clock, a pusher which enables the selection of functions — “winding”, “neutral” or “hand-setting” — just like a car’s gearbox. Of course all these are going to be hard to notice when there’s close to 250 diamonds set throughout the timepiece’s bezel and watch face. Ulysse Nardin brings the undeniable charm of burlesque dancers to watches with the Hourstriker Pin-Up. Limited to 28 pieces, there really isn’t enough of these to satisfy fans around the world, but for a good reason. Each of the heeled dancers on this watch — with her modesty barely hidden by an plumage of peacock feathers — are painstakingly painted by in-house miniature painters with acrylic, and can take up to 90 hours to complete. Beyond this art is an hourstriker function, which rings out the time on the hour, half-hour and whenever the pusher is engaged, revealing her curvaceous figure as the peacock moves. Very cheeky. Such an ambitious project could only be accomplished by a handful of watchmakers, Cartier being one of them. For the first time ever, the French luxury manufacturer pairs its renowned Mystery complication with a minute repeater, and then places a double tourbillon within the heart of the Mysterious design. This will give you a full display of the tourbillon, which not only rotates itself every 60 seconds as usual, but the entire mechanism also rotates itself within the circumference of the dial every five minutes. Activate its pusher at 4 o’clock, and a rich eight-harmonic tone chimes to the time. Given its technicality, the titanium version is a limited edition of only 50 pieces at an eye-watering US$449,400 (S$637,000) each. Platinum and 7-carat diamond-pavé dial variants are also available for those not satisfied paying more than half a million dollars. Inspired by the Radiomir ref 3646 prototypes manufactured for trials by the Italian navy in the ‘30s, Panerai’s historical remake sees the dive watch resurface in all its unique 12-sided bezelled form, proudly engraved with the proclamation “Officine Panerai — Brevettato”, which means “Panerai Workshop — Patented”. Then you’ll notice the watch’s dial, its brown “tropical” face a replica of the discolouration that used to occur on vintage lacquered watches. Powered by the manual-winding P.3000 calibre — a time-only movement that’s recognisable by its sizeable 3-day power reserve, independently adjustable hour hand and lack of running second hands. The special edition 47mm timepiece is slated to retail for US$9,800 (S$13,900). 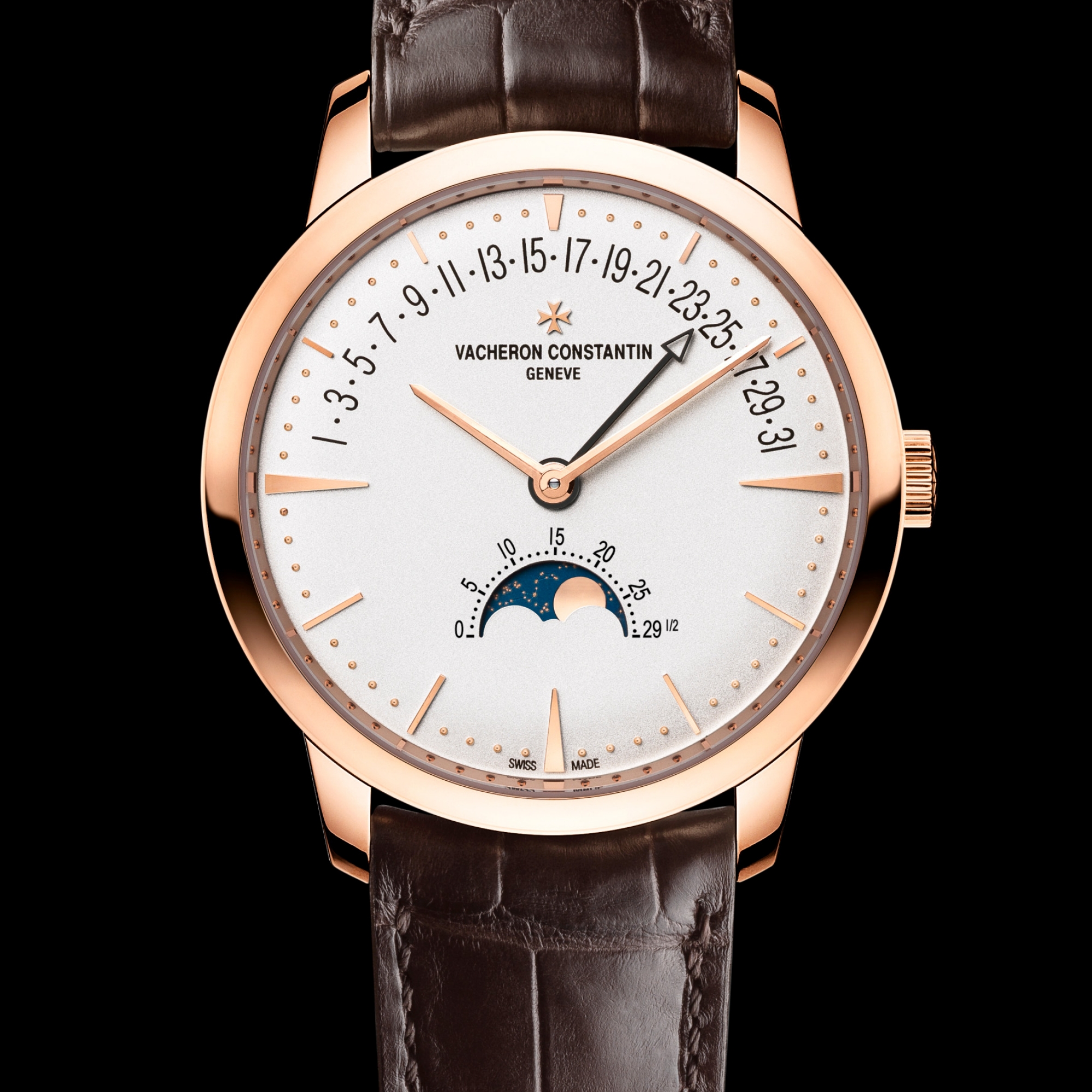 Vacheron Constantin’s latest addition to the Patrimony collection might harken back to the ‘50s, but the luxury Swiss watch firm has managed to make this one work for modern times. The 42.5mm watch is the second model in the range (the first being the Patrimony Retrograde Day-Date) to feature a retrograde complication that works its magic on the date display across 9 to 3 o’clock. Further south sits a stunning moon phase display, its moon disk rendered in the same gold alloy as its case for a cleaner, more harmonious look. The in-house calibre 2460 R31L powers the timepiece, beating at a suitably modern rate of 28,800 vibrations per hour. Bearing the prestigious Hallmark of Geneva badge, this watch will be priced at a cool US$39,900 (S$56,600). 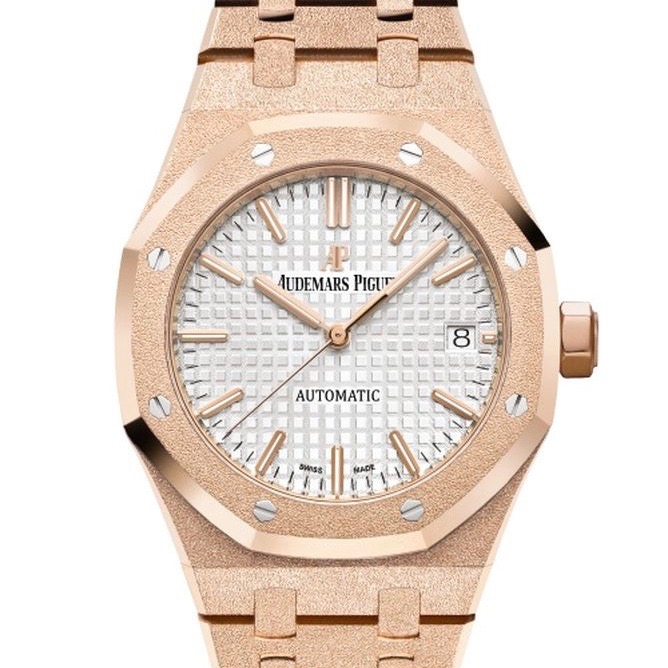 Back in 1972, Audemars Piguet first introduced the Royal Oak to the world to great success, but it was only four year later that the first version for women was introduced. In lieu of SIHH next year, the Swiss watchmaker marks 40 celebrated years of the iconic octagonal wristwatch in the best possible way: by releasing the signature timepiece in a new surface finish for the first time. Collaborating with Italian jewellery designer Carolina Bucci, the Royal Oak Frosted Gold watches are adorned with subtly textured cases and bracelets. Created using the Florentine technique, the finely hammered white or rose gold surfaces catch the light at every angle, and gives the dainty 37mm automatic watch a lot more visual interest than its traditional straight-grained counterparts.