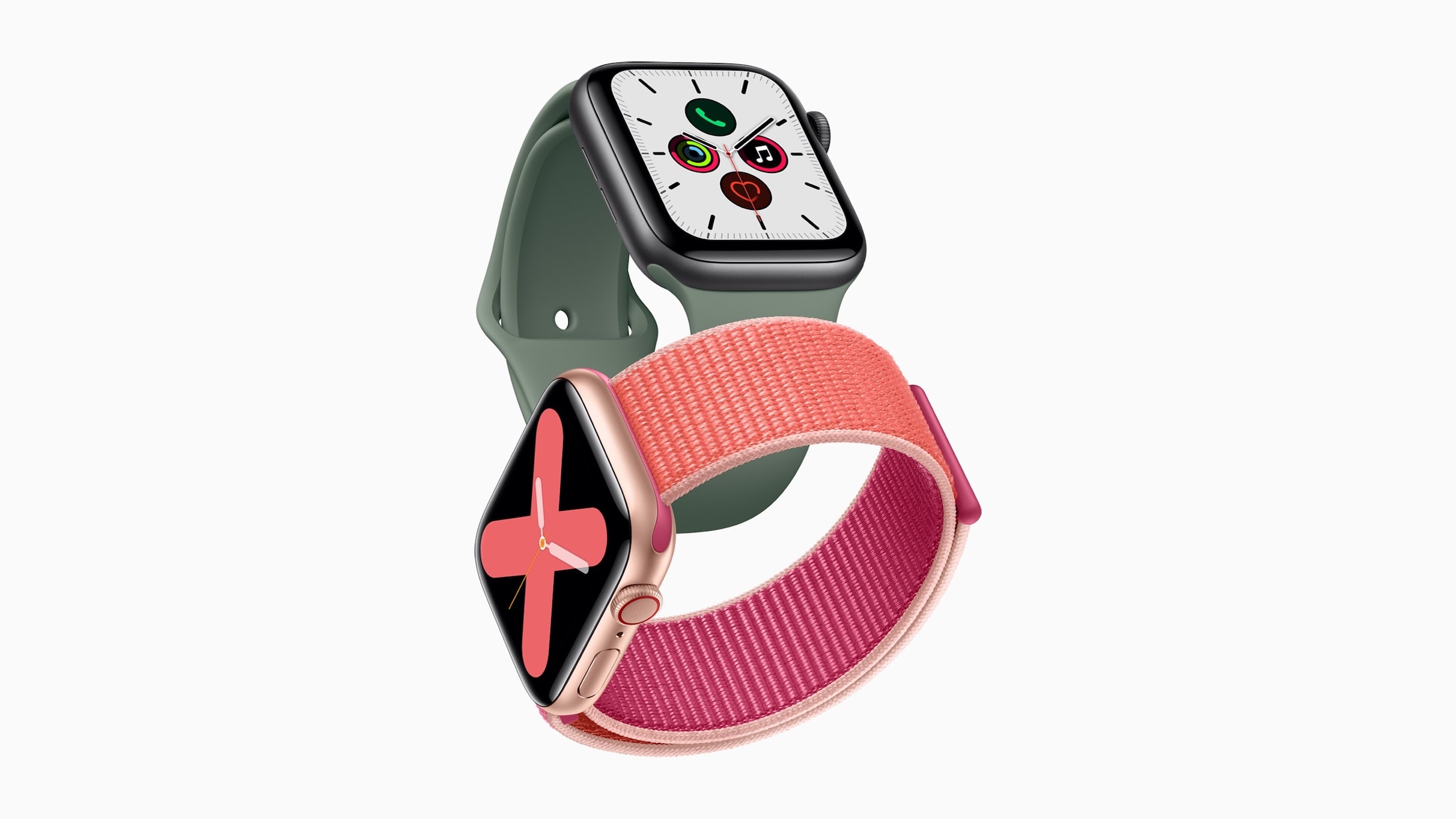 It’s impossible to have a serious conversation about the state of watchmaking today without mentioning the Apple Watch. In recent years, it has overshadowed traditional luxury watch sales — so much so, that in 2018 Apple became the No.1 watch brand in America (reportedly beating out the little-known family businesses of Rolex and Patek Philippe for the top spot).

Here’s a look at some of the key features below.

Let’s start with the obvious: as part of the Series 5 lineup, Apple will be offering a variety of ‘Edition’ models which measure 40 or 44mm, and are encased in titanium. Given that the Series 5’s overall build derives from the Series 4, adding executions in new metals is a decent way of refreshing the latter’s design (not to mention, get active fitness-focused Apple Watch wearers on the side). Two versions of the titanium will be available: one in a ‘neutral’ brushed titanium; and the other in a treatment Apple are calling ‘space black’ (read: DLC, or diamond-like coating).

Whereas mechanical watch lovers never have to contend with a dial that will drop into ‘standby’ mode — unless you count situations when the hands run down — the problem is endemic to wearable tech. This led to a situation whereby users had to raise, shake or otherwise actuate their hands in order to ‘wake’ the watch up (ostensibly to do something as mundane as, oh I don’t know, read the time). But no more.

In response to popular demand, the Series 5 is the first Apple Watch to be equipped with an ‘Always-on’ retina display: persistently showing — unlike previous generations — a range of essential information that includes the time, temperatures, cardiovascular rate, and much more. This upgrade might seem like a small fix, but in order to meet Apple’s own stringent “all-day 18-hour” policy on battery life, the company’s engineers had to make some adjustments. Chief among these is an intelligent lighting system — one that adjusts brightness levels based on whether you’re looking directly at the dial. It seems like a minor upgrade — but the implications for user-friendliness are, in fact, massive.

Additional health and fitness features courtesy of the watchOS 6

This is perhaps the most perfunctory part of the Series 5 debut, but it’s definitely worth noting that for the latest OS, Apple are doubling down on their segment-leading work in health & fitness consumer tech. Like its predecessors, the watchOS 6 introduces a host of new ‘complications’ (alas, there’s no virtual tourbillon guys) that are meant to help you better monitor your own vital signs.
Importantly, there are two apps that are new to any Apple product: the Noise app helps customers monitor the sound levels in their ambient environment, going so far as to ‘alert’ users when noise reaches 90 decibels; whereas the Cycle Tracking app can be used to log data relating to a female user’s menstrual cycle (the goal is to help offer more accurate forecasts around upcoming fertility and menstrual cycles). For the first time, wearers are also able to access and purchase from the App Store independent of an iPhone.
This article was first published on Lifestyle Asia Hong Kong.

Here’s how the most sustainable watch brands are saving the earth, one timepiece at a time