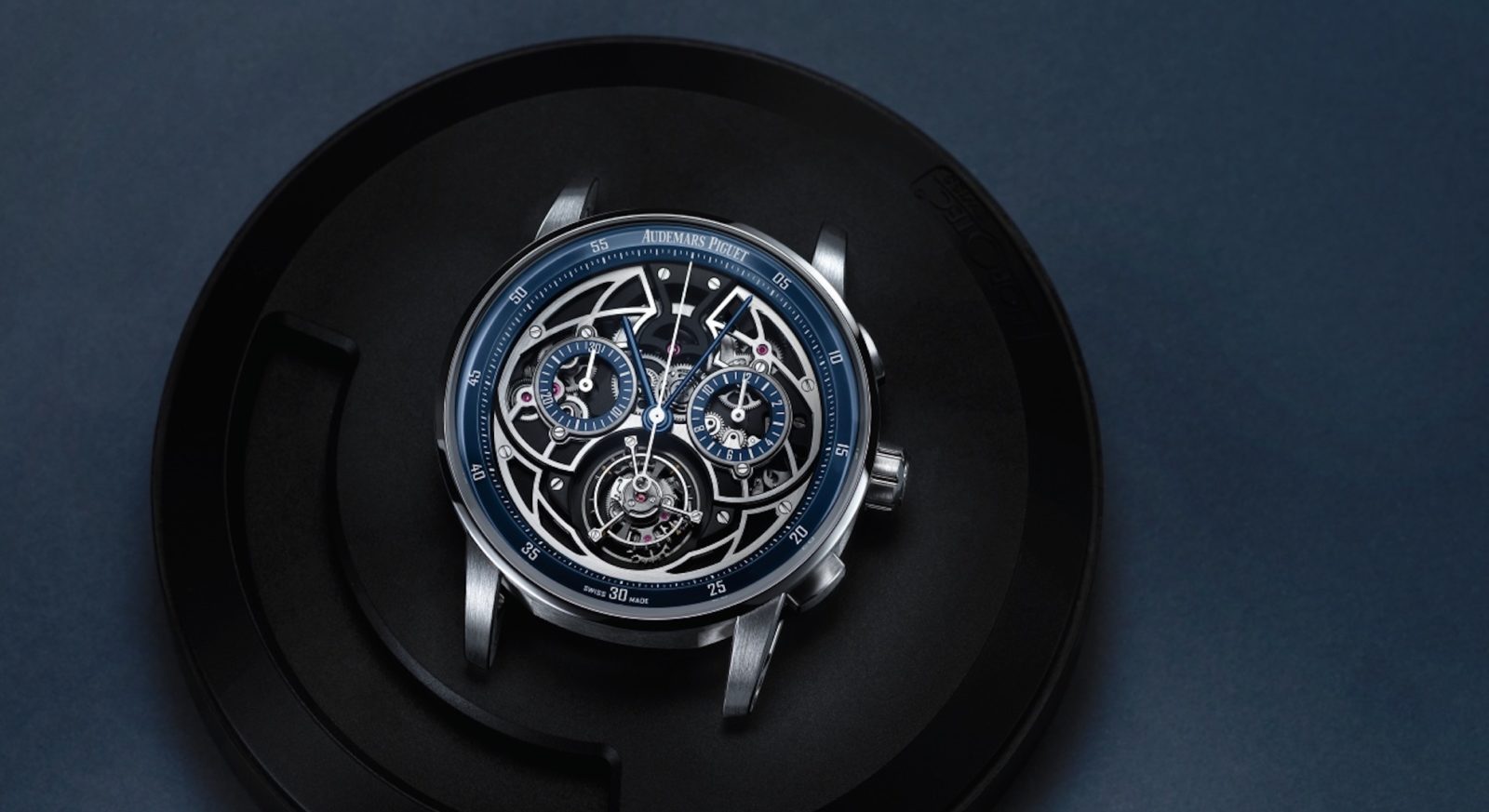 The Le Brassus leviathan takes aim at detractors of last year’s Code 11.59 launch — revealing a new addition to the collection, sporting an original movement and a bold, new(ish) aesthetic direction.

I don’t think anybody will disagree that the arrival of AP’s burgeoning Code 11.59 collection was met with — how shall I put this? — a somewhat dramatic reception.

Within hours of the first news coverage, watch enthusiasts around the globe were hurling all-caps obscenities at the pieces. Many appeared personally infuriated by the direction AP had chosen to go with these high concept multi-shaped watches — with much of the vitriol coalescing around the time-and-date models.

Now, over a year and a half post-launch (and several iterations later) the brand may have stumbled onto the Code 11.59 sweet spot: presented here in the form of a complicated, heavily skeletonised model which does away with much of what enthusiasts detested in the first place; whilst preserving the distinctive qualities of the range.

It’s important to remember that this new tourbillon/flyback chrono isn’t technically the first openworked model in the collection. That distinction goes to a unique Code 11.59 tourbillon that AP made for the Only Watch charity auction last November. At pre-sale the piece was expected to fetch somewhere in the realm of CHF240,000. It hammered for a million.

Besides setting a mighty precedent for collectability, that ‘Only Watch’ piece unique was also instrumental in shaping the aesthetic direction for this new Code 11.59. Both watches follow the same basic premise, layering the bones of the movement (i.e. rhodium-clad bridges) onto a black main plate. That immediately gives wearers plenty of contrast and helps to visually emphasise the gargantuan amount of work that has gone into skeletonisation. To accommodate the flying tourbillon, AP’s watchmakers emplaced it where you’d usually find the chronograph’s running seconds — a small compromise that I think benefits the movement in the grand scheme of things.

The arching bridgework and almost aggressive amount of anglage (done using the traditional hand-method that involves gentian wood) feel right at home alongside the other signature Code elements, imbuing the whole piece with an energetic feel that is lightyears away from the flat, somewhat forgettable configuration of the original three-handers.

And lest we forget, the movement powering this release (Cal. 2952) is an in-house take on two distinctive complications — either one of which is already a challenge to design, build and integrate on its own. Somehow — don’t grill me on the specifics — AP’s watchmakers have even managed to tweak the calibre for efficiency and precision. Despite the substantial energy reserve needed to run both a flyback chronograph and tourbillon, the watch can be left unattended for 60 hours. A 21,600vph operating rate also gives it above-average accuracy, suddenly turning this from a ‘conversation piece’ into a very legitimate contender for daily wear. To my mind, that’s much better use of your wrist than simply settling for the hour and minute.

The Audemars Piguet Code 11.59 flying tourbillon chronograph is limited to an edition of 50 pieces, available exclusively at brand boutiques. It is priced at CHF240,000 (approx. S$356,290). To learn more, visit Audemars Piguet online.

Style Watches Audemars Piguet New Watches 2020
Randy Lai
Editor
Having worked in the Australian digital media landscape for over 5 years, Randy has extensive experience in men's specialist categories such as classic clothing, watches and spirits. He is partial to mid-century chronographs and a nice chianti.
Style Watches Drinks Tailoring Travel