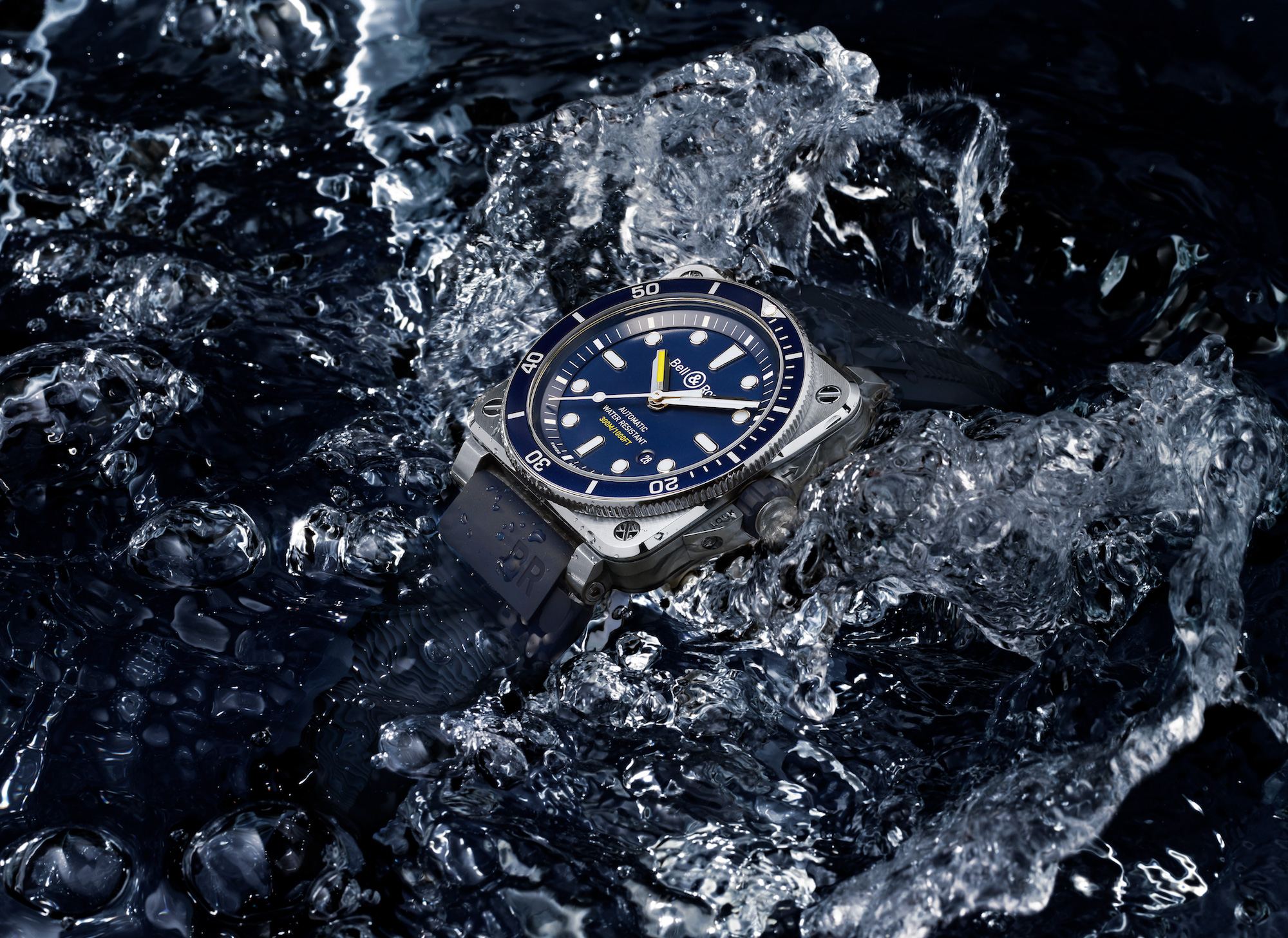 When the first commercial dive watch was created in the 1920s, it sparked a revolution. With water-resistant technology, this horological breed splashed into the world as tools that helped divers go the distance, monitoring the time one spent underwater — a function we know is crucial to sustaining life.

Still, the new millennia begot electronic devices that surpassed the use of a diving watch. Until today, decompression meters have become the default choice for many deep sea adventurers, but that usurpation did not stop dive watches from being coveted, and we can attribute its everlasting appeal to form, far more than function.

Bell & Ross’ BR03-92 Diver Black is the quintessential example. Launched at Baselworld in 2017, the BR03-92 was the latest iteration in a long line of dive watches from the French label.

The technology within is beyond sound, and we would expect no less from the creators of the Hydromax, a tank of a watch that can descend into depths up to 11,000-metres.

The BR03-92 meets ISO 6425 standards, so it is water and pressure-resistant down to 300-metres, with a helium release valve, making it a timepiece that can even service extreme diving professionals (to put things in perspective, recreational divers don’t usually go beyond 40-metres).

Sheltered in hardy sapphire crystal, the onyx dial has numerals that bear indices and numbers filled with Superluminova, so it is photoluminescent even in waters with little to no visibility.

All the functional boxes are checked, but what truly sells the BR03-92 is its visually-enticing square case, a Bell & Ross signature. It is also the first dive watch to be housed in an angular facade, and while some may question that detail because rotating bezels are essential to a watch of such a nature, the design in no way hampers the diver’s need to keep time when submerged. One does not need to traverse the depths to appreciate this rugged beauty, as it makes quite a statement on the wrist even above water.

A year later, Bell & Ross has updated the stellar BR03-92 in two new colourways, the Diver Blue and Diver Bronze, to captivate a crowd enamoured with the Diver Black’s structural beauty.

At the official Southeast Asian launch in Langkawi, we saw and toyed with the timepiece firsthand. Both retain the specs and identifiable, aeronautics-inspired dial of the pioneering BR03-92, with subtle facelifts to certify its freshness.

With colour cues nabbed from the Kirby Morgan Superlite-17, a modern dive helmet, the Diver Blue trades the classic black and orange combination of its predecessor for a sleek navy dial and bezel, along with a yellow hour-hand. The comfortable rubber strap is in an equally understated blue, and, with the rugged steel case, this edition makes for the perfect buy if one seeks to deviate from muted black.

Instead of classic chrome steel, the Diver Bronze counterpart gets a material overhaul, with a brushed bronze alloy case and bezel, as well as gold-plated indices that pay tribute to antique Siebe diving helmets.

Flip to the steel caseback, and you’ll find an etching of that very helmet — a pretty cool Easter egg. To accentuate the vintage allure, the watch is fitted with an aged leather strap, making it the debonair brother to the contemporary Diver Blue.

Oceanic timepieces may no longer be revered for its utility, but the new editions of the BR03-92 still demand attention because it has brought a functional blueprint to visually-enticing heights, both on land and sea.

The Diver Blue BR03-92 is now part of the permanent Bell & Ross line. The Diver Bronze BR03-92 is limited edition, with only 999 pieces worldwide.

Bell & Ross BR03-92 diving watch bell & ross br03-92 br03-92 diver
Beatrice Bowers
Features Editor
Beatrice Bowers writes about beauty, drinks, and other nice things. When not bound to her keyboard, she moonlights as a Niffler for novels and can be found en route to bankruptcy at your nearest bookstore. Don't tell her boss.
Drinks Beauty