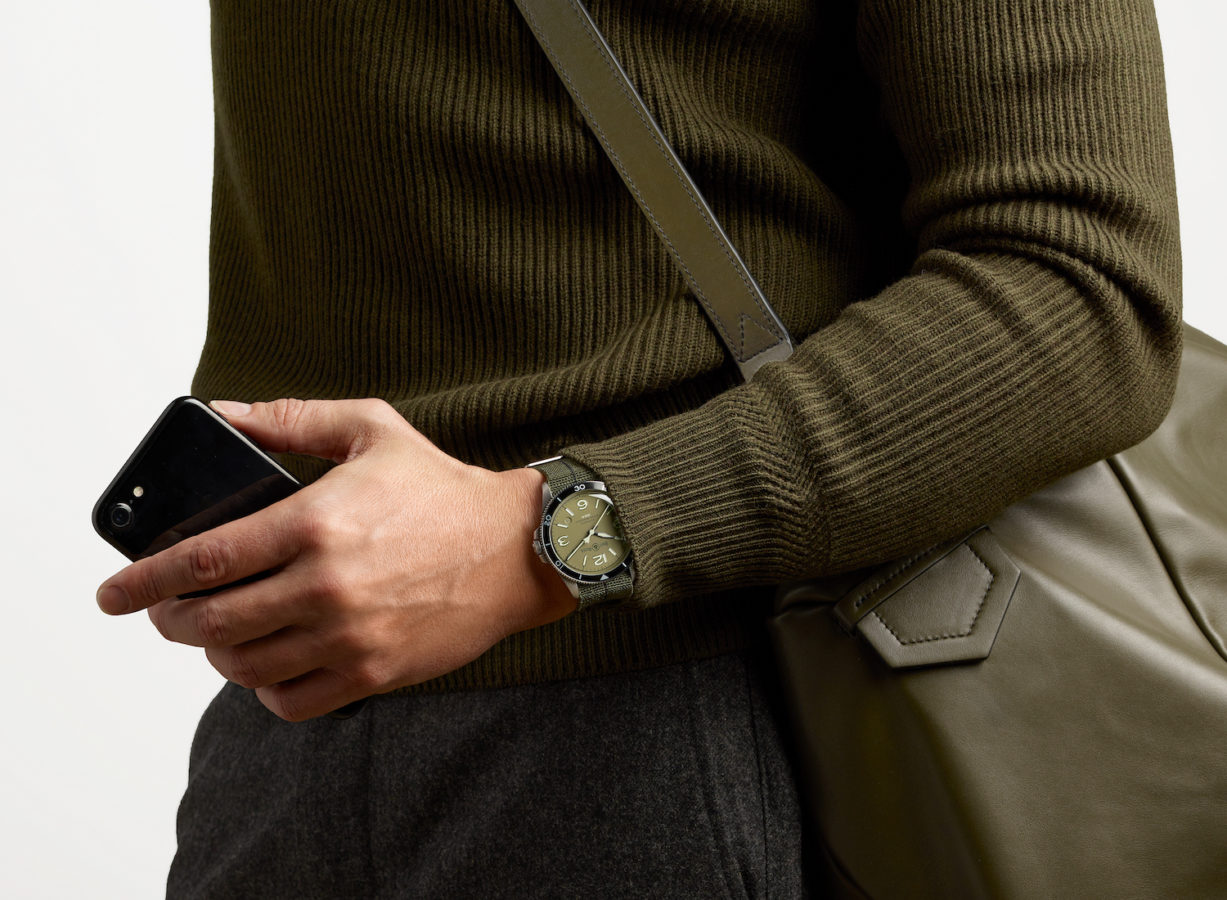 Style
Bell & Ross salutes the land, air, and sea with a trio of new BR V2 timepieces
Share this article
Next article

Baselworld 2020 might be slated for April but Bell & Ross knows that time is of the essence here, and isn’t waiting till then to announce its trio of new BR V2 timepieces.

The firm’s V line might be a sharp deviation from its trademark square case shape thanks to its round silhouette, but has still managed to exude the same quiet confidence and reliability as its more angular counterparts.

This year, the BR V2 family has been updated to reflect the sea, air, and land trifecta. With its roots deep in military history, Bell & Ross has always paid tribute to the functional and aesthetics archetypes of these instruments. All these are translated into timepieces by way of reliability, legibility, precision and functionality. Add a pinch of modernity, and you’ve got yourself a watch perfectly suited for the urban explorer.

Despite falling under the same badge, fans of the brand will revel in the fact that each of these three watches — the BR V2-92 Military Green, BR V2-94 Aéronavale Bronze, and BR V2-93 GMT Blue — have been thoughtfully designed with their own funtion, colour, and material. Inside, all of them are powered by a Swiss mechanical movement with automatic winding, and are secured using a ‘NATO Stretch’ strap, created using upcycled parachute straps.

We break down the new collection for you below:

It’s obvious the BR V2-92 Military Green was designed to take on the land. Taking inspiration from the military and the men who first used the wristwatch as a fundamental instrument instead of a mere accessory, this sporty-chic civilian version the BR V2-92 incorporates elements of nature with its green colourway and stays faithful to military-grade technical specifications.

An anti-reflective matte khaki dial lends legibility throughout the day, especially come dark when set against the green-coloured Super-Luminova hands and hour markers. The 41mm round steel case is then adorned with a black bi-directional rotating bezel in anodised aluminium, which can be used to measure short periods.

Aesthetically, the BR V2-92 Military Green is nothing short of robust. A date window sits discreetly at 4.30, well hidden from plain sight in keeping with the idea of stealthiness.

The Aéronavale collection has been Bell & Ross’ way of paying homage to the French naval officers. This year, the collection gets upgraded with a 999-piece limited edition: the BR V2-94 Aéronavale Bronze.

Dressed in the same ceremonial colours as the officers’ uniforms, the sea-representing chronograph sports an elegant navy blue that’s matched with bronzed elements. For those not savvy to the world of bronze timepieces, the material — although less pricier than its gold and titanium counterparts — is just covetable for its ability to develop a unique patina over time.

In the dark, the warmth of the bronze and navy blue are eclipsed by the bright boldness of the white Super-Luminova hands, chosen specifically for extra legibility. The chronograph incorporates two sub-dials to evoke the “bi-compax” chronographs from the ‘60s, complete with screw-down pushers for an extra vintage feel.

Further up in the hemisphere, Bell & Ross has all pilots and globetrotters in mind with the BR V2-93 GMT Blue, especially since it features one of the most indispensable complication for these jet-setters — the dual time zone. Even though it’s a modern take on “tool watches”, the GMT Blue doesn’t forget its long-time roots in the skies.

The blue sunray dial is a nod to the prestigious world of air travel and long transatlantic trips, and if you look closely, you’ll see that the second hand counterweight is subtly shaped like an aircraft. Even the bi-directional rotating bezel gets the trendy half-half treatment too; the two-toned anodised alumnium bezel (grey for daytime and blue for night) makes reading the second timezone a cinch when read with the red-arrowed GMT hand. Legibility is expressed via white Super-Luminova on its hands, indices, and numerals.

Style Watches Luxury Timepieces Bell & Ross New Watches 2020 Baselworld 2020
Shatricia Nair
Deputy Editor
Shatricia Nair is a motoring, watches, and wellness writer who is perpetually knee-deep in the world of V8s, tourbillons, and the latest fitness trends. She is fuelled by peanut butter and three cups of coffee a day.
Motoring Wellness Watches