5 independent watchmakers you need to know

Talk about luxury watches to regular folks like you and me and you’ll witness name-dropping the likes of Rolex, Patek Philippe and Audemars Piguet. But have a chat with serious collectors and you’ll hear names that’ll send you straight into a whirlwind of confusion and inferiority.

Don’t get us wrong, the large watch conglomerates have been doing an exceptional job at making timepieces that are at the forefront of technology and craftsmanship, but it’s the independent watchmakers that truly celebrate the spirit of individuality with their pleasantly surprising and limited (more often than not, one-off) creations despite the lack of funding the big boys have.

Despite having tiny booths at events such as SIHH and Baselworld, it’s impossible to overlook these independent watchmakers’ dedication to their craft. Unlike mainstream manufacturers, they create timepieces from scratch. Hand-polishing is done by far less sophisticated machinery and techniques such as enamelling aren’t just simply passed down to the artisan down the hallway.

Which is why we’ve put the spotlight back onto these independent watchmakers. Unbound by design restrictions and equipped with unceasing imaginations, the sky’s truly the limit for these inventors. We take a look at 5 of them and their most captivating pieces. 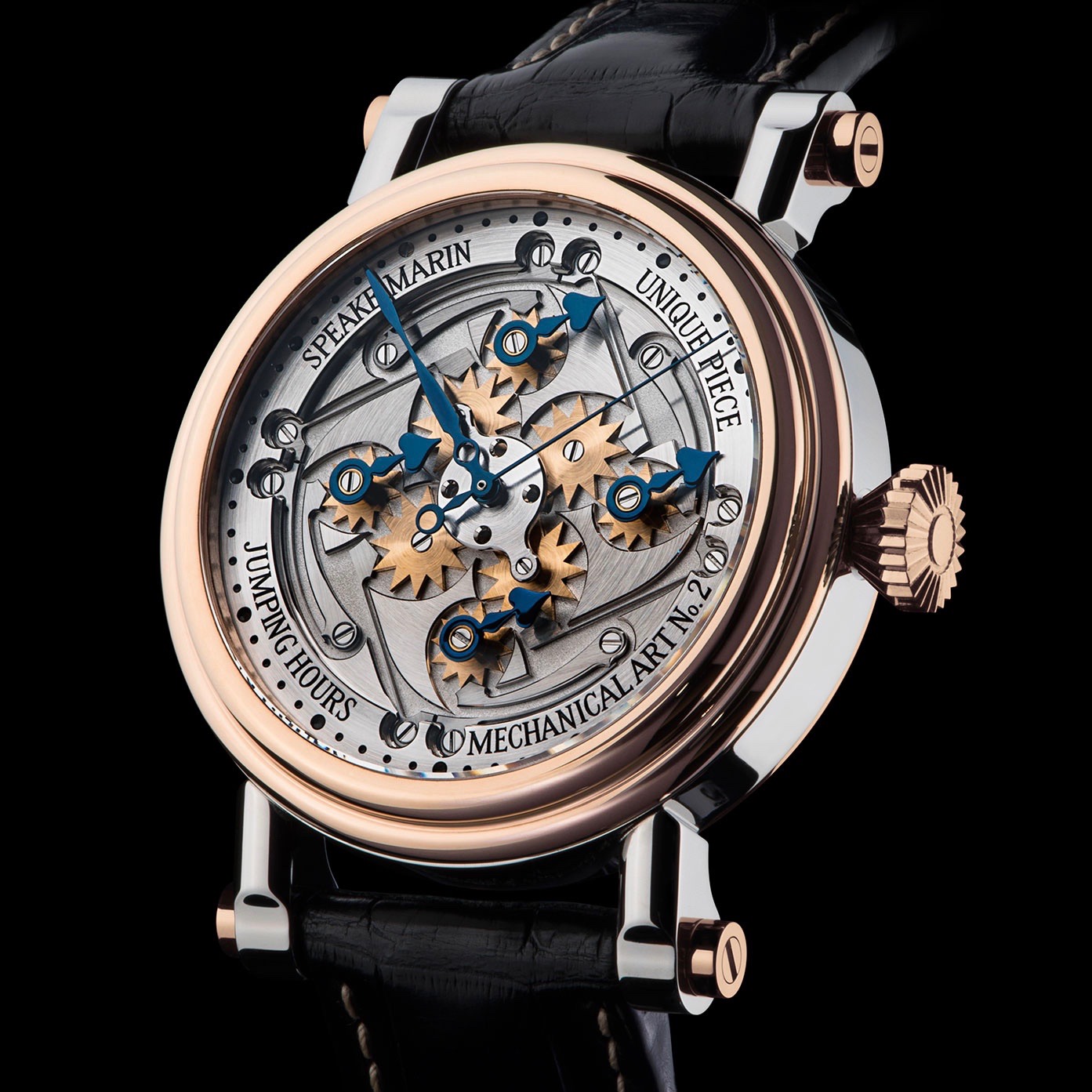 Driven by Peter Speake-Marin, this eponymous brand came to be after years of restoring antique watches by some of the greatest historical masters and brands. After a stint at Renaud & Papi, where he helped develop and build high-end complications, Speake-Marin acquired his own machinery and constructed by hand a tourbillon pocket watch with twin power trains. Now lovingly known as the “Foundation Watch”, the watch earned him the coveted membership of the Académie Horlogère des Créateurs Indépendants (AHCI), and since then, his creations — a fascinating blend of classical watchmaking and contemporary style — have reinvented horology in many ways. 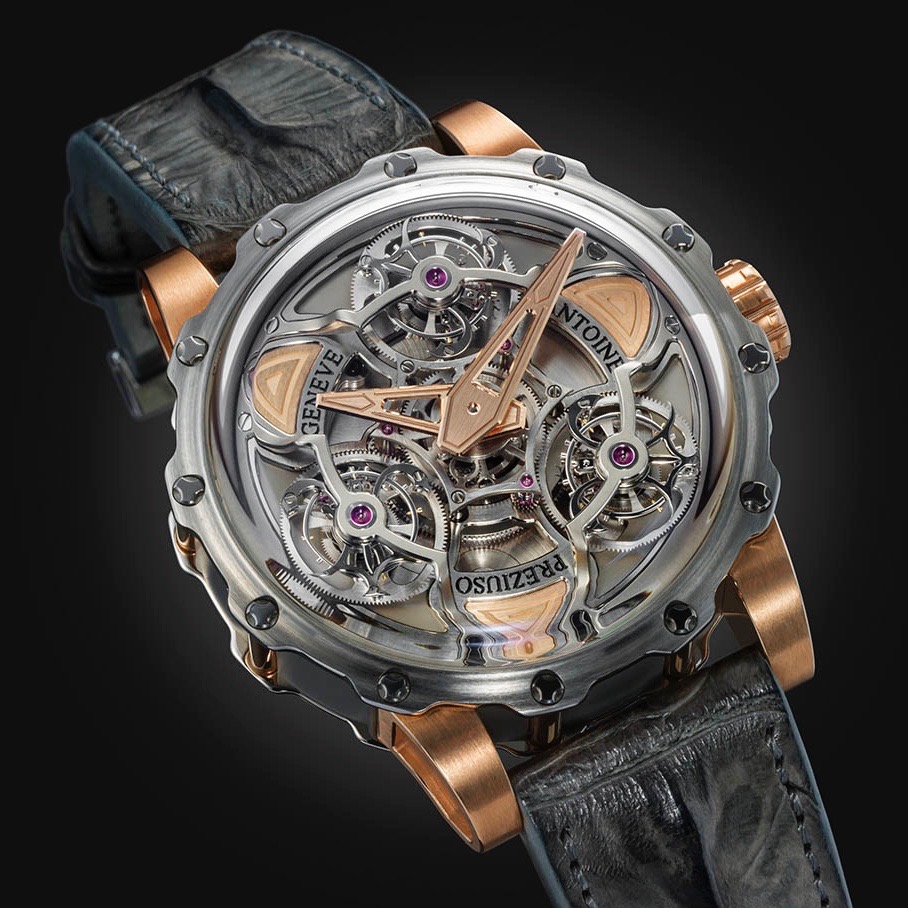 Antoine Preziuso isn’t new to the world of watchmaking — he’s been making collectors drool for three decades now with some of the most daring and seemingly impossible creations. Perhaps one of his best is the one-off “Tourbillon of Tourbillons”, a mega-complication watch that sees not one, but three tourbillons on a revolving plate. Preziuso prefers to keep the business within the family, working closely with his son, Florian, in every step of watchmaking, including the conceptualisation, design and production phases. 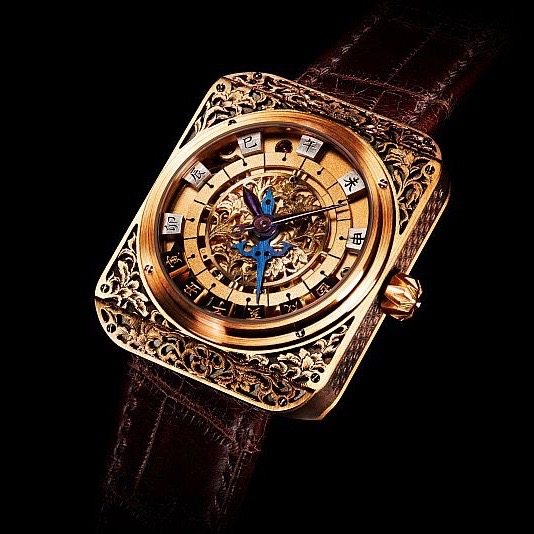 For someone who learnt the fine art of watchmaking from a step-by-step book (in English, no less), it’s no small feat that Kikuno progressed to make a tourbillon watch and then got accepted into the AHCI. As a young watchmaker, he constantly draws inspiration from his culture, eventually building a replica of a traditional Japanese wadokei, a complex clock that was made without advanced instruments. Since then, the wadokei wristwatch has been at the forefront of his creations, each telling both the traditional Japanese seasonal time and modern time simultaneously. Because the lengths of days and nights differ every season and in each country, he has to request for the customer’s coordinates to base the watch on. Each painstakingly handmade using traditional machines he purchased online, Kikuno’s timepieces can be customised and don’t come cheap. Based near Helsinki is a young Finnish watchmaker whose fascination with Greek mythology has led to some very interesting timepieces. His aesthetics veer far from the simplistic approach the Scandinavians usually reserve for design; instead, he takes a distinctly avant-garde approach with architectural, three-dimensional designs, and modified movements.  The first piece he ever produced, the Steel Labyrinth, was bought by Nokia’s CEO Stephen Elop. Known for its avant-garde designs and new indications and complications, Urwerk was founded by watchmaker siblings Felix and Thomas Baumgartner and artist Martin Frei in 1995, and presented its first creation at Baselworld a short two years later. Naturally, the brand’s work shot to fame, with the UR-110 being awarded the ‘Best Design Watch’ at the 2011 Grand Prix d’Horlogerie de Genève and even creating the Opus V for Harry Winston. Now six collections in, the Swiss manufacturer is still challenging the notions of timekeeping with crazy dial designs, and creating more revolutionary mechanical systems.