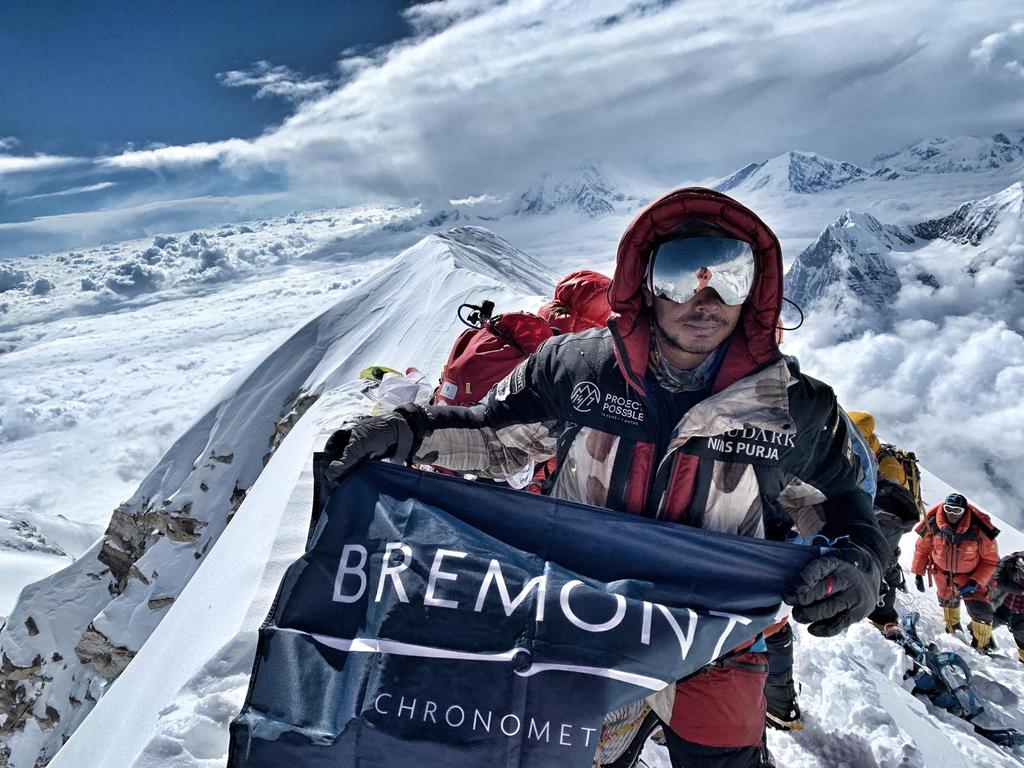 If you thought staying at home was tough, try climbing 14 of the world’s tallest mountains, not within your lifetime but in the span of 189 days.

It sounds impossible to even conquer half of those peaks in a decade, but Nirmal “Nims” Purja, a Nepalese mountaineer not only managed to break the world record, but also annihilate it completely. He scaled the 14 mountains — all higher than 8,000m — in 189 days. By stark contrast, the previous record-holder did the same in eight years.

Because he accomplished this gargantuan mountaineering feat with the help of Bremont, the British watch manufacturer is celebrating by releasing a wristwatch to immortalise this achievement.

Named the Bremont Project Possible Limited Edition, the timepiece is a real homage to the climbing hero and the sport. Bronze is incorporated into the watch for the first time ever to reference Purja’s military background as he served with the Gurkhas and was a former member of Britain’s elite special force. The uni-directional rotating bezel here is made using the bronze alloy Cusn8, which is superior both in strength and anti-corrosion properties.

“It’s very much a military metal, going back centuries,” said Bremont co-founder Nick English said. “We also wanted to keep it light, so we did it in titanium.”

At 43mm, the aviation-grade titanium case of this 300-piece limited edition is based on the brand’s celebrated Supermarine S500 model. Its dark blue metal dial and ceramic blue insert are marked by gold-plated hands and applied indexes, as well as the Project Possible logo.

The GMT complication within was only a natural inclusion for a global explorer like Purja, and at the back, the open caseback not only reveals the rotor of the BE-93-2AV automatic chronometer, but also an inscription of the heights of each mountain he climbed, in the order of submission.

Purja was also the first Gurkha to climb Mount Everest while serving the British Military and he is the current holder of multiple World Records for the fastest ascent of double and triple header mountains in the ‘higher than 8,000m’ category. During his latest adventure with Bremont, he and his team of elite sherpas also selflessly led rescue attempts on giants like Everest and K2 to aid climbers who found themselves in trouble. They were also the first to put up a route and ropes on K2 the past climbing season.

“When he said he was going to climb the 14 highest peaks in a very short period of time, his colleagues said if anyone on the planet is going to do it, it’s this guy,” said English. “And he went and did it. We won’t see it again in our lifetime.”