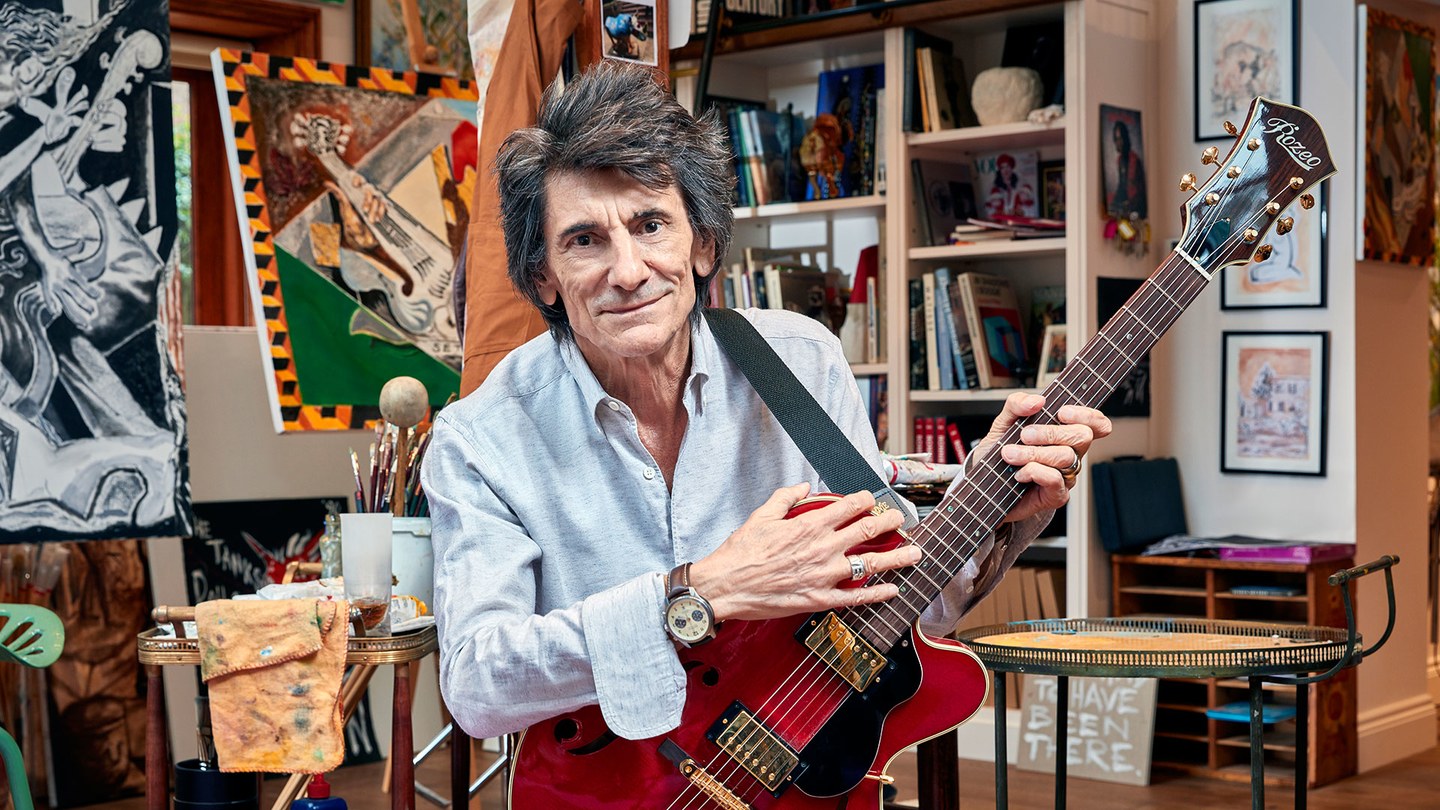 Before his electric rifts took the world by storm, Ronnie Woods expressed his creative process in a vastly different way. The rock ’n’ roll legend has been making oil paintings since he was a teenager, putting his formal art training at Ealing Art College to good use on canvas. Six decades on, fans of both the Rolling Stones and his art will be able to wear their love on their wrists, thanks to Bremont’s latest collaboration.

Titled “The 1947 Collection” — as a nod to Wood’s birth year — the series of 47 limited edition wristwatches will see the 72-year-old hand paint each of the dials with his original creations. This isn’t the first time he’s made timepieces his canvas though; Bremont had also previously enlisted him to paint the face of a marine clock in 2011, and another “Bremont Ronnie Clock” in 2017. He’ll have his work cut out for him this time now that he has to downsize his art for the 42mm 18-karat white gold wristwatches.

Each of the one-of-a-kind watches will are inspired by his other day job as a rockstar, with many sporting guitars and sayings like “Rock On”. The impressionist-esque swirls and vibrant colours used are not unlike his usual style of art, making this an incredible opportunity to own an original Ronnie Wood artwork, especially one which you can wear. Several of the watches also beckon memories of Wood’s tour in places such as Chicago, Seattle and Philadelphia.

While his art is inarguably the star of the timepieces, we’d like to point out that they also house moonphase movements from Vaucher Manufacture in Fleurier, which give the watch an extra touch of whimsy. If you were looking to add proper rock’n’roll flair to your ensemble, these Bremont watches would be it.

The watch resolutions that we’ll be keeping in 2021

Step into the new year with these limited edition watches