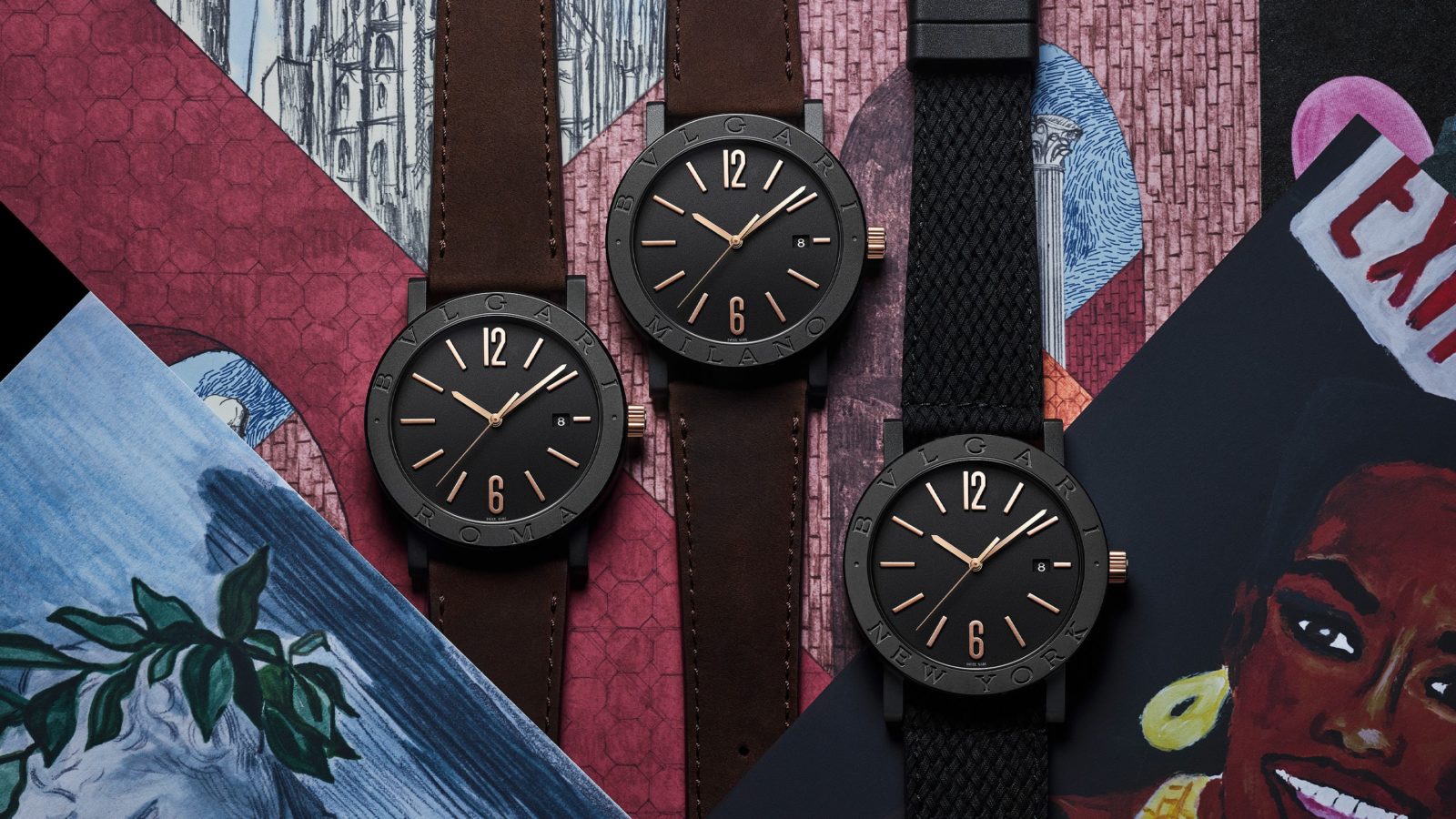 Bulgari’s impressive watch collection might be the baby of two influential countries — Italy and Switzerland — but it’s looking to grow into the shoes of a world traveller.

While most of the design magic happens back at home in Rome, the brand has relied on the Swiss’ penchant for prestigious watchmaking over the years. This time, it’s expanding its allegiance to the rest of the world by honouring nine global cities with its latest watch collection, the Bulgari Bulgari Cities Special Edition 2020.

Besides Rome, the cities in the lineup include Tokyo, Dubai, Paris, Ibiza, Mexico City, London, Milan, and New York, each handpicked for their affiliation with the brand for having hosted its events over the years.

Inspired by a limited edition model from the archives (we’ll explain later), these brooding watches each come in 41mm steel cases that are treated with black DLC, and all are powered by an automatic movement. Spotting the difference between city editions requires a bit of squinting; their names are engraved on the bezel, along with the Bulgari logo. A black lacquer dial sees rose gold accents, and a small date display sits at three o’clock. Each model comes with a brown leather strap, a rubber strap, and — in the spirit of being cosmopolitan — a travel-ready leather pouch.

Yet to truly appreciate these timepieces is to understand why using the Bulgari Bulgari watch as a starting point is significant. First launched in 1975, the icon started as a 100-piece limited edition that was originally named Bulgari Roma. The small gold watch came with a simple digital display, and was only gifted to the firm’s best clients.

The peculiar timepiece not only marked the first time the brand’s name had been engraved onto the bezel of a watch — a design flourish that has not only caught on since — but also allowed its Roman origins to really shine through. Like the emperors who often inscribed their insignia on coins they had minted, the watch’s design reflected the Bulgari’s confidence and influence in the market.

Its popularity would spawn an analog version thereafter, and two years after it all began, the birth of the Bulgari Bulgari collection.

To add to the experience, each destination in the BB Cities Special has been memorialised by a young artist, and the prints are included with the watch, lending its wearer the chance to see the cities with new eyes. Artists here include Iris Hatzfeld for Rome, Natacha Paschal for New York City and Philippe Constantinesco for Tokyo.

The Bulgari Bulgari Cities Special Edition 2020 will prove to be quite popular amongst a stylish and well-travelled crowd, but it’s also a romantic way of remembering your favourite cities — or the ones you call home — especially during a time when travelling is far from being an option.

Style Watches Luxury Timepieces Bulgari New Watches 2020
Shatricia Nair
Deputy Editor
Shatricia Nair is a motoring, watches, and wellness writer who is perpetually knee-deep in the world of V8s, tourbillons, and the latest fitness trends. She is fuelled by peanut butter and three cups of coffee a day.
Motoring Wellness Watches