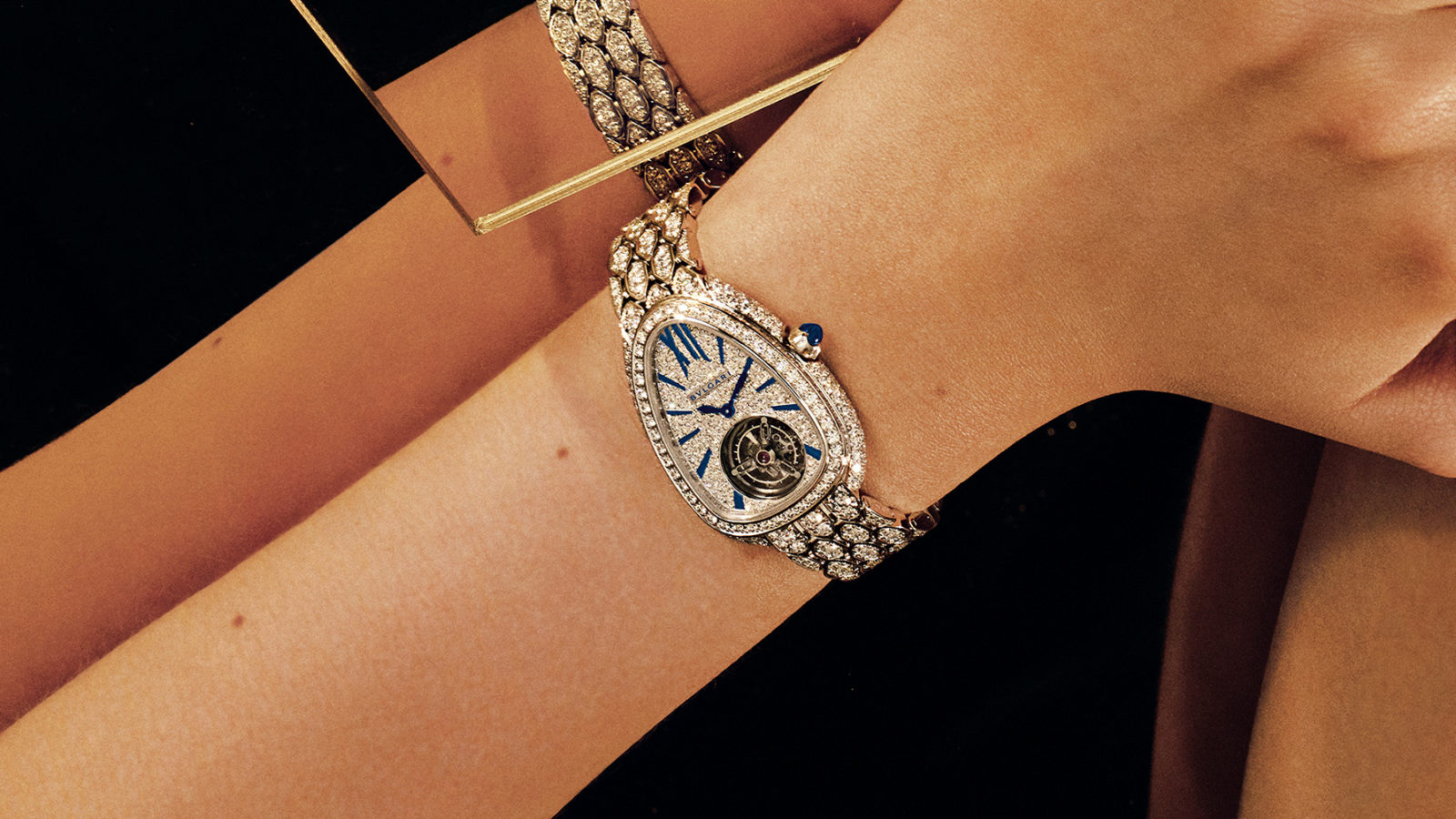 Bulgari has a habit of breaking records.

The Italian watchmakers have been setting new standards in the world of haute horology for the last couple of years, ever since their Octo Finissimo tourbillon debuted at Baselworld 2014 as the world’s thinnest tourbillon.

So it’s totally on-brand that for the inaugural LVMH Watch Week (held at the very apt Bulgari Resort Dubai), another milestone was reached in the form of the Serpenti Seduttori Tourbillon, the smallest women’s tourbillon on the market.

The Serpenti Seduttori collection was first unveiled late last year as a series of women’s watches bearing the iconic triangular snake head motif. Back then, they were just quartz-powered timepieces designed for everyday use. Fast forward to today, they’ve gotten a major upgrade courtesy of the Bulgari artisans who have created the BVL150 Caliber, a tourbillon movement small enough to fit inside the petite frame of the Serpenti Seduttori watches. It measures 22mm x 18mm with a thickness of only 3.65mm. Yet this little powerhouse can hold up to 40 hours of reserve power.

To fit such a delicate movement inside a small case, the rhodium-plated BVL150 was engineered and designed around the aesthetics of the Serpenti Seduttori – most watchmakers typically design the watch around the tourbillon instead. Bulgari’s latest movement has also been decorated with the Côtes de Genève finish, perlage and beveling, and one sapphire bridge. A transparent sapphire back case is also used to highlight the movement and intricate craftsmanship.

The Serpenti Seduttori Tourbillon will see the timepieces come in a rose gold (S$114,000) or white gold (S$119,000) edition with diamond pavé and a leather strap. If you’re after a bit more bling, there is also a white gold edition with a full diamond bracelet (S$218,000) that will make a sparkling addition to your collection. Click through the gallery below for a behind-the-scenes look at the making of the Serpenti Seduttori Tourbillon.

Watches Bulgari Horology Tourbillon Serpenti Seduttori
Josiah Neo
Writer
Josiah Neo is a tech writer who contributes occasionally to the fashion, travel, and culture beats. When he’s not busy keeping up with the keynotes, he’s probably stuffing his face with the best Melbournian donuts (at Shortstop, BTW) or watching his favourite esports team, the Los Angeles Valiant, pummel their opponents into oblivion.
Technology Travel Fashion Culture