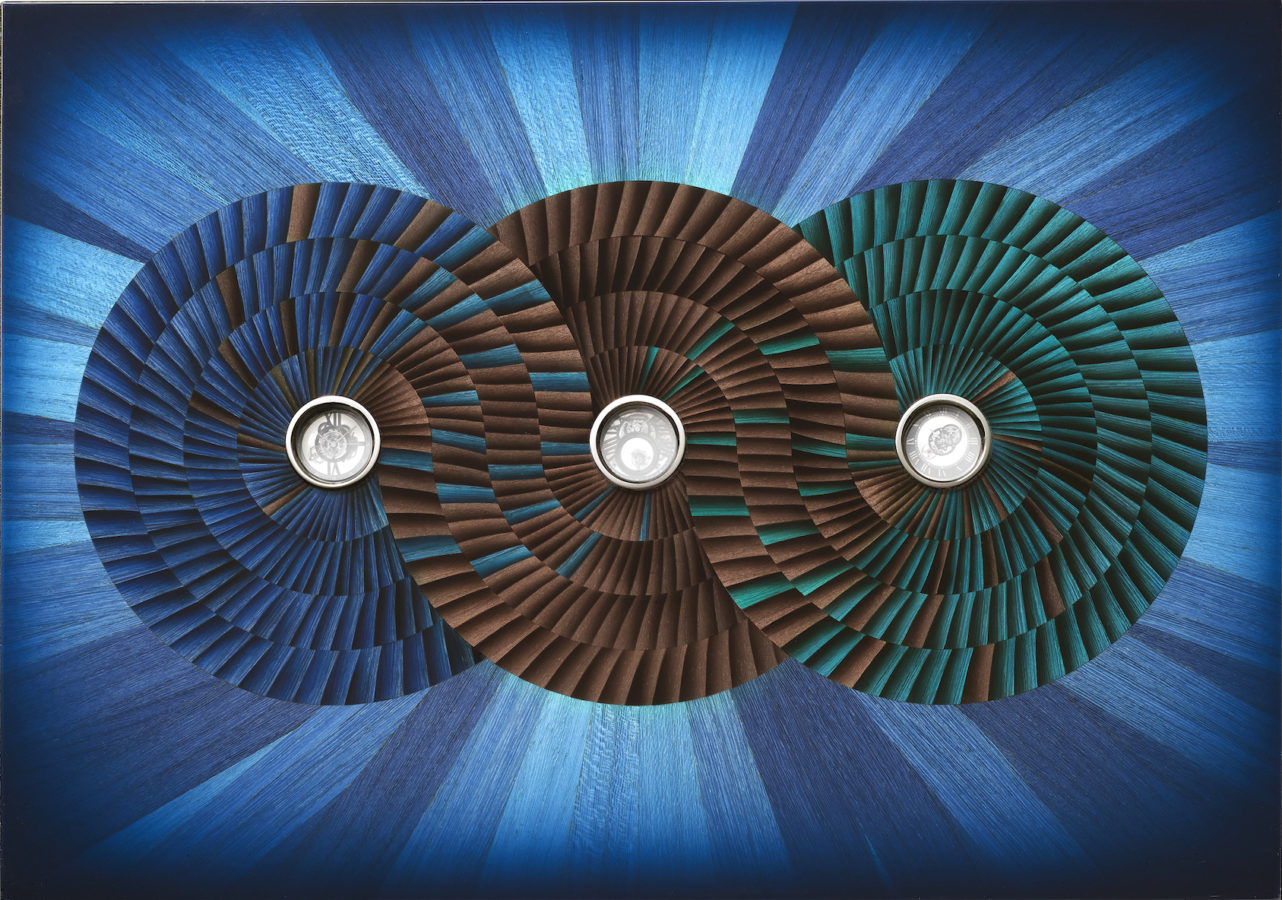 Design has always been central to Cartier’s philosophy of time.

Every line and every shape has been thought out with incredible detail, so much so that the resulting timepieces are masterclasses of mechanical art. This year, the Maison celebrates its spirit of innovation and passion for design with three new watches, all centred around the tourbillon and each a fine example of its watchmaking know-how.

The Rotonde de Cartier Astromystérieuxm, for example, sees the entire movement floating in weightlessness at the centre of the watch, an astonishing feat that’s almost well, magical. Even more astonishing, is how the space dedicated to hiding all these gears has been reduced to the bare minimum.

For this, the watchmakers at the Cartier Manufacture in La Chaux-de-Fonds had to design the tourbillon carriage to not only integrate the watch’s regulating organ but also the entire wheel train from the barrel to the balance, which is all carried by a sapphire disc. This carriage is also responsible for the function of the minute hand, and completes one revolution of the dial every hour to create a spectacle that you won’t be able to look away from.

Meanwhile, the Rotonde de Cartier Astrotourbillon skeleton watch is a deep dive into a movement that first made waves in 2016, following five years of development at the fabled Manufacture.

As the star of the timepiece, the Calibre 9565 MC is bared for all to see. The ultra-graphic dial is just as complex as it is intriguing, and plays between geometry and transparency to enhance the beauty of its tourbillon.

Unlike a classic tourbillon, this one is in a carriage that’s position above the movement instead of within it. Another peculiarity is that the tourbillon carriage has a specific rotation axis at the centre of the movement, resulting in a completely different design process. The radical skeletonised dial is marked by two large Roman numerals at 12 and six o’clock, and the Cartier signature — which doubles as bridges.

The Rotonde Mysterious Double Tourbillon though is where the Maison really pulls out all the stops. The idea of mystery truly shines through here with its levitating carriage, where watchmakers ingeniously used a sapphire disc with a cut-out that matched the tourbillon’s dimensions. The flying tourbillon appears to be free from any restraints, with no visible connection to any gear train — an especially intriguing sight to behold when it makes an orbit every five minutes.

Nothing else about the watch is subtle; the ornately skeletonised timepiece is recognisable by its exaggerated Cartier Roman numerals, while its movement peeks out from behind it to create a statement-making timepiece.

All three timepieces are a limited edition of five pieces each, and can be purchased via the Rotonde de Cartier Precious Icons Set as the ultimate gift to yourself or a loved one.

The beautifully lacquered wood marquetry box that house the three exceptional creations sees three interlocking circles form a mesmerising spiral in varying hues of green, blue, and grey to complement the watches’ straps. At the centre of each, an optical lens showcases the dial of the timepieces in all its glory. Of course, the experience is only complete with a travel pouch in alligator leather and a pair of white gold cufflinks, which sport interchangeable stone bars in sodalite, jade, and blue quartz — to match your watch of the day, of course.

Style Watches Cartier Luxury Timepieces Tourbillon
Shatricia Nair
Managing Editor
Shatricia Nair is a motoring, watches, and wellness writer who is perpetually knee-deep in the world of V8s, tourbillons, and the latest fitness trends. She is fuelled by peanut butter and three cups of coffee a day.
Motoring Wellness Watches Beauty Style
Sign up for our newsletters to have the latest stories delivered straight to your inbox every week.