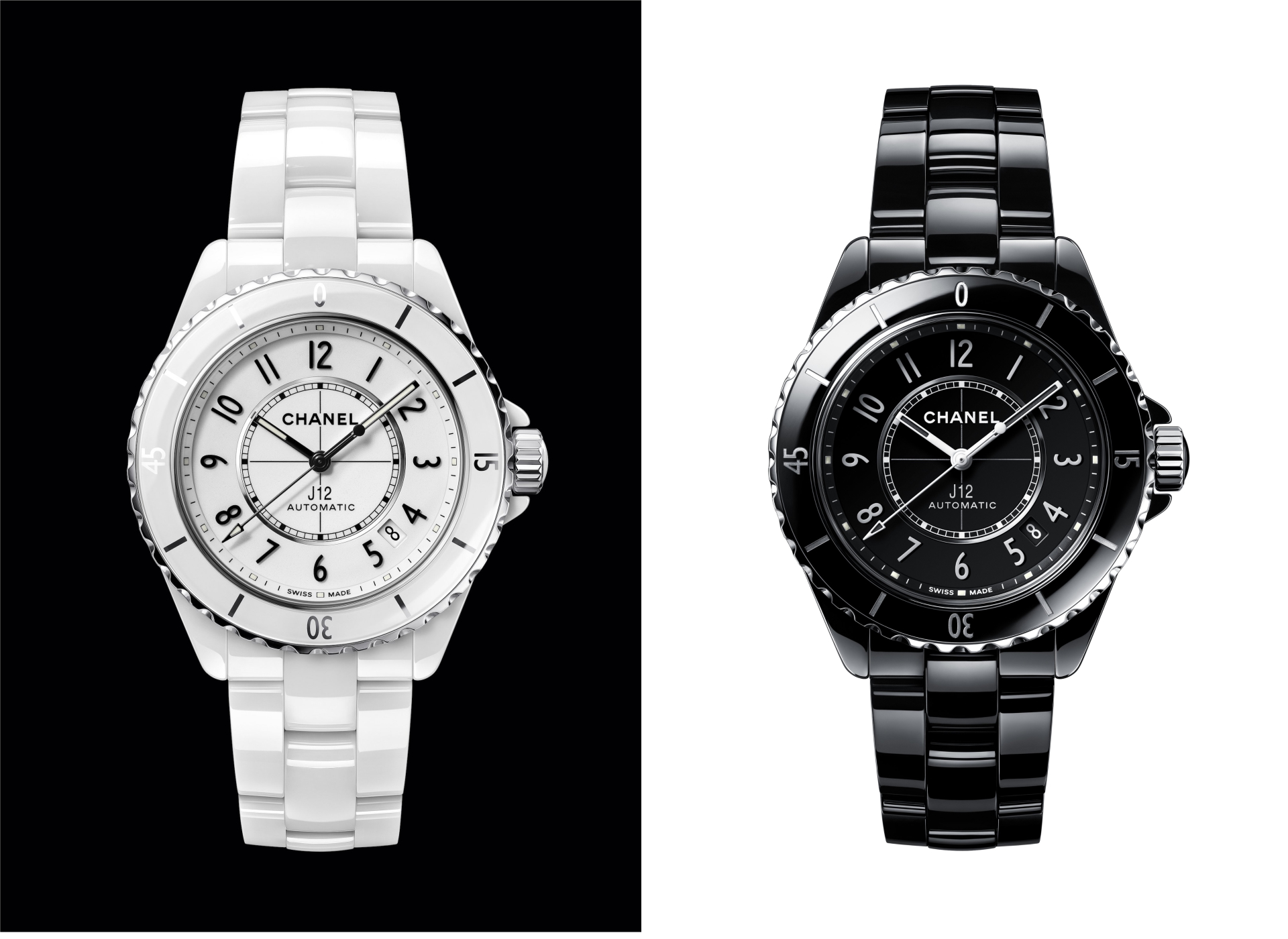 There perhaps isn’t a name in fashion quite as resounding as Chanel’s. So much has been said about the Maison’s greatness and the Kaiser’s influence in the fashion sphere, but the French powerhouse has also been quietly cultivating a watch collection that has earned its rightful place in the upper echelons of the industry. This year, the brand reaffirms its identity as a respected watchmaker with the relaunch of its J12 — on its 20th anniversary, no less.

Chanel has no lack of icons, but it’s easy to see why the J12 made it to the growing list when Jacques Helleu first designed it two decades ago. Its subtle sportiness was met with the Maison’s famous aesthetic codes, and the result was a monochromatic timepiece that graced the wrists of everyone from celebrities and socialites. Even the particularly discerning Victoria Beckham had one.

So for its new timepiece, Chanel sought to up the ante even further, switching up not only the watch’s facade but also its movement.

On the wrist, the Chanel J12 feels familiar. It’s available in white or black polished ceramic with complementing lacquered dials, and the case is an adequate 38mm. The watch is, after all, designed to be unisex.

As a dive watch, the new accessory takes inspiration from the waters via racing yachts. The slight notches around the bezel have been increased to 40 — up from 30 in the previous iteration — for more textural interest. The dial sees less visual clutter, with its typography tweaked ever so slightly, and the words “Swiss Made” moved to the slanted flange around it alongside the hour and minute indexes.

Meanwhile, the hour and minute hands are now the same width, and the Arabic numerals — also reworked — are now made of ceramic. The process is an arduous one, especially when dealing with numbers this miniscule. Thanks to new indentations under the bezel, the sound emitted when turning the bezel is also significantly more sophisticated.

Yet the most exciting change to the Chanel J12 is really at the back of the watch. In place of a conventional ETA movement is now the Swiss-made automatic caliber 12.1. The COSC-certified movement — an evolution of a Tudor automatic — was developed closely with Kenissi, a Geneva-based manufacturer of which Chanel has a sizeable stake of.

The Chanel J12 might still inherently be a fashion watch, but it’s a big step up in putting the brand on the horological map. It’s still the J12 everyone knows and loves, only now a more refreshed and contemporary version of the beloved icon.

Style Chanel Timepieces Luxury Watches Chanel J12
Shatricia Nair
Managing Editor
Shatricia Nair is a motoring, watches, and wellness writer who is perpetually knee-deep in the world of V8s, tourbillons, and the latest fitness trends. She is fuelled by peanut butter and three cups of coffee a day.
Motoring Wellness Watches Beauty Style