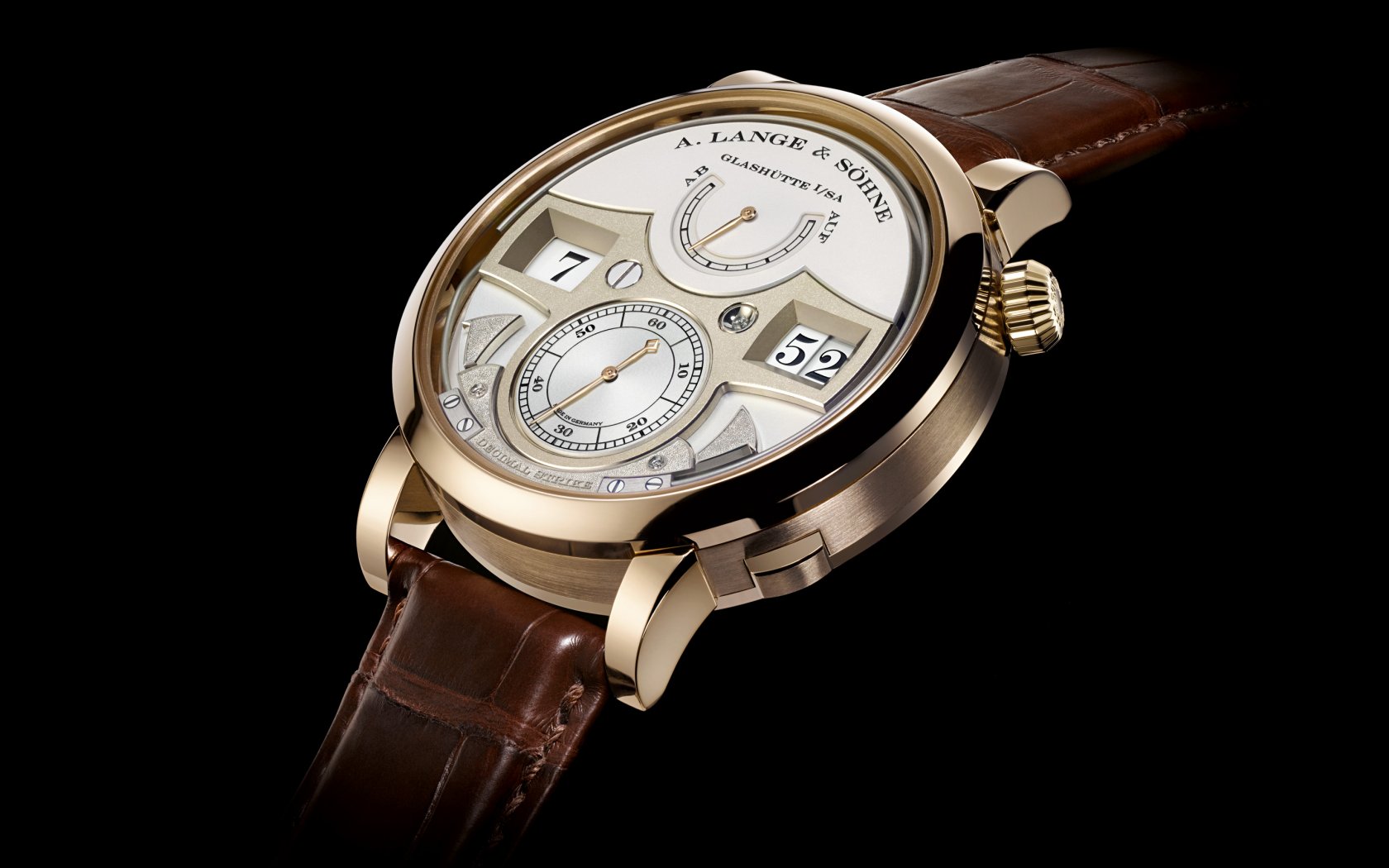 Style
Chime in: 5 new minute repeater watches for 2017
Share this article
Next article

In the European world of mechanical horology, telling the time acoustically has been the oldest known method, since the earliest clocks with mechanical escapements had neither hands nor a dial. Time-keeping was a rather primitive affair of paying attention to the number of times a bell rang. Today, church bells still chime the time of the day — clearly, this tradition is still honoured.

The word “repeater” means on-demand striking, and it all began in as far back as 1867, with watches that chimed the hour and nearest quarter hour. As time passed, the chiming became more precise, and the minute repeater was born in Germany some 53 years later.

Almost a scientific feat, repeaters require far more theory in design and precision than other complications. As a rule of thumb, watch manufacturers go by these three primary characteristics when creating their repeater: The quality of sound, the volume of its chime, and the tempo at which it chimes. With so much up to the watchmaker to interpret, minute repeater watches are distinct in each of their sounds, looks and technology. 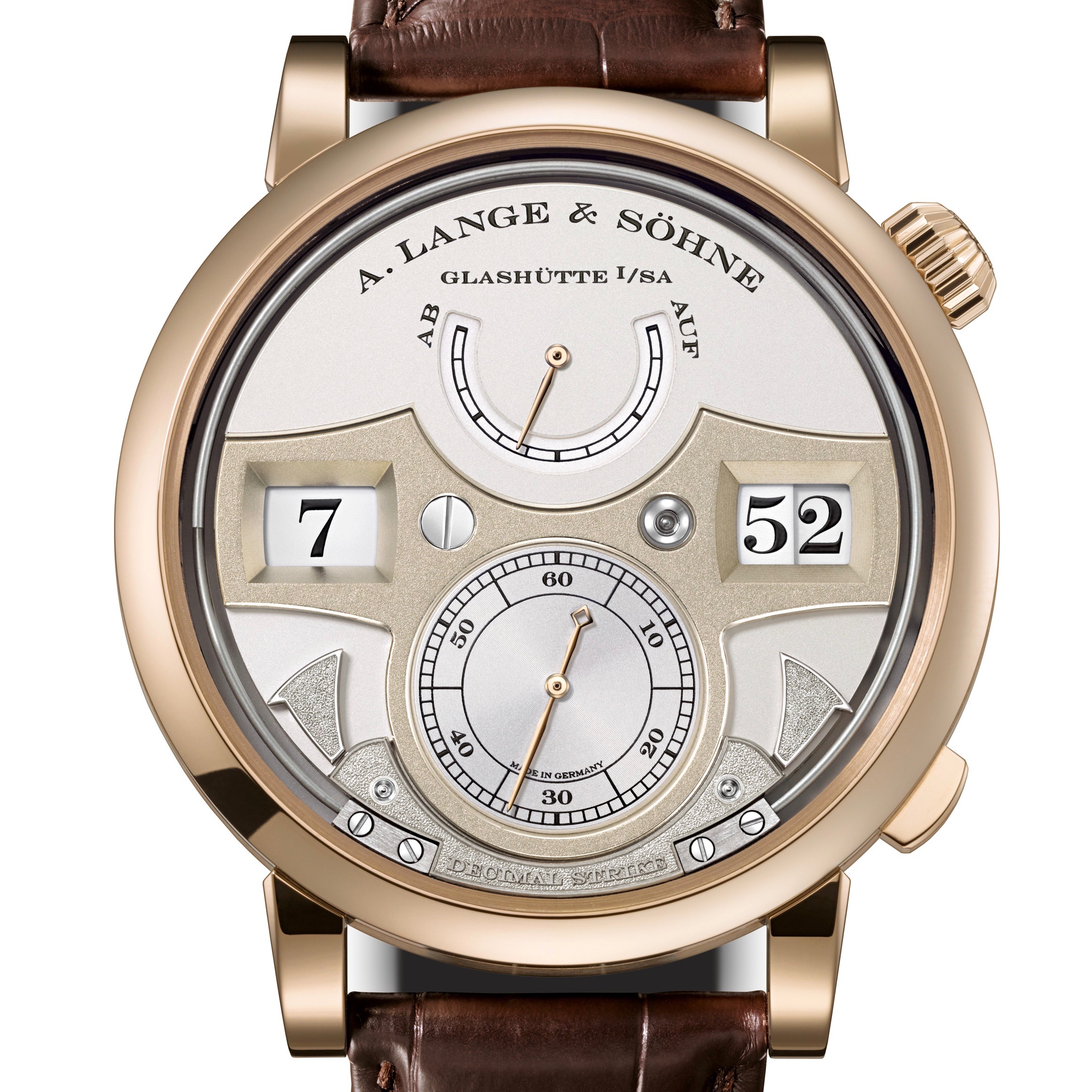 As the third chiming Zeitwerk in A. Lange & Söhne’s remarkable collection, the Decimal Strike marries the concept of the previously launched Striking Time and Minute Repeater models. The result is a watch that relies on two differently tuned gongs that indicate the hours via the left gong and ten-minute intervals via the right hammer. This striking complication can be switched off anytime by pressing the pusher at the 4 o’clock position, and like the hammer bridge, the two hammers on the side dial are decorated with a tremble engraving. 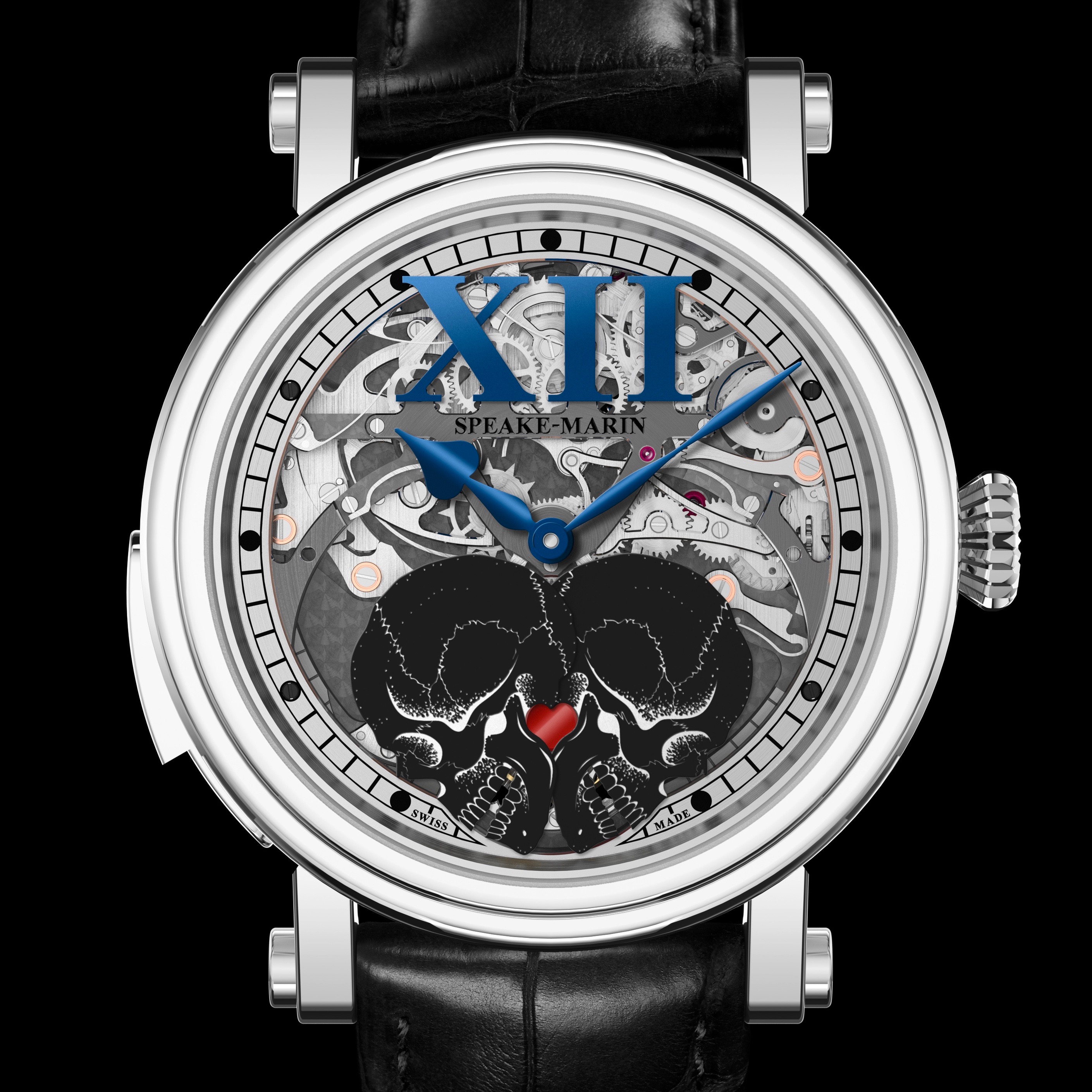 Peter Speake-Marin may have only founded his eponymous brand a mere 15 years ago, but his watches reflect an expertise that suggest decades more. Titled Crazy Skulls, this timepiece should give you an idea of how the English watchmaker isn’t afraid to inject a bit of fun into serious complications. A slider at the 8 o’clock position gives away the secret that this is a minute repeater carillon, and its three hammers and three gongs announce the time on demand. A bigger surprise is, when this happens, the two aluminium skulls above the skeletonised dial separate simultaneously to reveal a 60-second tourbillon beneath, and the large blue Roman numerals at the 12 o’clock distort momentarily. Frivolous? Maybe, until you realise it’s supposed to signify the separation and reunion of two lovers. F.P. Journe produces only about 900 watches annually, which makes it pretty exclusive. But within this is an even rarer collection called the Black Label Collection, and it’s made available only to current owners of an F.P. Journe watch. This year, the darkened livery makes its way onto the Souveraine Minute Repeater, the only Black Label watch with a stainless steel case (being less dense than precious metals, steel transmits the chimes with more brightness and clarity). At 10 o’clock, an aperture reveals the twin hammer of the mechanism, activated by a slide underneath the bezel. 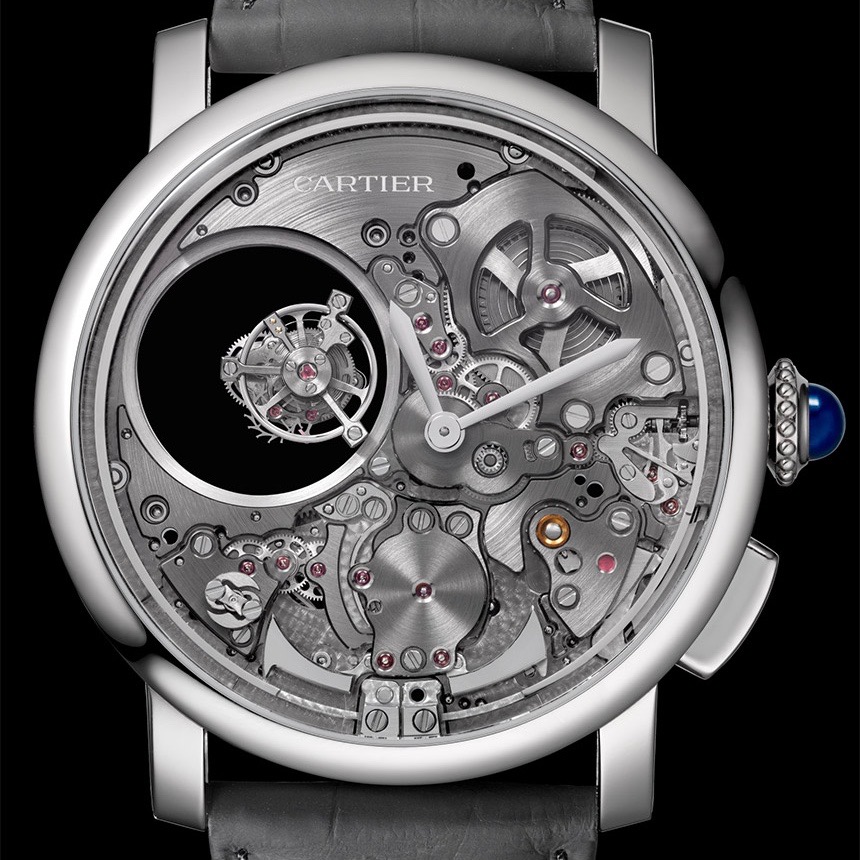 Designed with optimising the four principles of sound to deliver the best aural experience possible, Cartier has specifically used ultra-light titanium for its case and hardened steel for the striking gongs, while maximising surface area for more powerful sound vibrations — all that after having to fit 448 individual components into a case only 11.15mm thick and 45mm wide. To ensure the striking speed of the hammers are consistent, a silent inertia flywheel at 7 o’clock is put into place and the notes were each tuned to specific octaves and keys for a chime that few can rival. 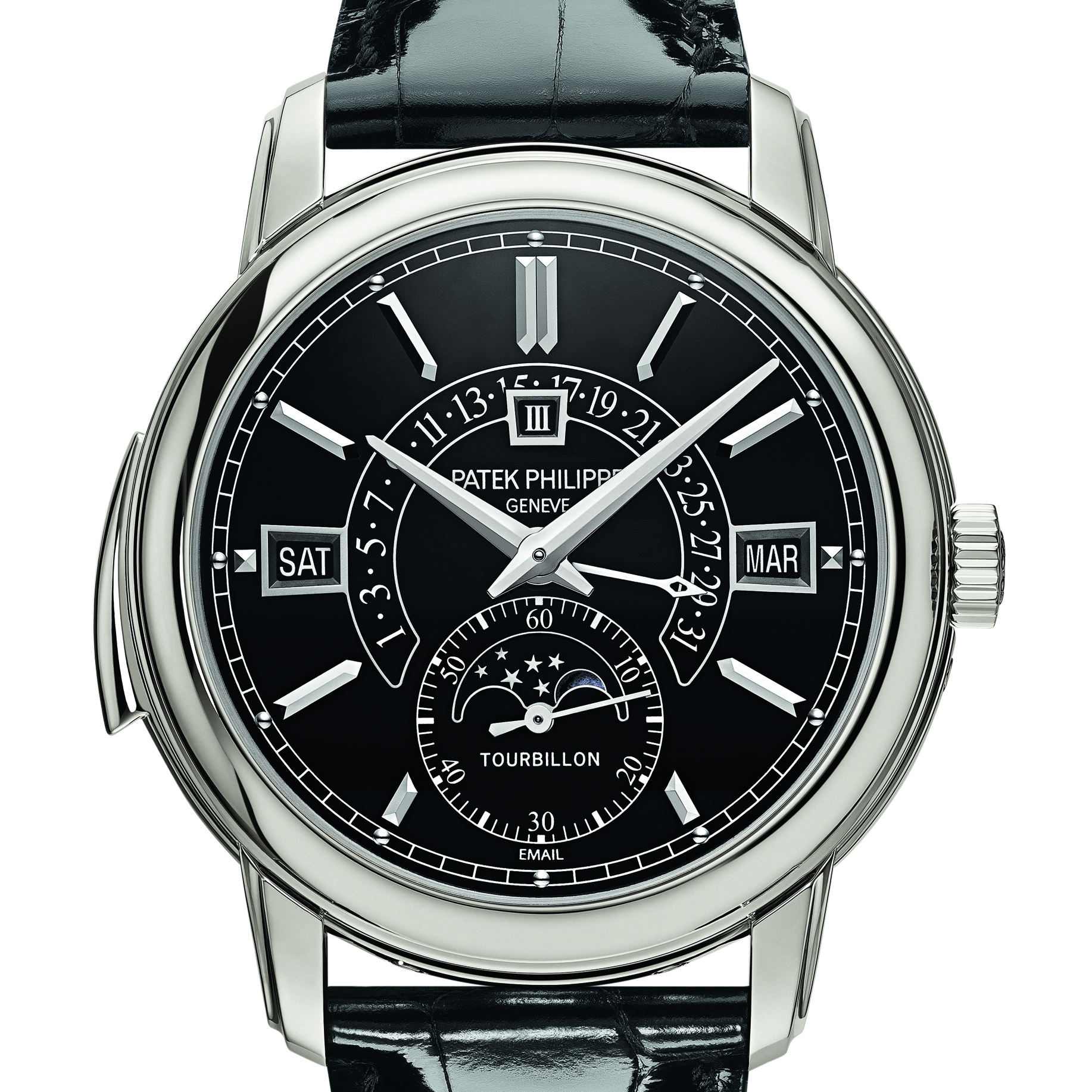 For 2017, the storied Grand Complication gets redesigned with a tourbillon, perpetual calendar with retrograde date, and a minute repeater. Activated by a slide piece in the case, two gongs chime with a resonance that Patek Philippe has spent almost a century honing. Within the new platinum case and black enamel dial is an aperture for the enamelled hand disk, and an unusual diamond-shaped tip indicates the retrograde date. This really is a watch that does it all.