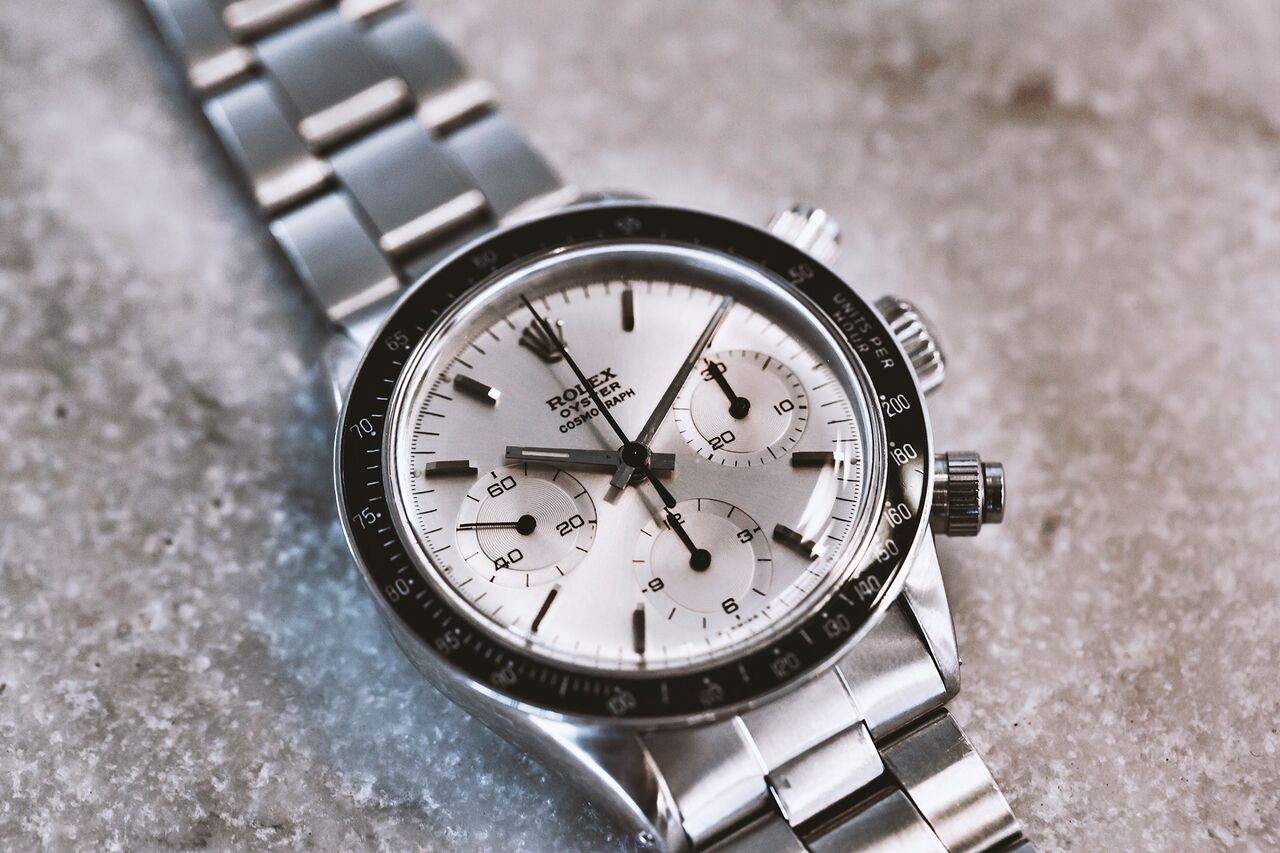 In the world of horology, Rolex is arguably one of the most recognised names — and for good reason. It’s earned itself a reputation for manufacturing watches that stand the test of time and are made to the highest quality possible.

With more than a century-long history, it’s inevitable that some of the Swiss firm’s pieces have either landed in the hands of the rich and the famous — sometimes even members of royal families with a lineage that’s gone into the pages of history.

Indeed, the most discerning of vintage watch collectors are on a radically different level than the average timepiece enthusiast. Their hunt for holy grail Rollies often include those that are rare and often, unobtainable. There are those which have made an impact on all its preceding examples, and those with quirks so unique, they’re ludicrously expensive.

Naturally, the five iconic Rolex watches in this list make the cut. Even the most modest of variations in fonts, material, and colouring can make all the difference as they’re truly one of a kind. From one that once belonged to the last of Vietnamese royalty with a uniquely placed logo to another that inspired the rest of the brand’s chronographs, here are the Rolex watches you wish you had. 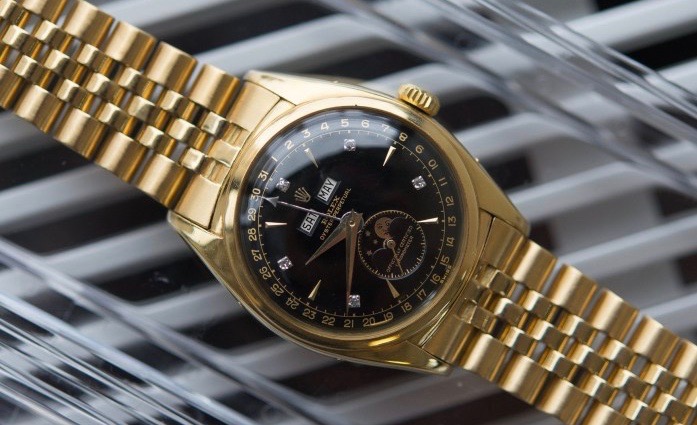 Crowned the most expensive Rolex ever sold at auction, this ref. 6062 “Bao Dai” watch recently went under the hammer for S$6.79 million. Quite a steal though for a number of reasons. Besides having been worn by His Majesty Bao Dai (the last emperor of Vietnam), this is also the only known example of the ref. 6062 with a black dial and diamond indexes at even hours. The triple calendar 18K yellow gold watch also sees a moon phase indication. To place the diamond marker at 12 o’clock, Rolex had to shift its crown logo, watch model name and chronometer certification down a notch, making it a holy grail piece to many watch collectors for its uniqueness. 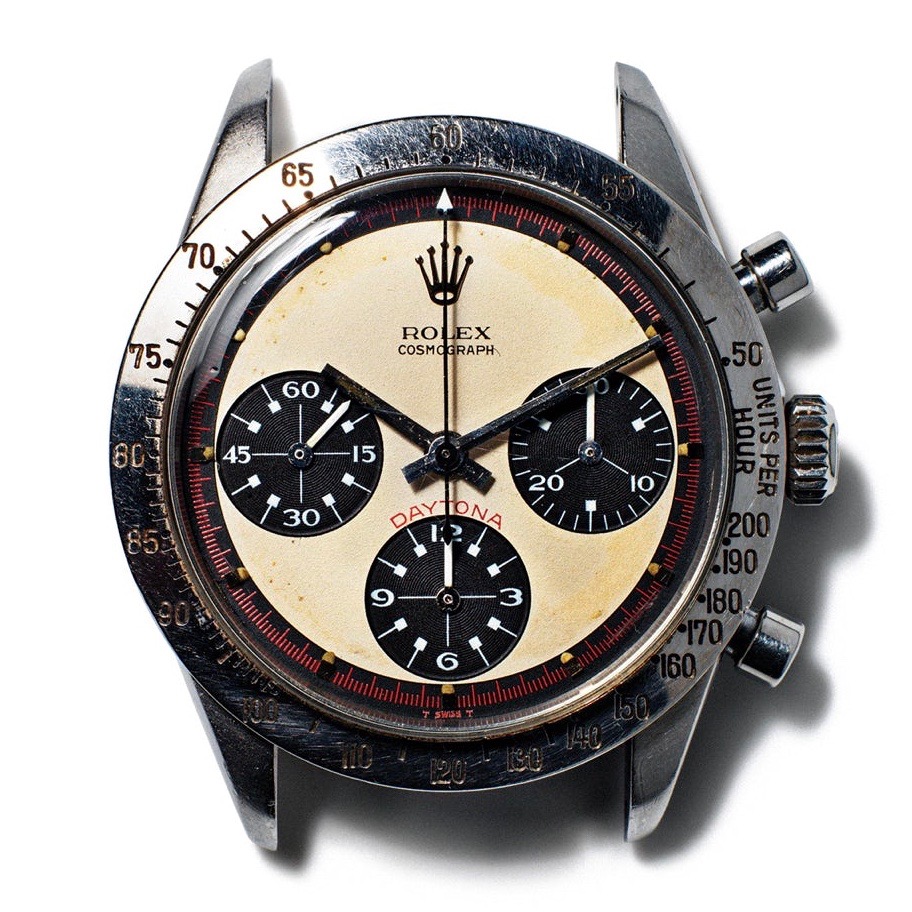 Two “Paul Newman” Daytonas might have gone to auction before, but none could boast gracing the wrist of the blue-eyed actor they’re named after. Now, to the delight of thousands of collectors, his actual Daytona will finally go under the hammer. Commissioned as a gift from his wife, actress Joanna Woodward, the ref. 6239 features a more “exotic” dial than its other chronograph brethrens. Its white dial is accented by three black subdials, a red outer seconds track and art deco-styled fonts. But the most intriguing detail would have to be Woodward’s heartfelt message for her husband —“drive carefully me” — that’s engraved at the back. 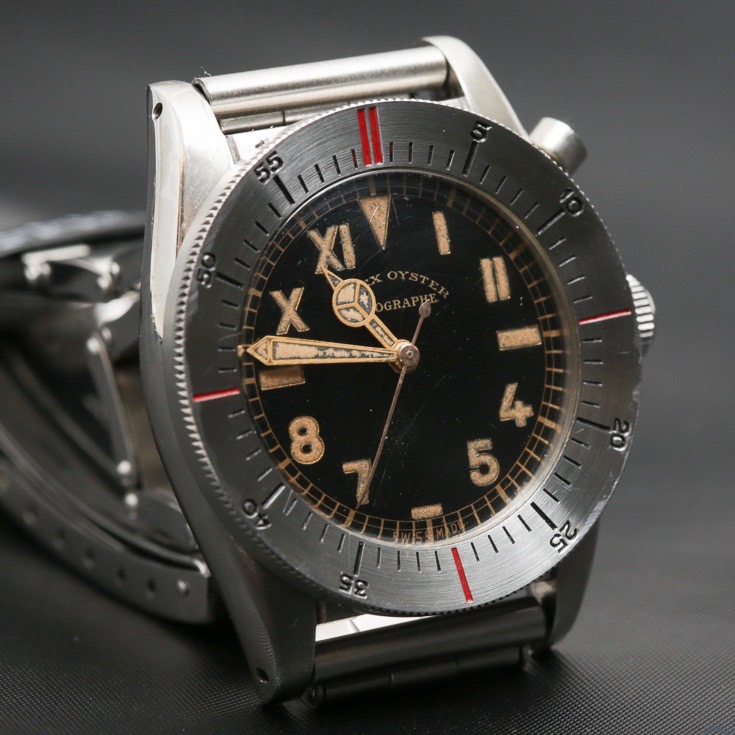 With the earliest example dating back to 1937, the Zerographe holds the record of being the first ever Rolex Oyster chronograph made. Though powered by the brand’s first in-house chronograph movement pre-WWII era, it’s far from a conventional chronograph. A pusher at 2 o’clock resets and restarts the constantly running second hand. As long as the pusher stays pressed, the second hand will remain at the zero position. This flyback mechanism allowed for the timing of short, consecutive periods. At 32mm, the ref. 3346 model is considerably smaller, but still holds great value for its rarity (only 12 were made), being the first Rolex with a rotating bezel, and its revolutionary functions. 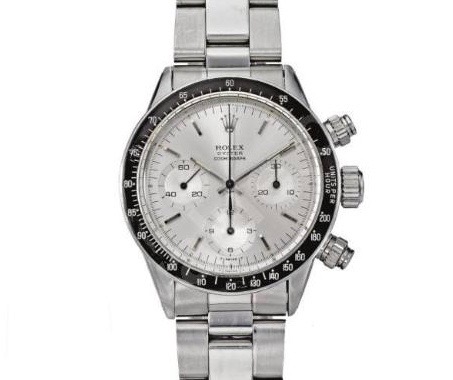 While Cosmograph Daytonas are dime a dozen, only four in the world have received the revered albino treatment. Characterised by a silvered dial with matching chronograph totaliser subdials (instead of black totalisers with white printing), this reference is powered by the manually-wound calibre 727 and housed in a stainless steel case. Suitably, a watch this rare deserves a spot on the wrist of the famous – in this case, music legend Eric Clapton. 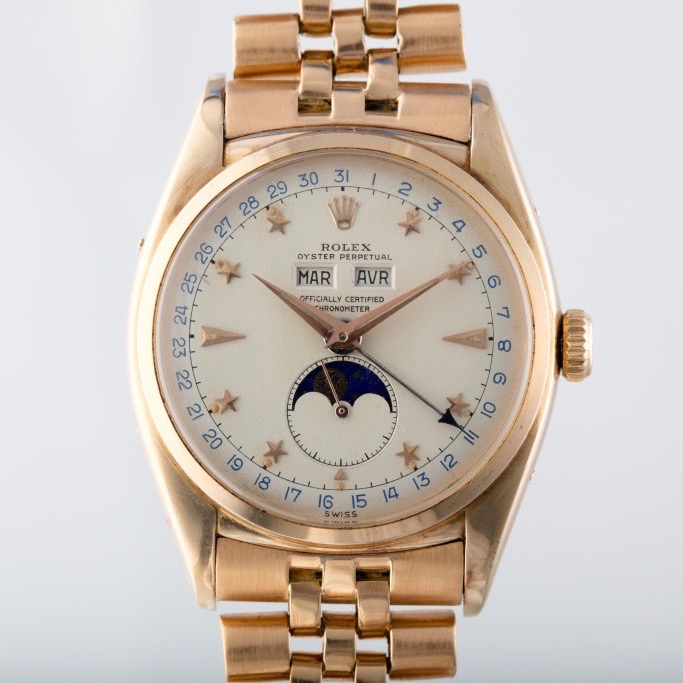 The fact that this is one of only two models to feature a full calendar with moon phase indication isn’t the sole reason why collectors consider it the pinnacle of the firm’s entire production. Within its 36mm Oyster case is a silver grain finished dial that’s supposedly unrivalled on richness and complexity, even till today. Then there’s the pink gold case — the rarest variation — and the ultimate dial configuration of 8 five-pointed faceted stars as hour markers, hence its Italian nickname for “starlet”.