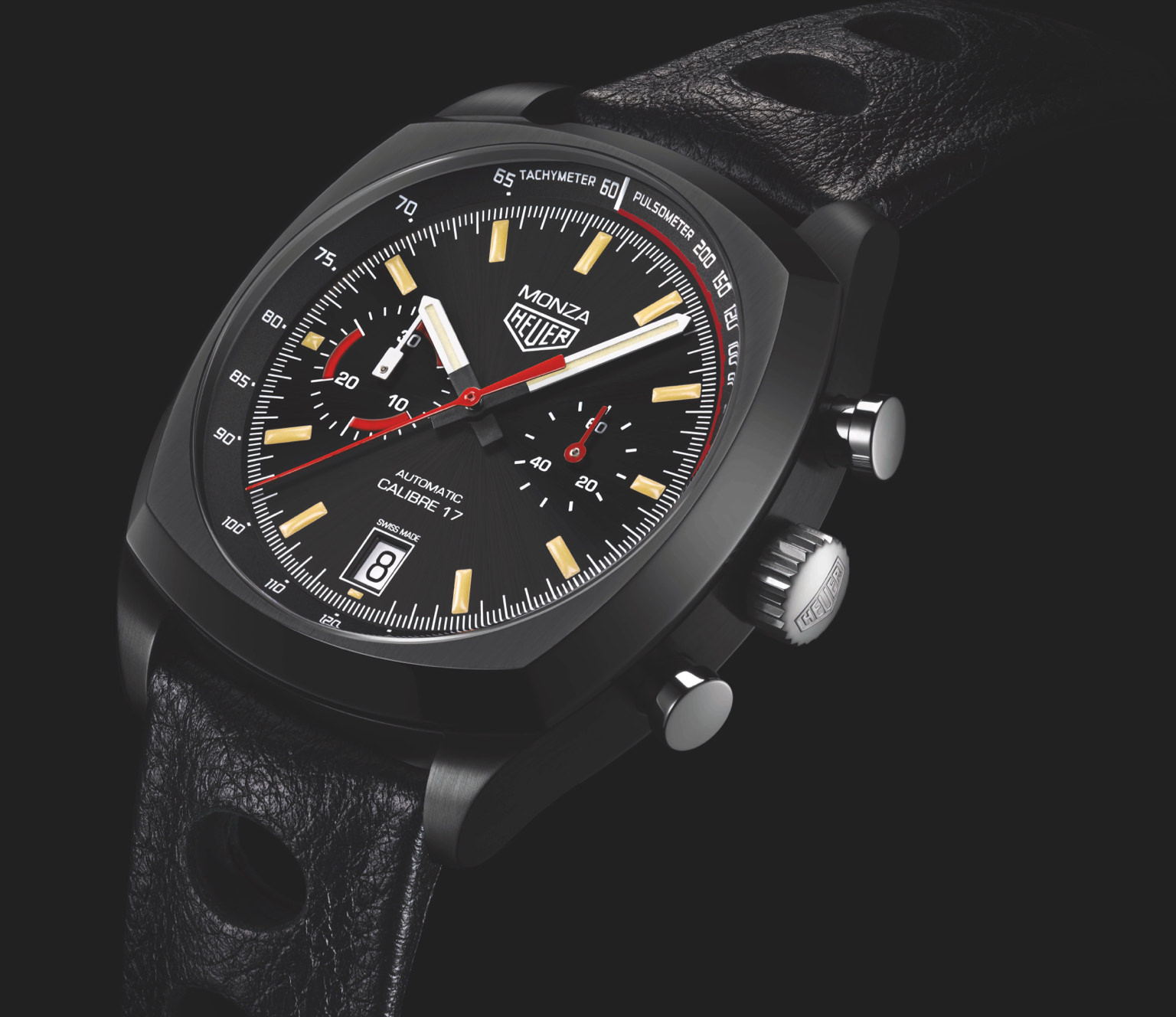 The Monza is a watch that’s been through a lot. Now, 40 years later, TAG Heuer brings the classic — named after the home of the Italian Grand Prix in the Formula One World Championship — out from the depths of its archives, much to the joy of many collectors.

First launched in 1976, the timepiece was Jack Heuer’s way of commemorating Clay Regazzoni and Niki Lauda’s 1975 World Championship win with the Ferrari team — the first title since Heuer jumped on board as a sponsor only four years prior.

Called the Heuer Monza 1976, the timepiece — a chronograph featuring a cushion shape, with a round dial in a squarish case — made quite an impact. It was Heuer’s way of challenging watchmaking conventions by giving a classic shape an unusual form. It also featured a black coating that was applied via PVD, complete with a black and red colour scheme.

The second reissue in 2000 was also a celebration — this time of the Swiss firm’s heritage. Following the success of the Carrera and Monaco’s re-editions, it was only a matter of time the Monza got the resurrection it deserved.

So the Monza was relaunched, and it was available in either a black or white dial. These had neither the Monza name on the dial, nor the usual TAG Heuer logo. The company had only ceased branding its heritage watches as “Heuer” the following year.

Then in 2011, the Monza saw a Calibre 36 (El Primero) iteration. While it was trendy for re-editions to draw inspiration from the ‘60s and ‘70s, TAG went further back to the age of manual-wind chronographs and stop-watches of the ‘30s.

Its cushion-case design, polished outer ring and brushed metal finish on its top bezel made a suitable replica for the well-loved timepiece. These limited edition 38mm watches only made production for a year.

Now, the Monza returns as a numbered-edition watch and it looks better than ever. Blackened with titanium carbide, the first thing you’ll notice is that the watch has a finish that wavers between polished and satin. On its equally dark dial are red accents that hark back to its 1976 origins. At 42mm, the case is 3mm larger than the original, a strategic decision that keeps up with today’s horological size trend.

You’ll also notice the same font and vintage orange SuperLuminova stripes, which keep to the classic look of the ‘70s chronograph. But TAG Heuer didn’t stop there — key features such as the pulsometer and tachymeter are also re-introduced. Even the pre-TAG logo made a comeback.

Like the 2000 re-edition, the new Monza is also powered by TAG’s automatic chronograph movement, Calibre 17. The modular movement is powered at 4Hz and offers a power reserve of 38 hours. You’ll only get one strap option — a calfskin rally-strap with large vintage holes that’s similar to the tropic rubber original — but don’t fret, because it perfectly encapsulates TAG Heuer’s storied heritage and Monza’s car racing roots.