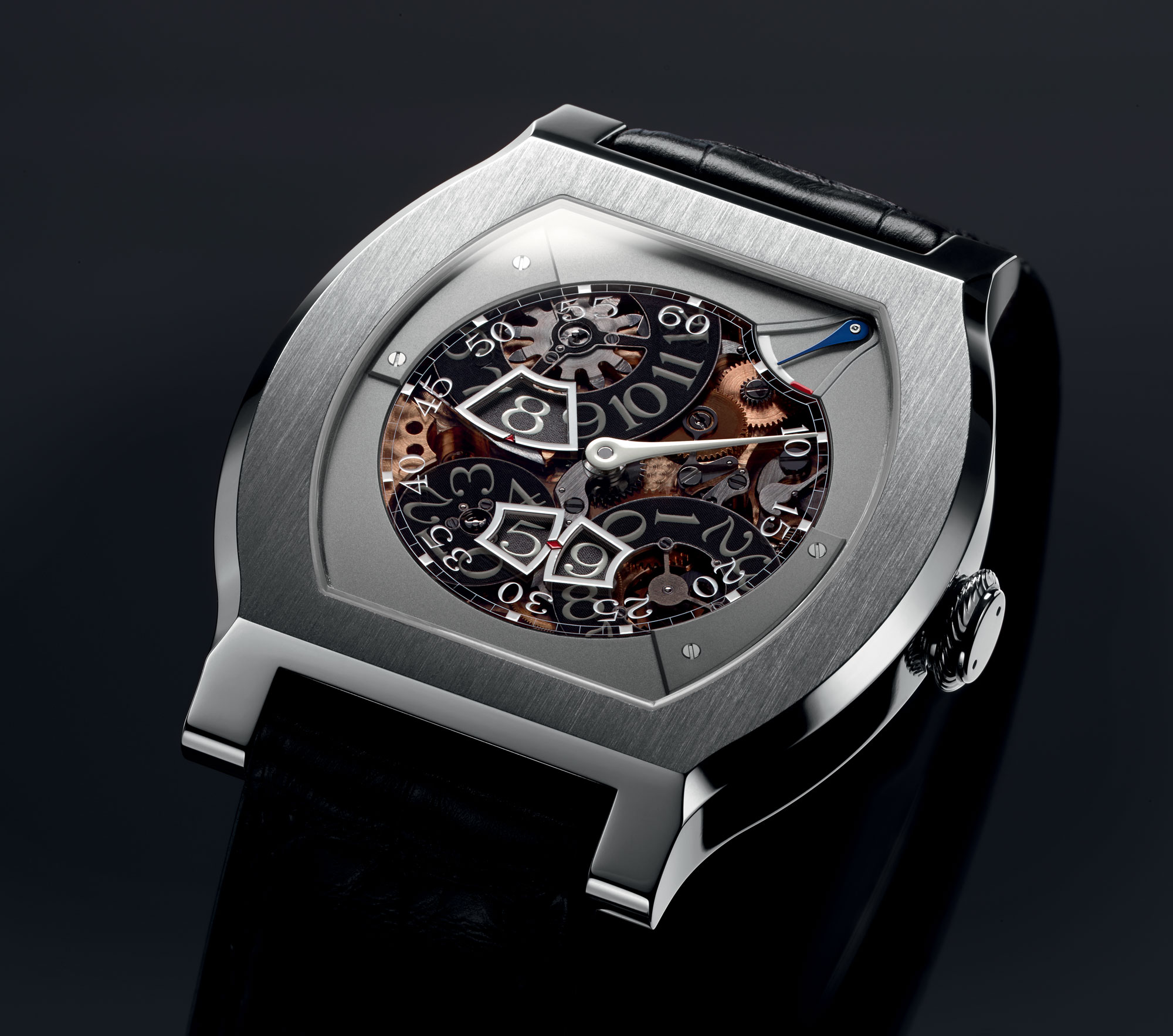 F.P. Journe isn’t one to dabble with mediocrity, and so for the last of the Vagabondage trilogy, has successfully created what was previously thought impossible — a jumping digital seconds indication — and applied it to the Vagabondage III.

First conceived at the dawn of the millennium, the Vagabondage watch was planned as a series of three wristwatches, each gifted with a revolutionary time display. The first of the series, the Vagabondage I, launched in 2006 and had a wandering jump hour. Its hour numerals were showcased via a disk on the dial, and the window surrounding the current hour carried the hour numeral around the dial once per hour, acting as the minute hand. In platinum and diamond-set platinum, the limited series saw collectors around the world clamouring for the unique horological wonder.

Four years later, the Swiss manufacturer managed to outdo itself with yet another digital display of time for the Vagabondage II: a digital jumping hours and minutes display. To accommodate the varying energy requirements of the jumping disks, a remontoir d’égalité had to be installed to provide constant force to the escapement.

Now, F.P. Journe will conclude the Vagabondage chapter with the most technically challenging watch of the trio. The first thing you’ll notice about this timepiece is the twin discs at the six o’clock position that show the seconds as they pass. Jumping seconds in watches produces a significant increase in energy load, sapping power from the barrel which might affect timekeeping. To counter this, the Vagabondage III will be outfitted with the same remontoir d’égalité, which allows energy to be stored and released, to power the jumping seconds display without upsetting regular timekeeping of the movement.

The Vagabondage III is the most exposed mechanically, which is just as well because you’ll be staring at it a lot. The inner smoked sapphire dial — framed by an outer dial with screw-down accents — reveals the brilliant 18-karat rose gold movement. Within the 37.6mm wide and 45.2mm long tortue-shaped watch lies the calibre 1514.

Needless to say, F.P. Journe’s Vagabondage III is a novelty with a limited edition of 69 pieces in platinum and 68 in red gold. Even if you did have the S$79,600 and S$76,800 to shell out for the platinum or red gold watches respectively, you would have to wait. Owners of the first and second Vagabondage watches will have priority in ordering themselves the third iteration with an identical limited series number for their own personal trilogy. Customers will have to identify themselves in the point of sales where the previous watches were purchased from, while second-hand owners can prove their worth with the physical presence of the watches.