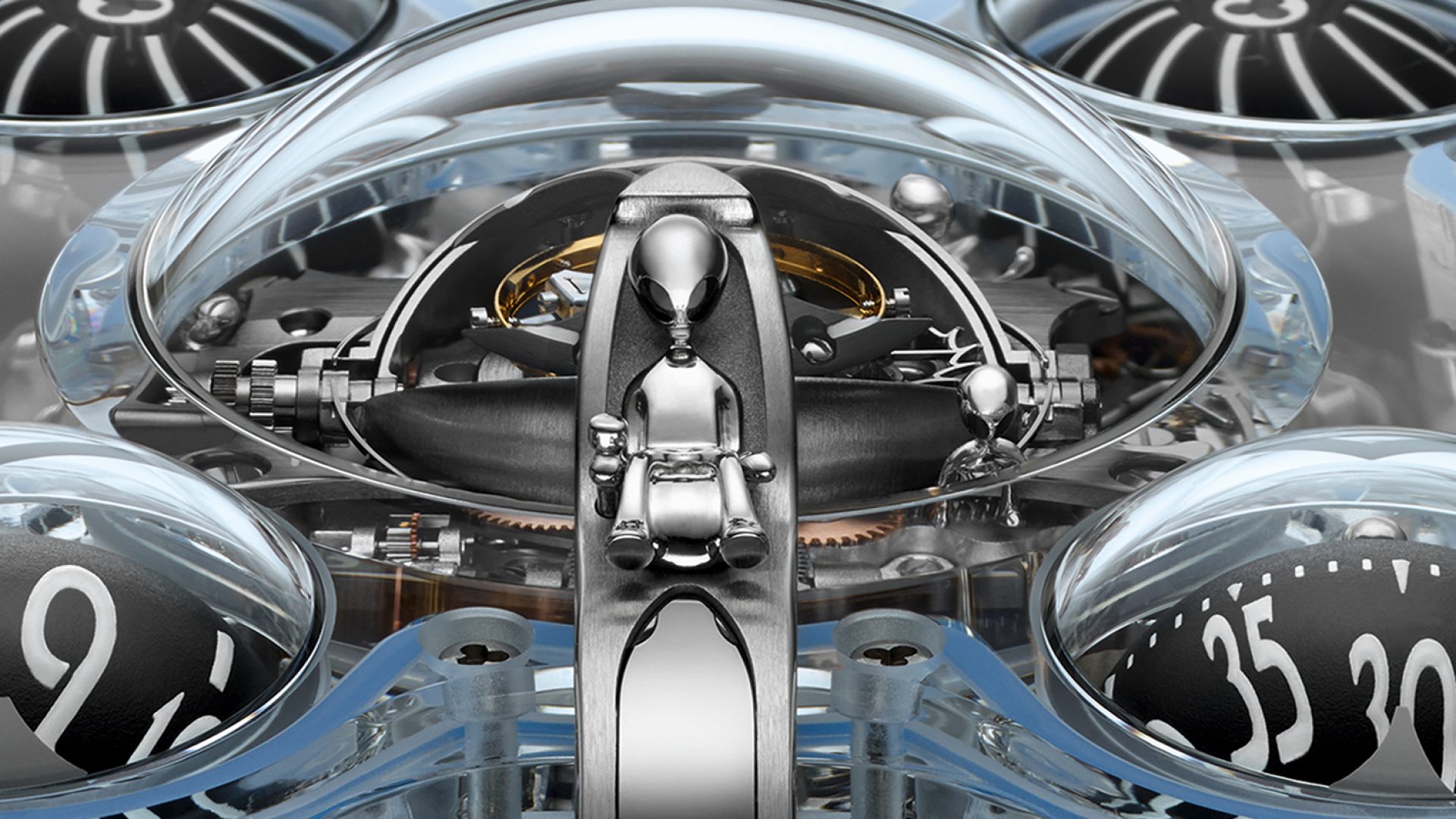 Face Time: MB&F HM6 Alien Nation is a spaceship for your wrist

Some people like things a little — how should we put it — out of this world, and that’s totally fine by MB&F, because it has created the HM6 Alien Nation, an extraterrestrial timepiece that houses tiny alien figures that will always stand by you and your quirky preferences when no one else will.

Its slightly grotesque shape aside, this watch is actually a rather impressive work of mechanical craftsmanship, starting from its case. Made of 12 pieces of sapphire, the 50mm case comes in four colours — green, blue, purple and turquoise — via Super-Luminova on the numbers and AGT (Ambient Glow Techonology) Ultra, a resin impregnated with the luminescent material, for the larger sections. At night, the HM6 Alien Nation illuminates with an incredible otherworldly glow in all its odd-shaped glory.

Manned by six tiny solid white gold alien figures, this MB&F watch borrows the same movement from the original HM6 Space Pirate watch. The self-winding calibre has enough juice for 72 hours and a platinum rotor that resembles a battle axe on its rear, a feature which has come to be a trademark for the brand. Of course the centrepiece, a flying tourbillon with a retractable titanium cover, is commandeered by the little spaceship’s captain, who sits in the chair at the front of the case.

To tell the time, look to the two rotating domes on the lower corners of the timepiece, while the top half will see turbines that are linked to the automatic rotor and spin as its wearer moves. The user-controlled titanium shield can be activated by the crown on the left, while the right crown winds and sets the movement.

A limited edition of four timepieces, the MB&F HM6 Alien Nation is a remarkable but strangely curious piece of horological experimentation. MB&F has never been one to shy away from creating conversation-starting pieces, and this one promises to make that conversation last for hours.