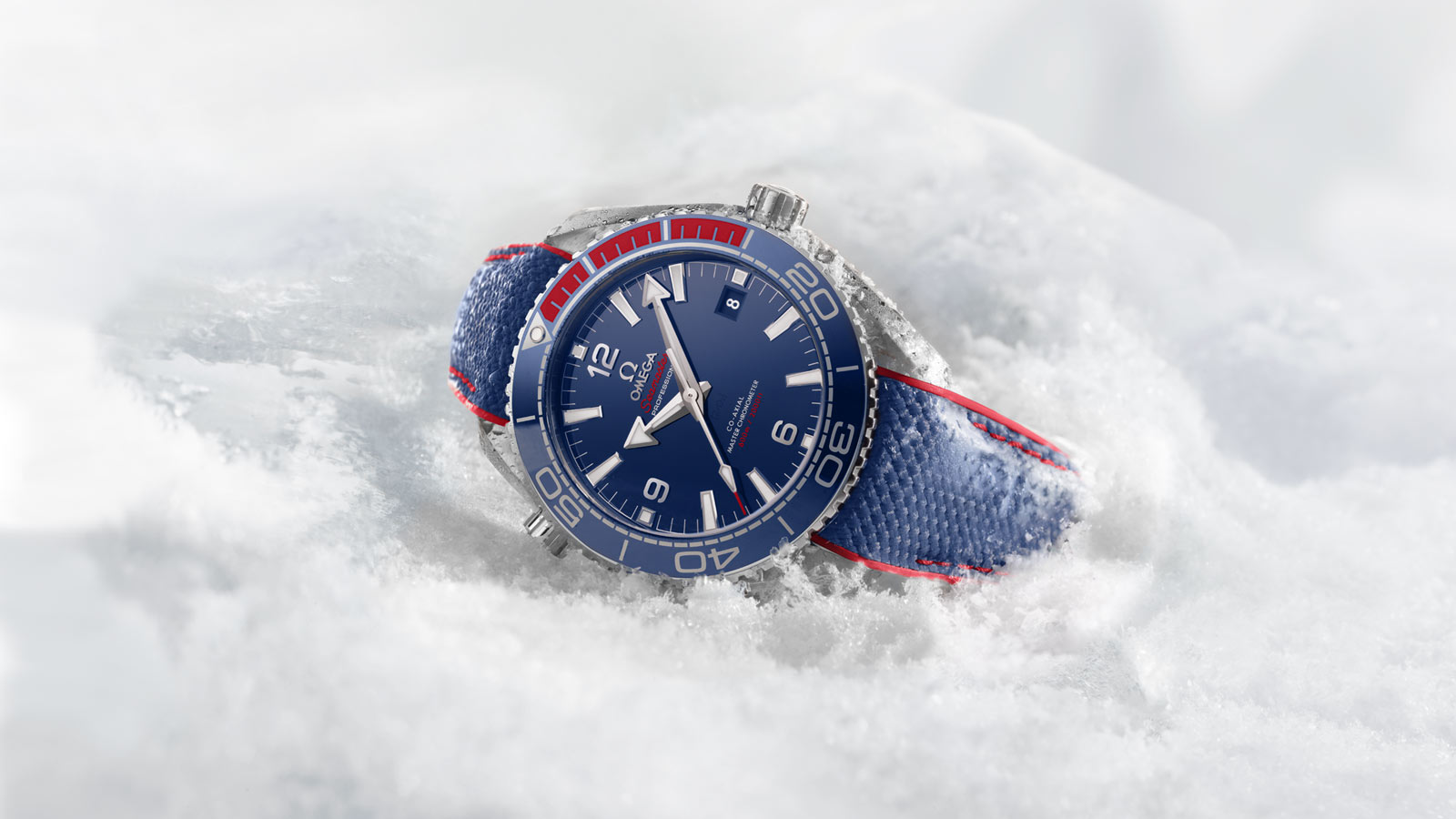 As the official timer of the Olympics since 1932, Omega is no stranger to throwing a proper party with each new edition of the sporting event — only these parties usually involve a special edition. But we’re not complaining, Omega has made some seriously desirable Olympic-inspired designs, namely the Omega Seamaster 300m Rio 2016 last year.

To commemorate the start of the 365-day countdown to South Korea’s 2018 Winter Olympics, Omega not only unveiled two countdown clocks in Seoul and New York, but also a limited edition Omega Seamaster Planet Ocean PyeongChang 2018 Olympics watch. And it’s not hard to figure out its inspiration — the blue, red and white colourway is a giveaway that it pays tribute to South Korea’s flag.

Like all respectable dive watches, this Planet Ocean is water-resistant to 600 metres and sees a manually-operated helium escape valve at 10 o’clock — a feature that isn’t commonly used but still widely adored. Within the 43.5mm stainless steel case is an impeccably polished blue ceramic dial, as indicated by the ZrO2 imprint in the middle.

Subtle hints of red punctuate the dial too, as with the bezel, and rubber strap. The radium-plated hour markers with Super LumiNova complete the trio of colours that make this watch such a great tribute to the country.

As one of the key features of any dive watch, the unidirectional rotating bezel has been given plenty of attention. A unique blend of ceramic and rubber, the entire diving scale is crafted out of Omega’s Liquidmetal that’s a stronger, more durable and wear-free alternative.

At the heart of the Omega Seamaster Planet Ocean PyeongChang 2018 Olympics watch is the brand’s METAS-certified Co-Axial Master Chronometer Calibre 8900, which debuted on the Omega Globemaster back in 2015.

The Olympic theme continues to resonate strongly at the back. On the sapphire crystal case back, through which you can view the well-finished movement, the words “Planet Ocean” and “Limited Edition” are engraved in blue, alongside “PyeongChang 2018” and the Winter Games logo — lest you forget.

Of course, Omega has cheekily made this a limited edition of 2,018 pieces worldwide. Presented in a special box worthy of any collector’s shelf, the set also comes with an extra stainless steel bracelet, giving this timepiece extra mileage even after the games.