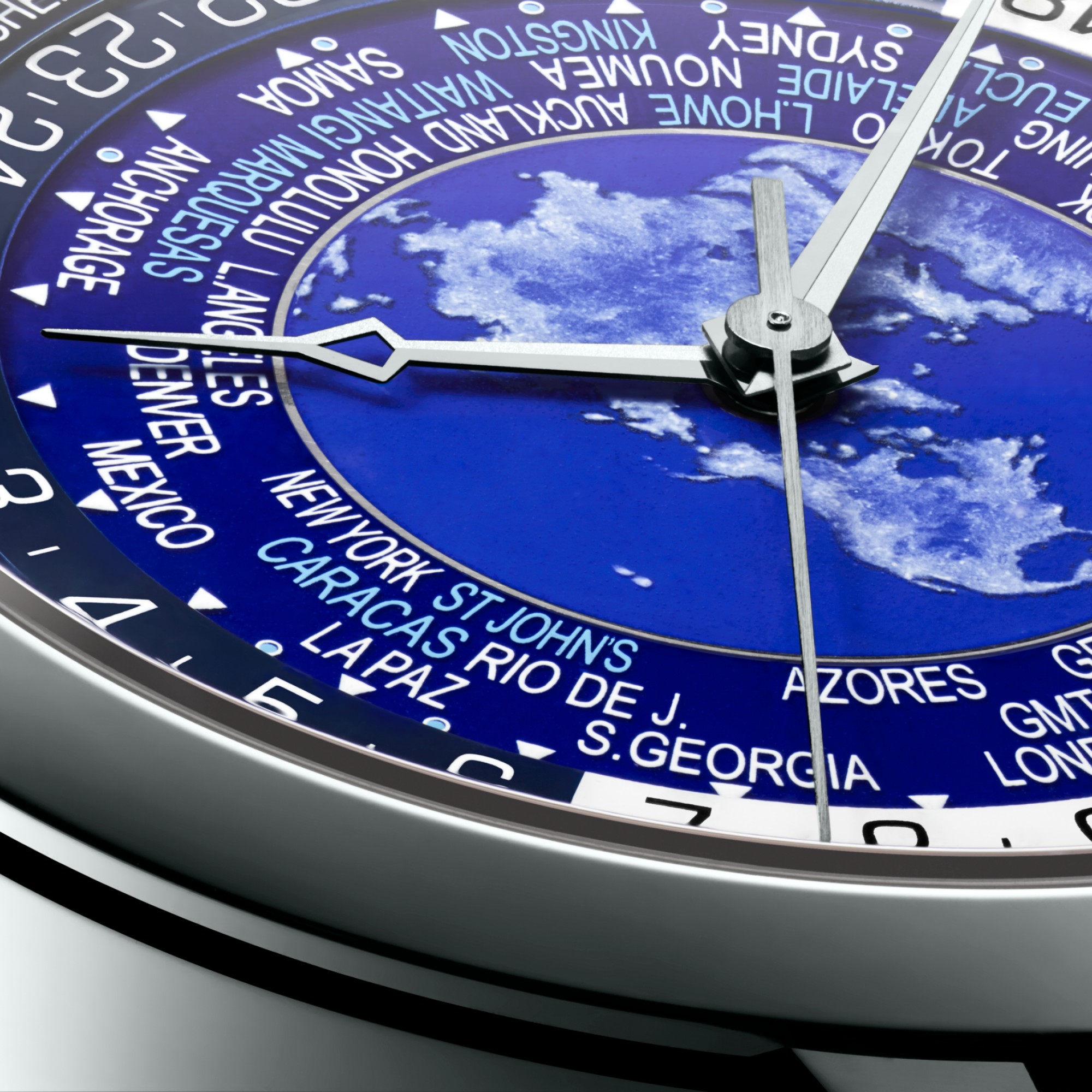 Since 1755, Vacheron Constantin has always been eloquent in expressing some of the industry’s most demanding watchmaking techniques and expectations. Some centuries later in 2011, it continued to challenge the limits of horology with its first world time model, the Vacheron Constantin Traditionnelle World Time.

A world-timer is hardly a breakthrough concept. However, instead of a usual display that displays 24 different time zones, the Geneva-based manufacturer’s could display 37, which is all of the world’s time zones, including the hour-hour and quarter-hour ones. Remarkably, it also displayed both day and night indications via a stunning rotating sapphire crystal.

Now, following the success of the two previous iterations, Vacheron Constantin has launched its prettiest version yet. In place of a three-dimensional gold-engraved world map, the Traditionnelle World Time has a blue enamelled dial that breathes new life into the otherwise stoic platinum case. The centre dial is comprised of three overlapping discs, creating a complex algorithm of city names, time zones and hour markers.

Strikingly realistic, the seas are portrayed via opaque blue enamel, accentuating every detail around the continents. Coastal and land reliefs take on more subtle shades of blue and white via the grisaille enamelling technique.

Delicately painted by master craftsmen, Limoges white paint — a rare and fine powder mixed with oils — is meticulously applied to dark enamel for perception of depth, using needles and brushes. Dexterity, experience and of course, extreme precision are instrumental, since opaque enamel isn’t tolerant to flaws.

The technique also extends onto the 24-hour disc and 37 city names. Those with one hour offsets are printed in white, while the remaining 13 — offset by 15 or 40 minutes — are pale blue.

Inside the relatively large 42.5mm case lies the Geneva Seal certified calibre 2460 WT. The self-winding engine beats at 4Hz and drives the simultaneous reading of all the time zones with day/night indication and simplified adjustment via the crown. 40 hours of power reserve is at hand here.

As expected of every Vacheron Constantin haute horology creation, this version is a limited edition of 10 numbered watches, each bearing the Hallmark of Geneva and finished with a midnight blue alligator leather strap. Which also means that you can expect a price tag in the ballpark of S$145,700.