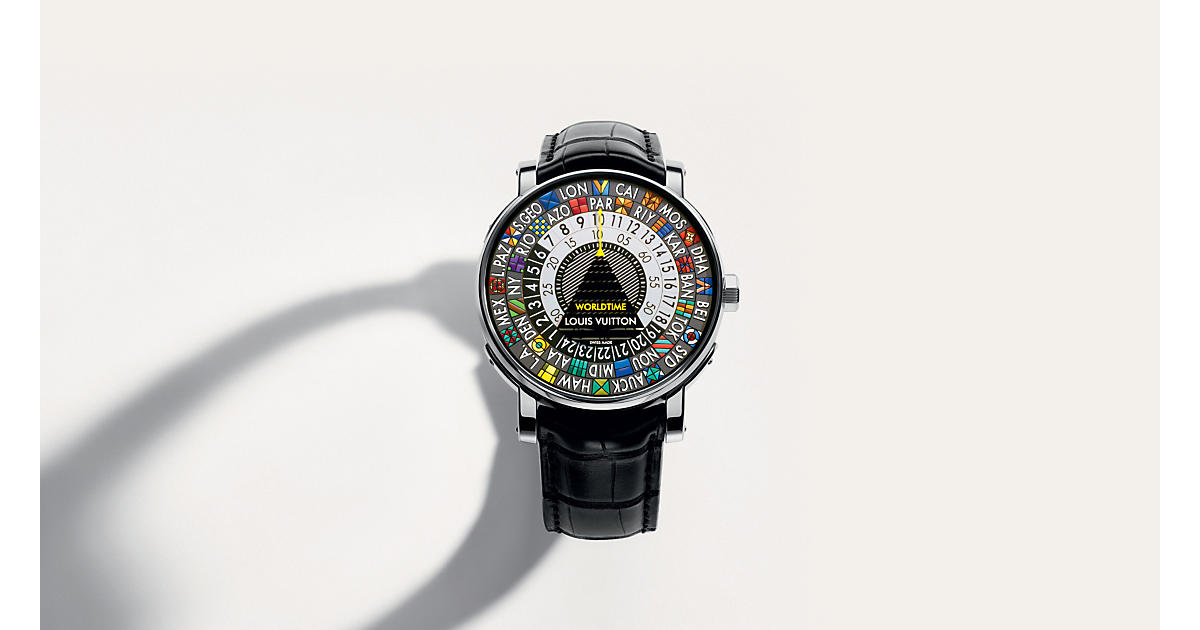 If you find yourself in the business class lounge more often than your own home, chances are you’ll evolve into a discerning jet-setter who’ll pick up a thing or two about being travelling in style. As we’ve pointed out with chronograph watches, you could easily whip out your smartphone to time racing laps, just as you could for the time anywhere in the world, but we imagine that wouldn’t be as sophisticated as pulling your sleeve back ever so slightly to take a glance at your world time watch.

World time watches have been around for ages. A concept cleverly thought out by Louis Cottier, the mechanism shows all the global time zones on the face of a watch at once, though modern iterations have challenged this notion by opting for more creative approaches.

As you’ll see from the 5 world time watches below, these do more than merely tell the time anywhere on the globe. They’re known for being extremely pretty, with their busy concentric dials looking supremely different from any other complication out there. From Louis Vuitton’s easily recognisable Escale Worldtime to Jaeger-LeCoultre’s unique time zone-tourbillon marriage, these are some of our favourites in the market right now. 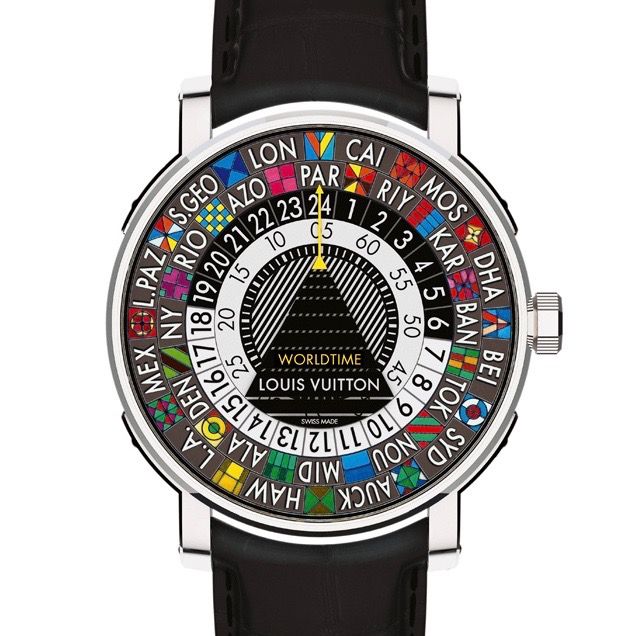 This was obviously made for the traveller who ventures on his own terms. A sprightly take on the usually serious time zone watch, the Escale Worldtime is a 41mm watch that sees hand-painted rings integrated into the movement. Each ring has names of the cities and their corresponding emblems inspired by the monograms on the Maison’s famous vintage trunks. Obviously, this requires a steady hand and a lot of patience; each timepiece takes an artisan over 50 hours to hand paint. With this watch, you’ll be able to tell the time in 24 timezones at once, and to set it, simply use the crown to line your home city with the yellow arrow at 12 o’clock. 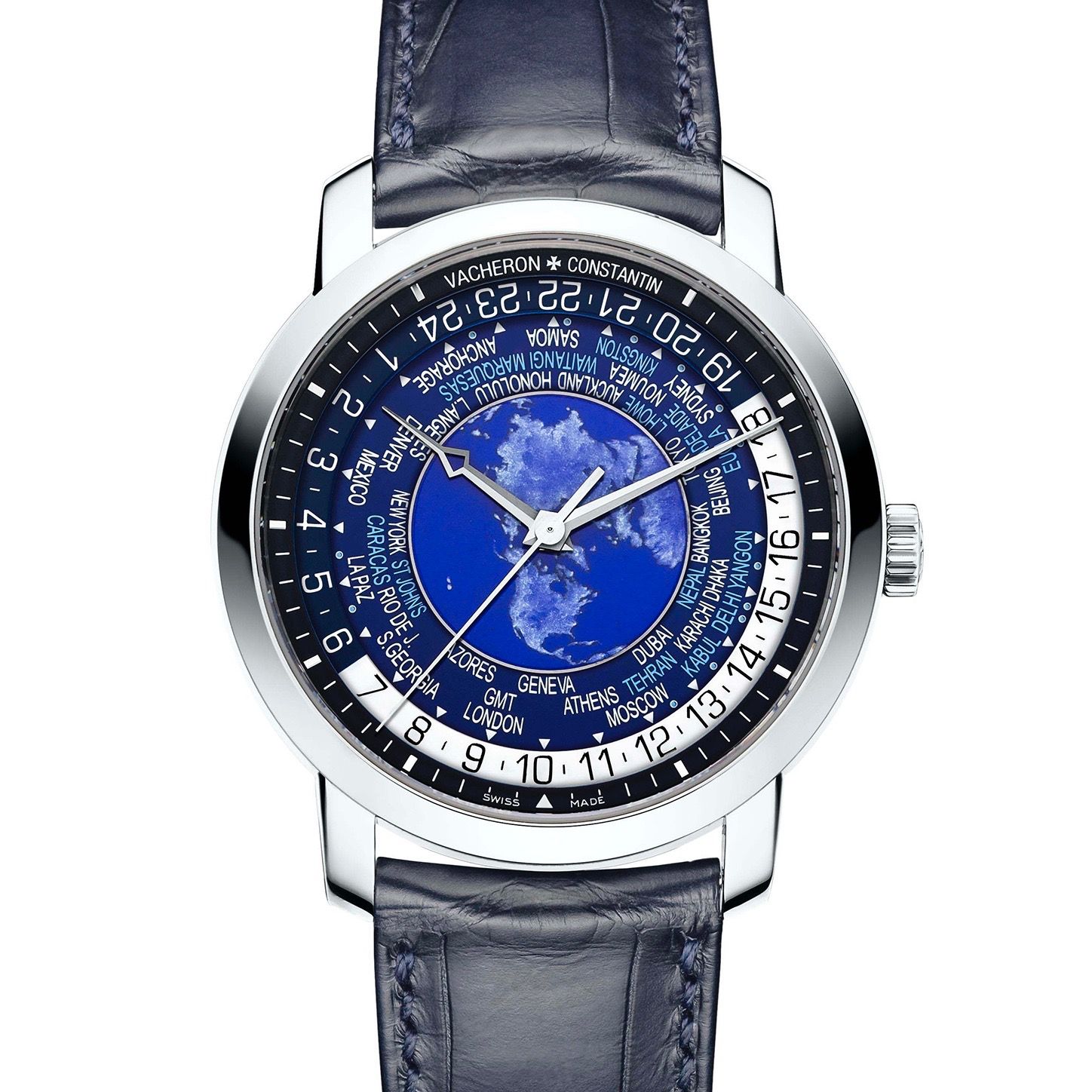 What do you do when 24 timezones aren’t enough? Look to Vacheron Constantin, of course — its new enamelled Traditionnelle World Time is more than a very pretty accessory for your wrist, it also tells a complete tale of the world’s time zones — all 37 of them. While that might be impressive in itself, it one-ups itself with a day-night display, denoted by a rotating sapphire crystal. Within a minimalist platinum case is the blue grisaille enamelled globe that shows varying depths of the earth’s sea, land and coastal regions. 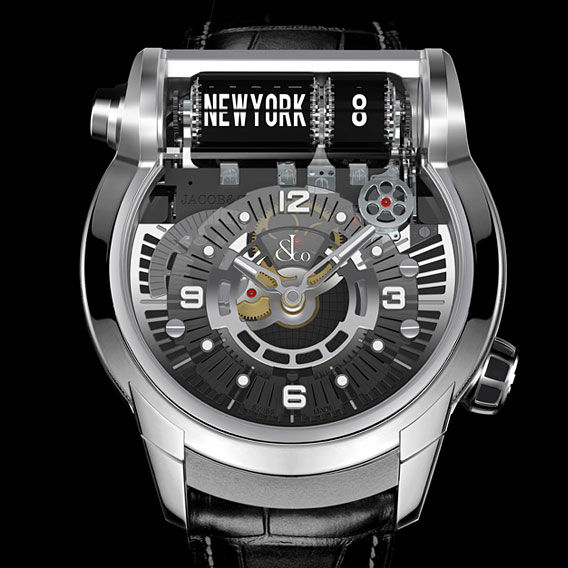 If you enjoy starting conversations around the world, you’ll need this watch. While far from being elegant, the Epic SF 24 remains an attractive luxury watch for its unique shape: A round case with an attached region for the world time indicator. A vestige of the flight information displays of airports in the past, while the split flap world time indicator shows the indicated city’s time in 24-hour format. At 45mm wide, the watch is slightly big, but kept lightweight thanks to its titanium case. We give this one points for being a visual treat — we guarantee you’ll be fiddling with it a lot. 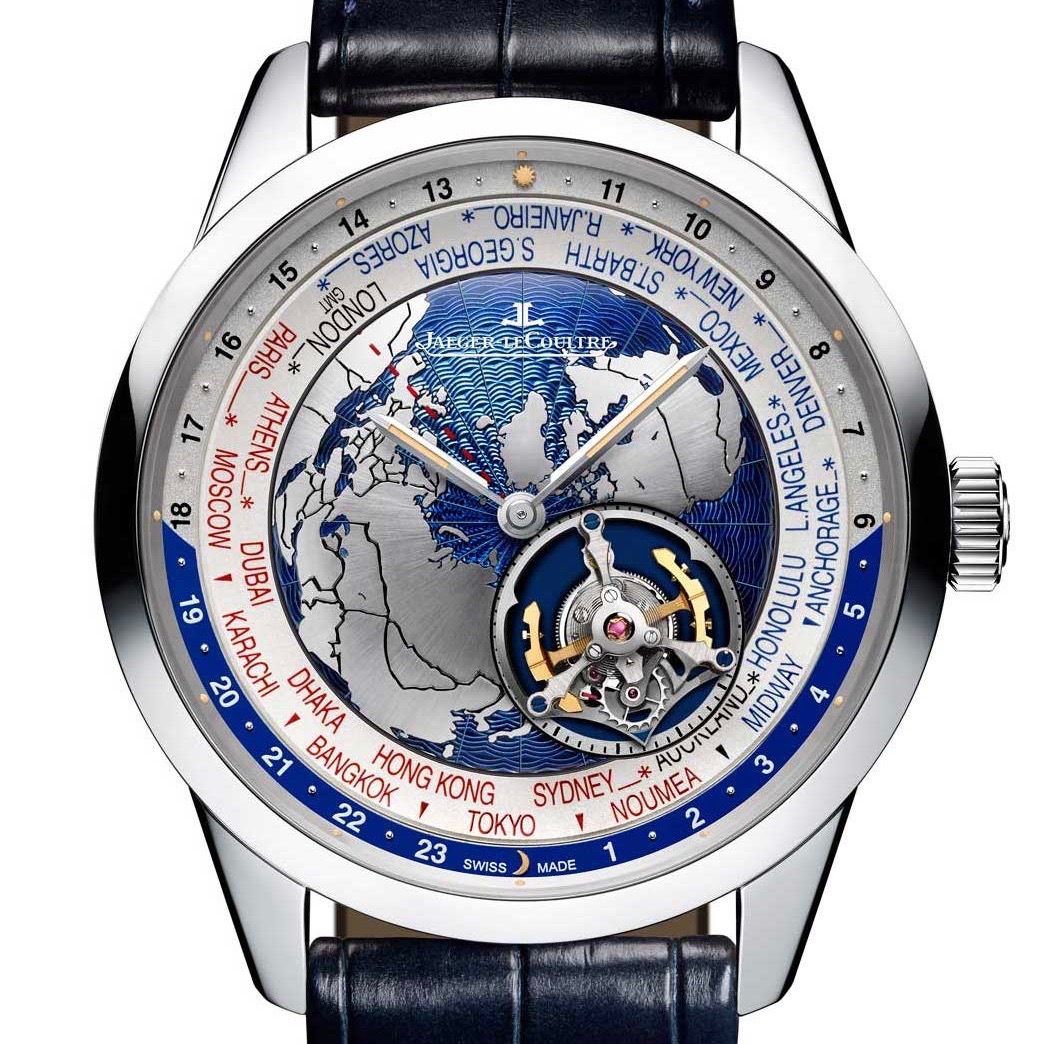 A flying tourbillon is one you wouldn’t associate with world timers, but Jaeger-LeCoultre doesn’t care about following convention. The first ever with such a complication permutation, the unusual timepiece sees the manufacture’s Gyrolab balance-equipped tourbillon sit pretty at the 4:30 position within the convex globe, with a wavy guilloche decoration that distinguishes open waters. To make space for the tourbillon, the discs carrying the city names and 24-hour day-night chart had to be swapped, but that does little to change the fact that this is still a remarkably put-together timepiece. 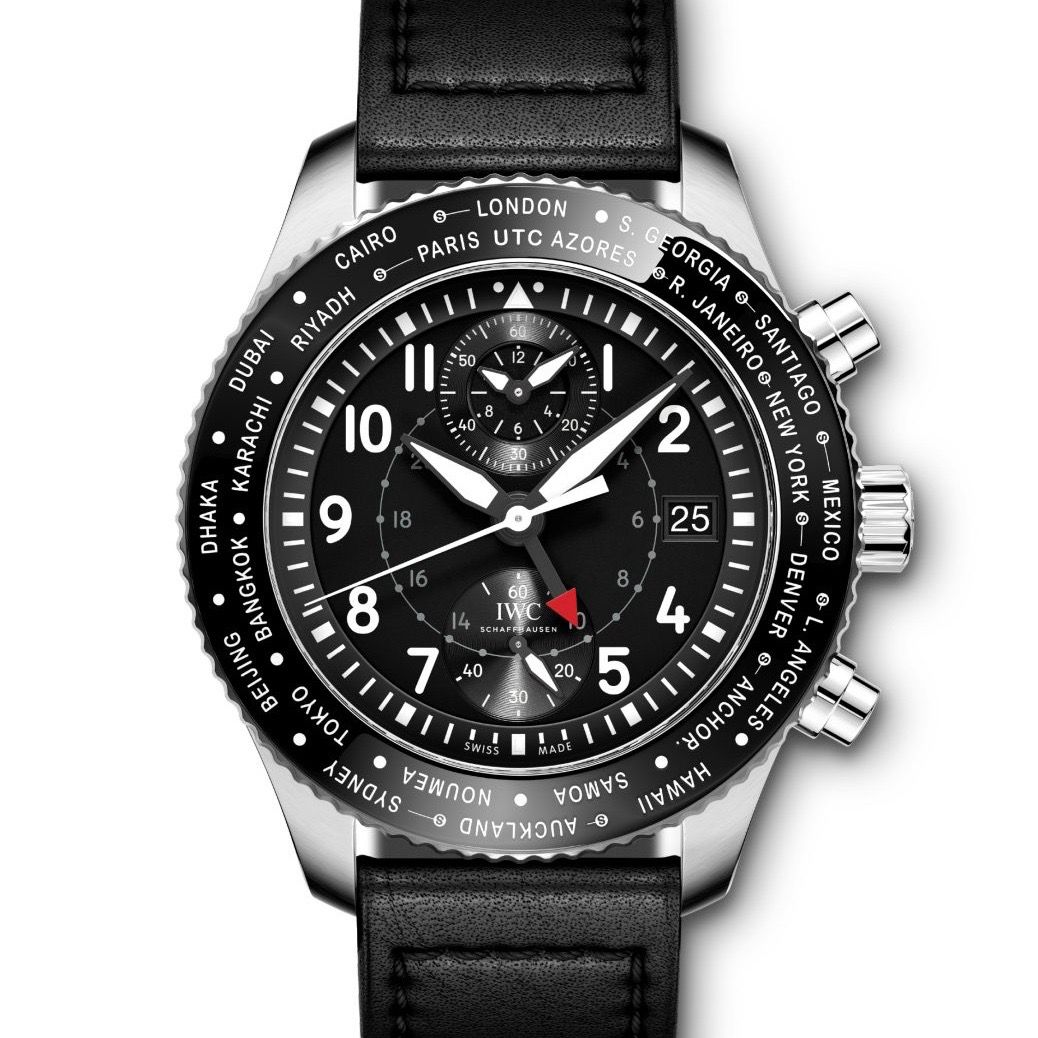 This isn’t your regular world timer — for the first time ever, you can set the time zone on a multi-time zone wristwatch by simply pressing and turning the bezel of the watch. Radically different, the locking bezel is coordinated with all displays, including the time, date and 24-hour hand, making it extremely versatile and convenient. It’s also thoughtfully taken into consideration the daylight saving months when timezones are an hour different from each other, indicated by the “S” on the black polished bezel.