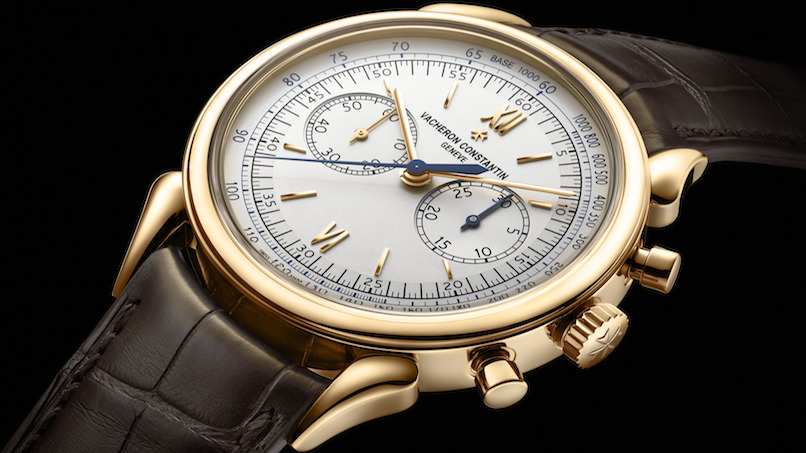 Here are 5 new Vacheron Constantin models to invest in

Founded in 1755, Vacheron Constantin is one of the world’s oldest watchmakers with decades of expertise in the craft of horology. It’s also famed for its sleek and sophisticated designs, and boasts a star-studded clientele of famous names such as the Duke of Windsor and former US President, Harry Truman.

Ever at the forefront of innovation, the Swiss label recently launched several new timepieces. Three are new models for its signature Historiques collection, which is inspired by Vacheron Constantin’s technical and aesthetic heritage.

The new creations include Cornes de vache 1955, a beautiful pink gold watch inspired by an archival 1955 chronograph, and fitted with bold “cow horn” lugs and two round pushbuttons. It also comes with a column wheel shaped like a Maltese cross and is powered by a Caliber 1142 with a 48-hour power reserve.

The timepiece also features a hand-decorated manual-winding movement, which can be viewed through the transparent back of its 38.5mm-diameter case. The dial is fashioned in silvered opaline and embellished with applied numerals and hour-markers, with delicate 18k gold hands that tell the time. Completing its stylish aesthetic are brown alligator leather straps with large square scales.

Another highlight is the American 1921, which draws inspiration from a vintage 1920s cushion-shaped model. The new watch is crafted with an eye-catching cambered case, a quirky diagonal time read-off, offset ball-shaped crown and a silvered dial with blue painted numerals.

The 40mm-diameter crystal case is water resistant to up to 30m, and houses a manual-winding Caliber 4400 AS with 65 hours of power reserve. Designed with a dark blue alligator leather strap and platinum buckle, this chic watch promises to be a versatile accompaniment to any outfit, as well as a great conversation-starter.

Equally noteworthy is the Ultra-fine 1955, a super slender timepiece driven by a mechanical manual-winding Calibre 1003. The watch is one of the thinnest in the world with 117 components cleverly packaged in a 4.13mm-thick case, and offers 31 hours of power reserve.

It is mounted with luxurious 18k gold bridges and a plate, which can be viewed through the sapphire crystal back of its case. The dial is minimalist and simple, with a thin bezel, gold baton hands and blue hour-markers.

Apart from the Historiques watches, Vacheron Constantin has also rolled out two new pink gold models for its Malte collection, which last underwent a revamp in 2012 and is known for its curved shape and understated display.

One of the new additions is the Malte Moon Phase and Power Reserve, a barrel-shaped design with smooth curves, discreet lugs and a light domed dial adorned with a dainty moon phase. The watch features a manual-winding Caliber 1410, and its moon phase mechanism is powered by a high-precision gear train and requires only one correction every 122 years.

For those who are more inclined towards skeleton watches, the newly-introduced 18k pink gold Malte Tourbillon Openworked is a stunning example. It is fixed with a curved case that reveals entirely open-worked and hand-engraved barrel-shaped tourbillon movements alongside a Maltese cross-shaped tourbillon, creating a three-dimensional effect. The watch is driven by a mechanical manual-winding Caliber 2790 SQ and comes with some 40 hours of power reserve.