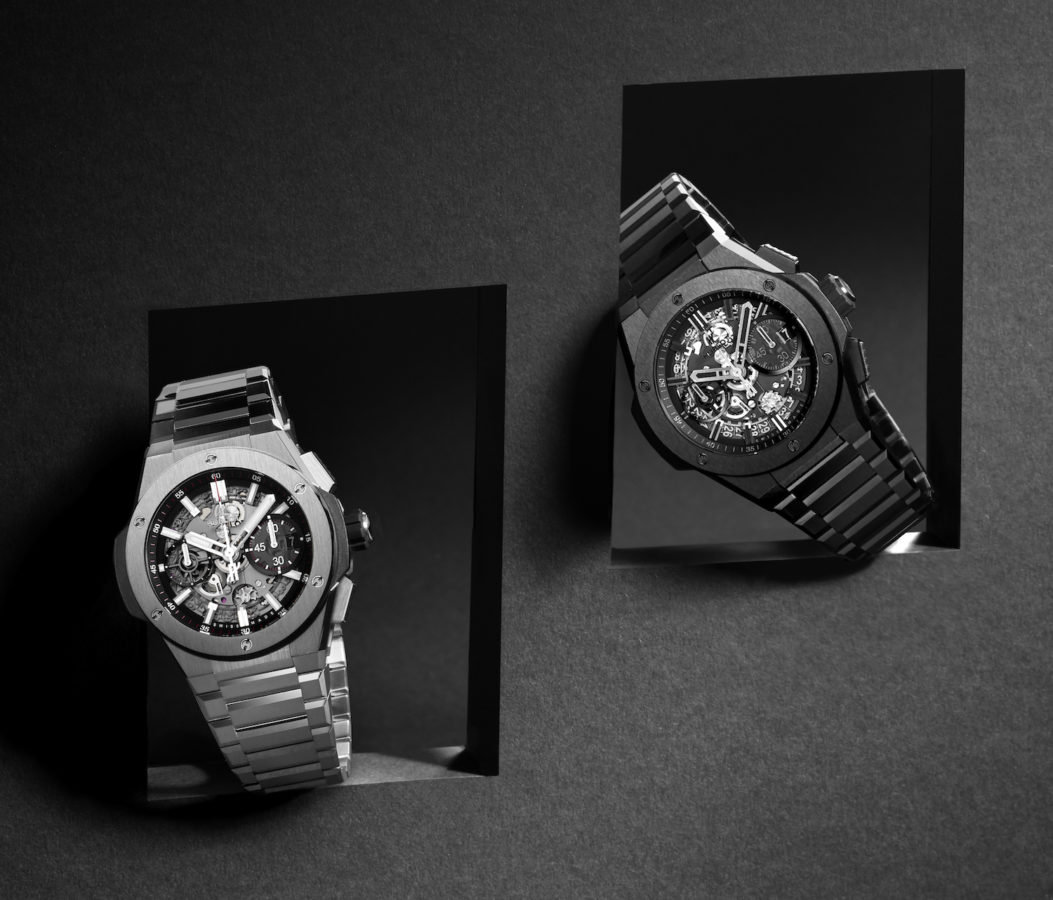 The first month of the decade has barely begun, but it seems the watch manufactures are back in full force.

The LVMH Watch Week in Dubai just last week housed some of the industry’s biggest names and gave the horological world a peek at what they can expect for the coming year. Of the many, Bulgari and Hublot took centrestage for offering modern iterations of timeless classics.

Here are the latest watches to get acquainted with today.

Even the Octo Finissimo isn’t immune to the immense draw of the steel watch today. Bulgari’s pride and joy — well-loved today for its ultra-sleek design — is the latest to cave in to the popular material, which will no doubt garner a whole new legion of fans.

Its shinier luster will take some getting used to, but it makes the watch’s angular silhouette pop even more than its matted counterparts. The satin-steel 44mm case is matched with a black lacquered dial and faceted rhodium-plated hands, and houses the ultra-thin BVL 138 Finissimo movement within. With a launch price of US$12,000 (S$16,200), this steel version is well-positioned to appeal to those seeking out a respectable integrated steel bracelet watch without having to sell their kidney.

Audemars Piguet’s money-making baby, the Royal Oak Perpetual Calendar has seen all sorts of guises throughout its decorated history, with some of the most popular versions including the all-black ceramic and stainless steel (of course). Today, it adds yet another on the list: Titanium.

Limited to 88 pieces worldwide, this limited edition skin was the result of a partnership with Instagram-famous watch collector Austen Chu, who wanted to highlight the brand’s “enduring history with China”. Here, the ultra-light titanium case and bracelet are paired with a slate grey dial in a signature “Grande Tapisserie” pattern. Its monochromatic facade is then emphasised with black sub-dials and white hour markers, with only subtle red accents as homage towards Chinese cultural tradition.

Unsurprisingly, this will only be available exclusively at the Audemars Piguet boutique in Mainland China at US$78,300 (S$105,700).

Birthdays are a big deal to TAG Heuer, so for its 160th it comes as no surprise that the Swiss watchmaker would roll out a limited edition of one of its most iconic watches to celebrate its founding in 1860.

Named the Carrera 160 Years Silver Limited Edition, the watch — limited to 1,860 pieces — takes obvious cues from the original Carrera racing-style chronograph, with a few modern upgrades. Here, expect the same silvered dial, chronograph counters with azurage, and the good ol’ TAG-less Heuer badge. It is, however, 3mm larger than its original and its Valjoux movement has been replaced with the newer Heuer 02.

Fifteen years after its flagship model launched, Hublot has announced yet another variation: the Big Bang Unico Integral.

As the first ever Big Bang with an integrated metal bracelet, the watch features an updated 42mm case which sees the first link fuse seamlessly with the bracelet. To avoid it from looking like a solid chunk of metal on the wrist, light and texture is courtesy of alternating polished and satin-brushed surfaces throughout. The applied indices might have replaced the usual Arabic numeral appliqués, but the watch still retains the same round “porthole” bezel with the eight H-shaped screws.

The Integral will debut in three variations — titanium, King Gold, and all-black ceramic — all of which are destined to sell out amongst the contemporary buyers they’re gunning towards.

As one of the oldest watch collections in Omega’s portfolio, the Constellation has gone on to become one of the brand’s most enduring models of all times.

This year, Omega refreshes the men’s line with 26 new models, each crafted from a spectrum of materials to suit any need — think from stainless steel to 18K Sedna gold. Building upon the design upgrade in 1982, this series will see slimmer claws that fit gracefully around the case, as well as slimmer bezels with redesigned Roman numerals. Still, fans will appreciate that the mono-link bracelet and barrel-shaped case with its half moon facets — all iconic details which haven’t been forgotten.

Style Watches Luxury Timepieces New Watches 2020
Shatricia Nair
Managing Editor
Shatricia Nair is a motoring, watches, and wellness writer who is perpetually knee-deep in the world of V8s, tourbillons, and the latest fitness trends. She is fuelled by peanut butter and three cups of coffee a day.
Motoring Wellness Watches Beauty Style