In the loupe: Audemars Piguet’s Royal Oak, a modern icon that saved its company

The world was a groovy place back in the ’70s. There were tie-dye tees and The Bee Gees sang a song about the New York Times’ effect on man. Classic watches were being traded for digital ones that lit up (how radical!) but that was a small issue compared to the crisis mechanical watch manufacturers were facing. 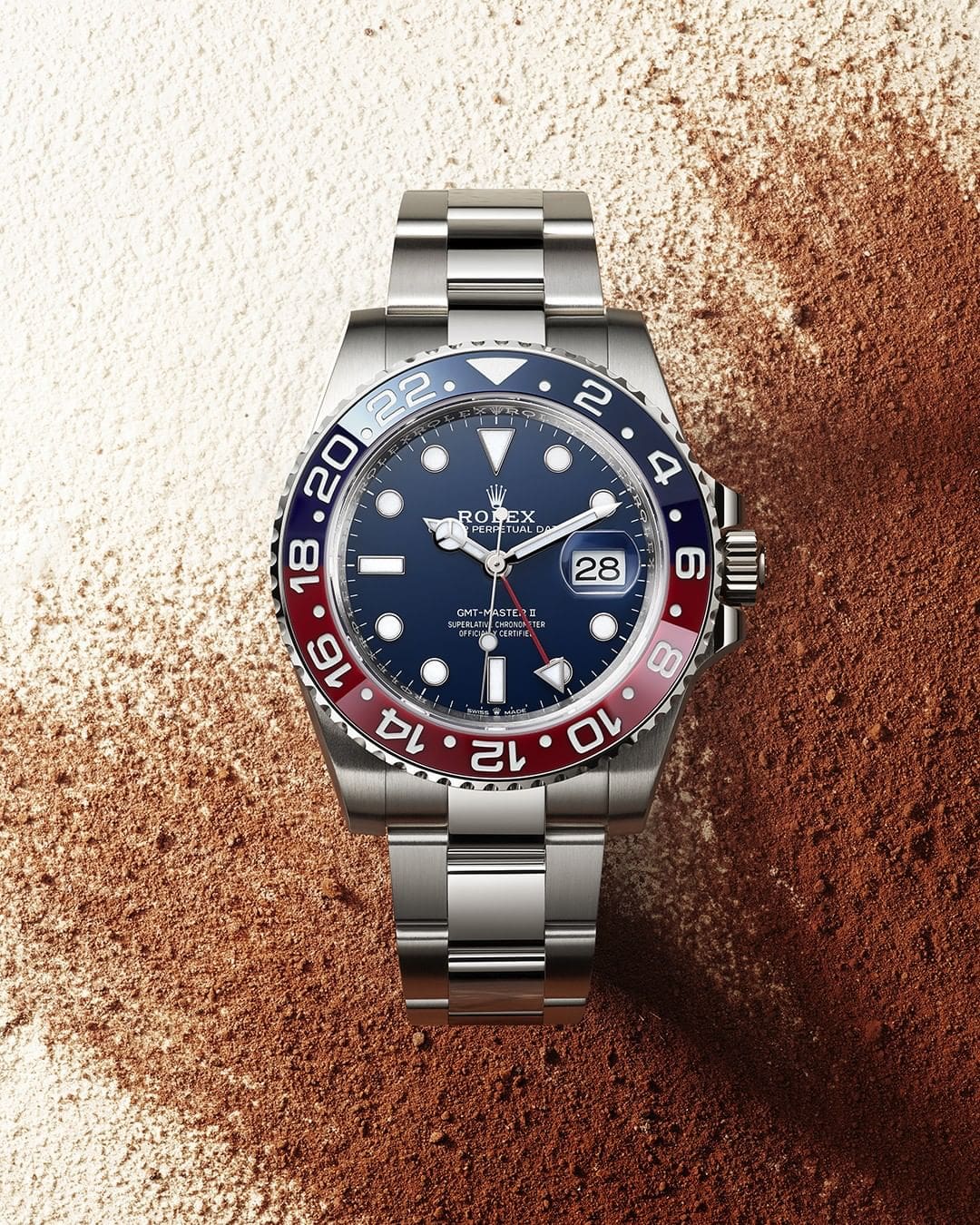 Audemars Piguet — on the brink of a financial collapse — threw caution to the wind and summoned watch designer Gerald Genta for a last attempt to save itself, one that would eventually cement his, the firm’s, the watch’s status as legendary.

Like many other Swiss watch manufacturers in the ‘70s, Audemars Piguet couldn’t escape the inevitable downfall from the rise of quartz watches from Japan, now infamously known as “the quartz crisis”. Besides being significantly cheaper than mechanical watches, quartz watches were also reliable and accurate, and came with both digital and analog options.

By the eve of the 1971 Basel fair (now known as Baselworld), Georges Golay, Audemars Piguet’s then-managing director rang Genta up at 4pm for a design that had to be equal parts sporty and elegant. It also needed to be “an unprecedented steel watch”, and it had to save the company. No pressure, the Geneva-born designer had till the next morning to submit his work.

Now Genta — of Omega Constellation and Patek Philippe Golden Ellipse fame — wasn’t stranger to conjuring up icons. Drawing inspiration from traditional deep-sea diving helmets this time, he designed a revolutionary octagonal-shaped timepiece that would be called the Royal Oak.

At 39mm, the first Audemars Piguet Royal Oak was hefty for its time, but it was remarkably slim at 7mm. Its angular bezel was met by eight visible hexagonal gold screws and an exclusive blue petit tapisserie motif on its dial, alongside a water resistance gasket. Its accompanying stainless steel bracelet was integrated into the watch, and was complex for its time. Inside, the calibre 2121 — still used in today’s Royal Oak Jumbo — was beautifully finished and had an anti-shock system, making it perfect for the sports watch.

A year later at the 1972 Basel fair, the Royal Oak debuted as the first luxury stainless steel watch at 3,300 Swiss Francs, more expensive than a gold Patek Philippe and 10 times the cost of a Rolex Submariner. Its message however, was clear: that it would fit just as well at afternoon golf as it would at a black-tie soiree. The Royal Oak finally married the worlds of practicality with luxury. The Shah of Iran was famously its first customer, which helped generate astronomical interest subsequently. It had become Audemars Piguet’s saving grace.

As Audemars Piguet’s flagship product, the Royal Oak has enjoyed much of the manufacturer’s attention over the years to become the holy grail timepiece it is today. Countless versions have spawned in a myriad of materials — some encrusted in diamonds and others, with tourbillons or perpetual calendars.

Then there’s its adaptation, the Royal Oak Offshore, born 20 years later in 1993 as a beefier iteration of the icon for the younger generation. Nicknamed “The Beast” for its hefty 42mm proportions then, the chronograph was designed by Emmanuel Gueit with a trio of pushers — all of which was greatly offensive to Genta, who also famously invaded the booth at Baselworld then declaring his Royal Oak been ruined.

The icons of today

The latest to join the family is also easily one of its prettiest. The Audemars Piguet Royal Oak Perpetual Calendar white ceramic watch was created as the monochromatic counterpart to the black version in 2017. Contrasted by a dark blue tapisserie dial, the watch features a perpetual calendar powered by the beautifully-finished calibre 5134, which is visible from the sapphire casebook.

Unusually, the watch showcases the week of the year by way of a pointer hand and a chapter ring encircling the dial, with silvered subdials highlighting the day, date, month, leap year and moon phase. It’s the watch everyone knows and loves, only now it’s managed to push past design boundaries.

Technical milestones have also been made, quite recently in fact, now that the new Royal Oak Selfwinding Perpetual Calendar Ultra-Thin is the world’s thinnest wristwatch in its class. Having evolved from its prototype first shown at SIHH 2018, the timepiece’s complex calibre 5133 had to be re-engineered to integrate within an elegant, barely-there titanium case, making it significantly lighter and aesthetically refined than its regular sportier counterpart.

A blue satin dial here — in place of the typical Grande Tapisserie pattern — reaffirms the watch’s more sophisticated standing in the behemoth line-up, all while paving the way for a new generation of complicated watches.

It’s been famously reiterated at Audemars Piguet that “to break the rules, you must first master them.” Every era of the Royal Oak, from its first existence to its record-breaking iteration today has seen numerous quirks and curiosities that have defined it as one of the watches of the century. It is this charm that has defined — and saved — its manufacturer, even till this day.