Home > Style > Watches > Inside Code 11.59 by Audemars Piguet: An evolution of the Swiss Manufacture’s design DNA 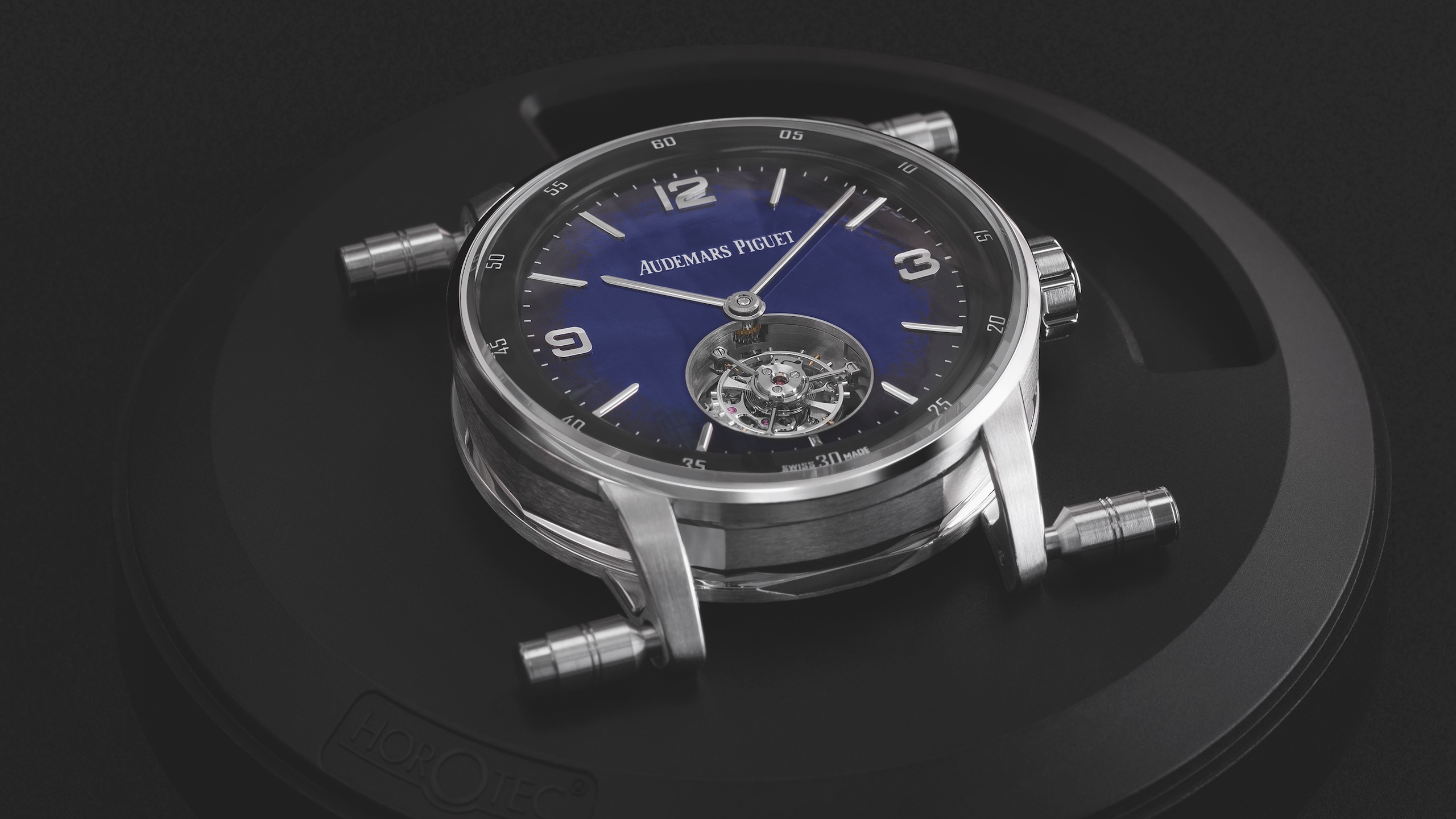 Style
Inside Code 11.59 by Audemars Piguet: An evolution of the Swiss Manufacture’s design DNA
Share this article
Next article

Variously described as one of the watch industry’s biggest launches since 1972, the new Code 11.59 by Audemars Piguet collection has generated a landslide of buzz amongst collectors since its launch in January. Consisting of six models split across 13 references, the overall vibe is one of modernity. The collection introduces cutting-edge technology, time-honoured finishing techniques and of course an entirely original design language. Much has already been said about the new (frankly excellent) in-house movements — in future, these will be going into other collections — so today, we’re shifting gears to take a closer look at the various design elements of Code 11.59 by Audemars Piguet: namely, the collection’s geometrically complex cases, intricate cases, and dynamic logography. Each component used in the case is measured with extreme precision. Precise machining of a Code 11.59 by Audemars Piguet caseback (in pink gold).

The case for geometric complexity

From the outset, the goal of the various specialists at Audemars Piguet was to twofold: to design a case which would be virtually impossible to copy; hand-finishing across every surface (including those invisible to the naked eye). As a result, the new collection possesses a unique silhouette — a coalescence of round and angular forms, with no direct equivalent on the market. On its face, the case appears as a classic circle: quietly referencing Audemars Piguet’s rich tradition of rounded dress watches.

Tilt the watch side-on however, and Code 11.59 by Audemars Piguet becomes a different experience altogether: an octagonal mid-case (alternately satin brushed and polished surfaces) injects contemporary edge; inviting wearers to explore the boundaries between the spherical and angular. This distinctive harmony between octagonal and circular surfaces was achieved using sophisticated 3D modelling, with the brand’s designers working through a large number of prototypes before settling on a viable design.

The lugs were another element of the case that required a fundamental rethink, diverging from conventional design in almost every detail. On all Code 11.59 by Audemars Piguet models, the lugs are composed of five different axes and are open-worked, taking advantage of a bridge-like architecture in order to accentuate the case’s refined hand-finishing. (Its challenging hybrid shape requires the combined efforts of no less than 6 polishers and 5 satin-brushing experts.) Unlike most conventional wristwatches, the lugs are affixed to the watch’s extra-thin bezel using a unique hand-soldering process. Each lug must be individually soldered onto the bezel, using an adhesive paste that is preliminarily applied by hand.

A dial which does much more than displaying the time

In order to make the dial as impactful as possible, watchmakers at Audemars Piguet had to go beyond settled notions around size, proportion, and legibility. They began first by looking beyond the dial itself, and to the sapphire crystal. Internally, its curvature resembles that of a dome, while the external surface is vertically curved from 6 to 12 o’clock. The act of time telling is thus rendered into a unique visual experience — wherein light, perspective, and depth all vary in intriguing, unpredictable ways. Be that as it may, the design language exhibited across the whole collection is punchy and open, with dials generally emphasising negative space in order to keep things legible. (This comes across in almost all of the models in the collection, which are decorated with baton indexes and numerals inspired by an archival minute repeater design.)

The various teams  also determined that the bold direction of Code 11.59 by Audemars Piguet necessitated an equally contemporary typography, culminating in the development of a custom logo for the collection. The 12.5mm ‘Audemars Piguet’ signature is a first for the brand, made using thin layers of 24K gold, built up using a chemical process that’s akin to 3D printing. (The brand’s watchmakers derived this ‘galvanic growth’ technique from a similar process used in the manufacture of micro-electronics.) Up close, wearers will notice the letters in the new signature are connected using a series of cursive-style links which are nearly invisible to the naked eye  — a testament to the at-once artisanal yet cutting edge savoir-faire of the brand.