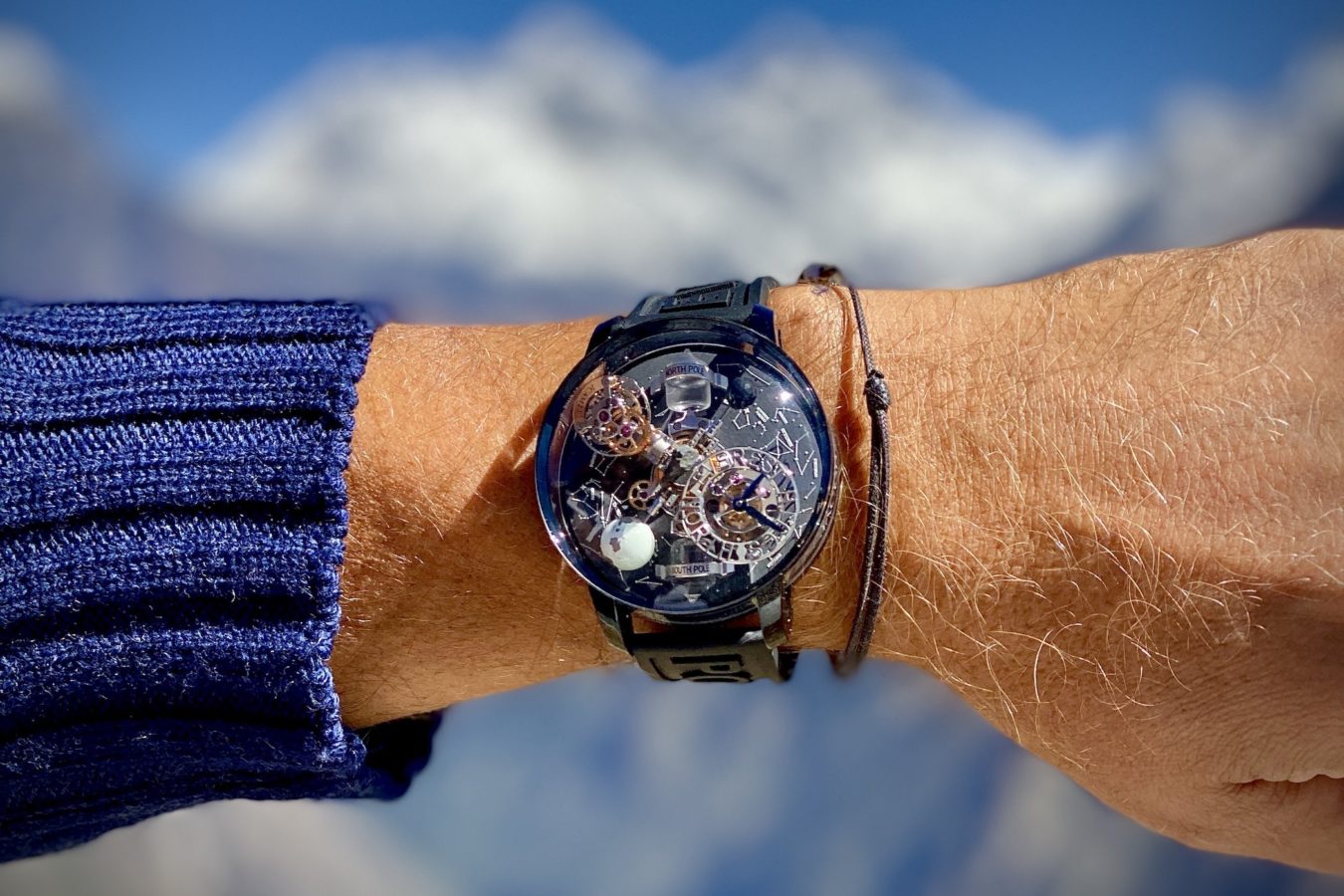 Watches as complicated as Jacob & Co.’s Astronomia usually spend most of their time in a collector’s box, taken out only when the occasion calls for it.

Usually, that occasion is a black tie soiree or an anniversary dinner at a three Michelin-starred restaurant. For Swedish explorer and adventure activist Johan Ernst Nilson, the perfect occasion is scaling the Himalayas.

Wearing a watch like that to conditions as harsh as Mount Everest’s might sound completely absurd, but that’s the exact preconception the Swiss watchmaker wanted to overturn. Nilson — who’s no stranger to frigid, uninhabitable environments — proved that by taking one with him the last time he made it to the peak. A lot of watches would’ve caved under temperatures as low as -30 degrees Celsius and at altitudes of 20,000ft, much less tolerate the impacts that come with scaling tall walls of ice, but the Astronomia survived, and it has innspired the watch that we see today — the Astronomia Tourbillon Everest. 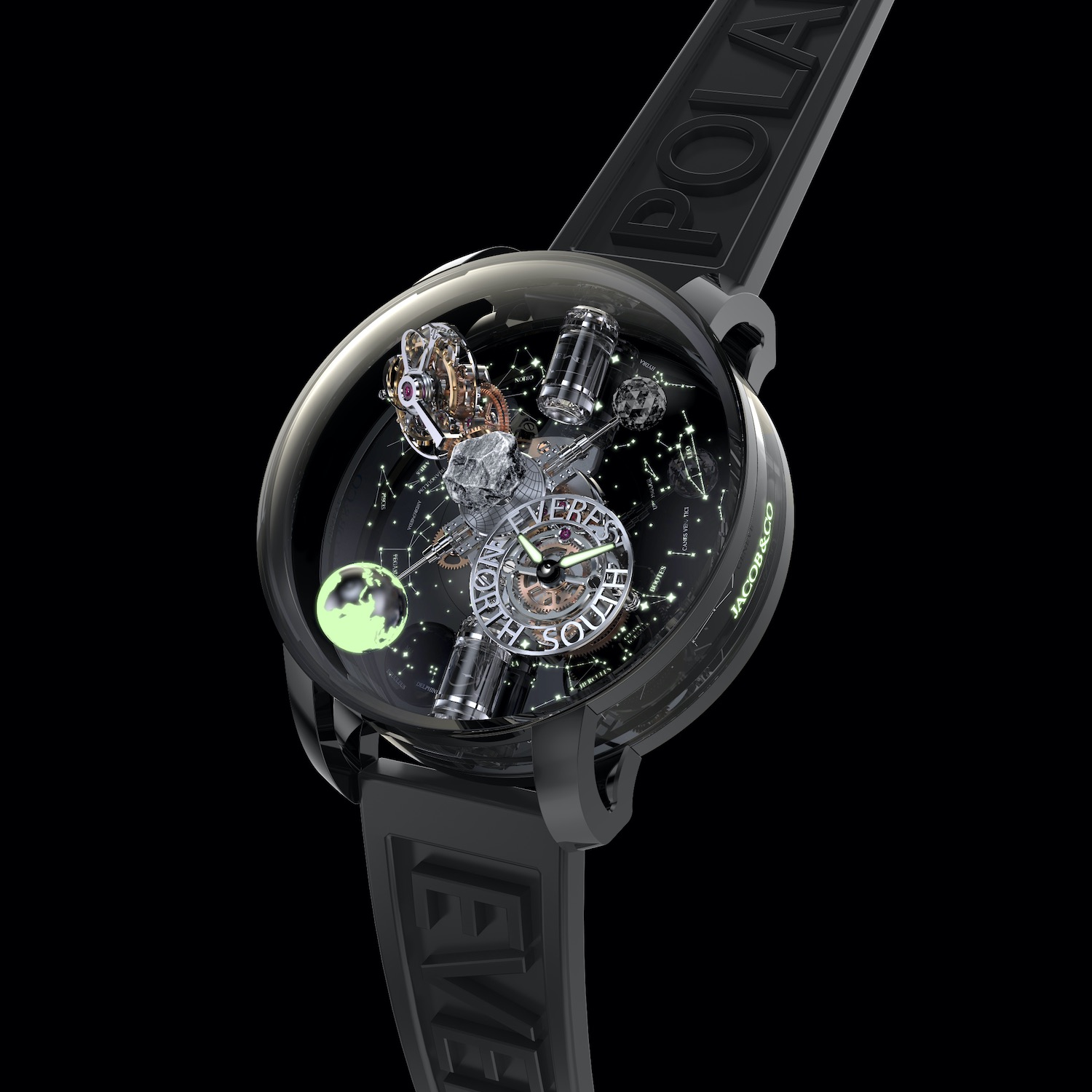 Like the Astronomia Sky, this special edition sees the firm’s trademark double-axis gravitational tourbillon on one of the four satellites. Unlike the Sky, however, this Everest version has plenty more connection to Earth, and so the two little vials at the 12 and six o’clock position contain actual water that Nilson collection at the North and South Poles. On the opposing end of the magnesium-lacquered Earth globe is a one-carat Jacob-cut diamond (or black sapphire, depending on the version) that rotates on itself in 60 sec.

At the center of the watch, however, sits the star of the show: A piece of rock from Everest itself, another souvenir from Nilson’s adventures.

Earthly easter eggs aside, the timepiece was designed to actually serve a purpose. For the first time on the Astronomia is Super-Luminova on its hands, the constellations on the base dial, turning globe, logo, and even the strap, adding a bit of functionality on what would otherwise simply be a horological work of art. 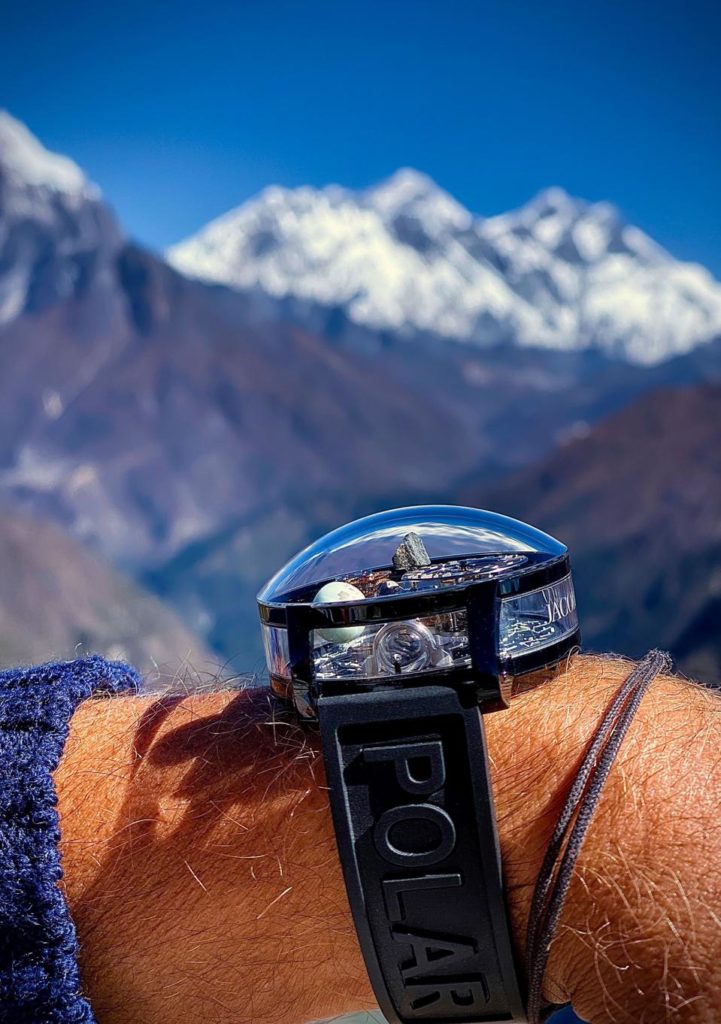 The Astronomia Tourbillon Everest comes housed in a presentation box shaped like Mount Everest, even featuring a line that traces a climber’s ascent up the word’s tallest peak. The timepiece — in a limited edition of 24 pieces — is nestled in an icy interior with a mini speaker that plays the recorded sound of Everest’s strong winds, but if that’s not realistic enough for you each sale includes an Everest expedition with Nilson — via helicopter — to the place where the rock in your watch was found.

As an avid explorer, he also hopes this timepiece can help address the impacts of climate change he’s witnessed while traveling to 172 countries. As such, 10 percent of the purchase price of each package will be donated to an environmental charity, which is pretty significant considering they go at US$884,800 (approx S$1.2 million) each.