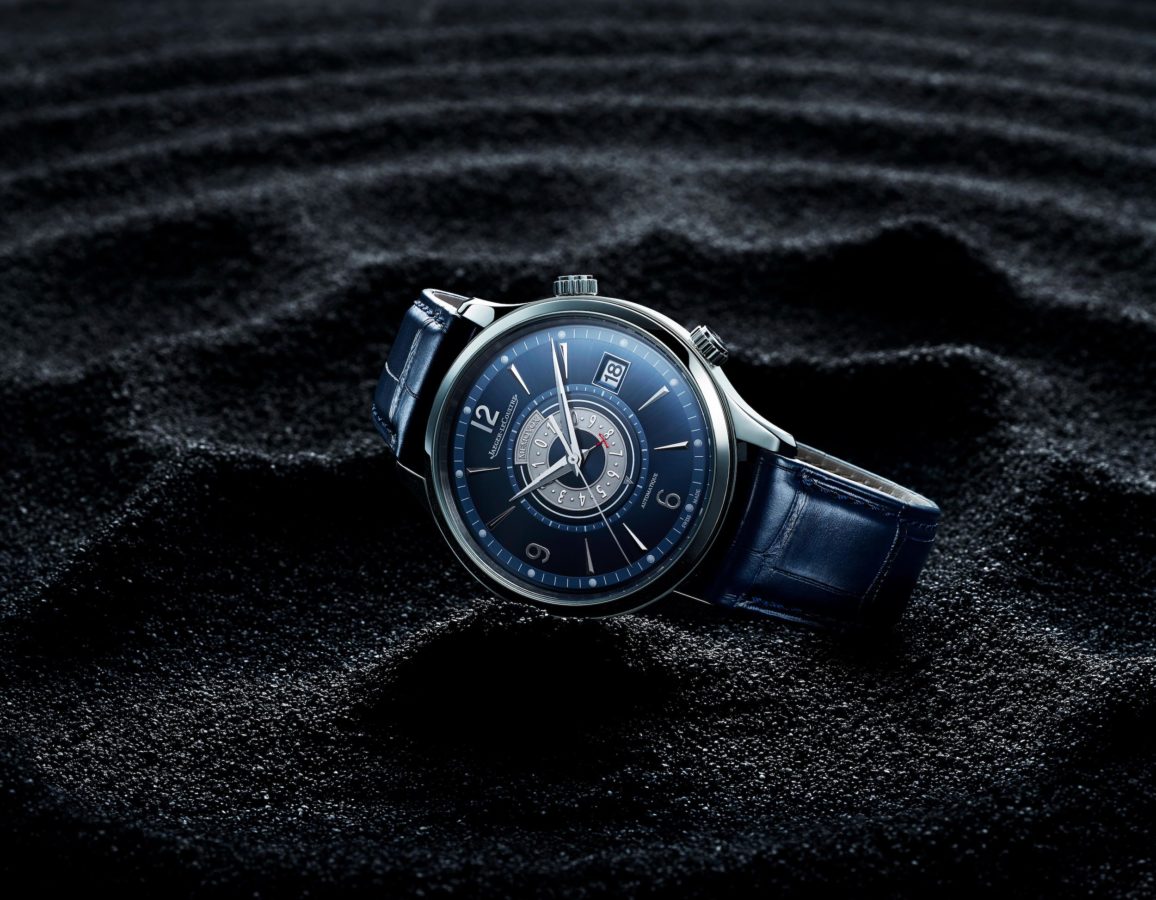 There’s no doubt that alarm devices have become an essential tool today, and we’ve evolved from Hulk-smashing bedside clocks to gently tapping on smartphones when it’s time to wake up every morning.

To understand the significance of the Memovox is to go back to the late 1940s, when the world finally emerged post-war with a great burst of energy and inventiveness. As industries boomed and cities expanded, the businessman was seen as a poster child for this new-found optimism and confidence.

The alarm watch — which drew inspiration from minute repeaters — became the perfect practical accessory to equip these hopeful trailblazers with. Unfortunately, as useful and charming as it was, the alarm remained surprisingly rare in horology throughout the years, which make these all the more special.

The base-model Master Control Memovox might recall the same good looks as its original models in the 1950s but everything inside has been gussied-up to modern standards. The self-winding calibre 956 has been comprehensively revised, and given a transparent sapphire caseback for the first time so wearers can finally enjoy watching the hammer and gong in action. The signature “school bell” alarm sound has been kept to lend some old-school charm to this contemporary take.

The watch is 40mm in diameter but is fairly thick because of its movement, and its dial is kept unfettered with only the necessary information — albeit very gracefully. The alarm and date display is accompanied by a silvery sunray-brushed dial, with elongated applied indexes (a mid-century signature) and slender Dauphine hands. A blue seconds hand adds a pop of colour to this otherwise stark palette.

Memovox models have been reinterpreted over the years with various functions such as a time-zone indicator and even a parking-meter reminder. This time, its engineers have incorporated yet another useful but rather niche complication: the Timer.

You might also like…
Style
Q&A: H. Moser & Cie’s CEO Edouard Meylan on staying relevant in a centuries-old game
Style
6 best lume dial watches to light up your collection with

The 250-piece limited edition is a well-designed timepiece with plenty of visual impact. Hugged by a 40mm stainless steel Master Control case, the dial is two-toned with a contrasting inner scale for its extra complication: A countdown timer. The elapsed hours-until-alarm is indicated by a red hand with a JLC logo, and can be set with the number of hours and minutes desired.

The watch is at its core a beautifully simplistic accessory made for practical reasons, and can be used for a multitude of activities throughout the day, from alerting its wearer about an impending flight and keeping punctuality for an appointment, to even timing meditation sessions. The countdown indicator is linked to the alarm, so whichever alarm-setting method is chosen, the second indicator will also move to its corresponding position.

The new version of the calibre 956 used here is also viewable from the sapphire caseback, with a 45-hour power reserve and 50m water resistance.

Modern technology might have deemed the alarm watch obsolete over the years but like many other complications today, there’s still plenty to be learnt from early inventions like it. The Memovox was first born out of hopes of brighter days after a war. Perhaps the Master Control renditions today are too a timely call to start seeking a future filled with adventures for years to come.

Style Jaeger-LeCoultre Luxury Timepieces New Watches 2020
Shatricia Nair
Deputy Editor
Shatricia Nair is a motoring, watches, and wellness writer who is perpetually knee-deep in the world of V8s, tourbillons, and the latest fitness trends. She is fuelled by peanut butter and three cups of coffee a day.
Motoring Wellness Watches