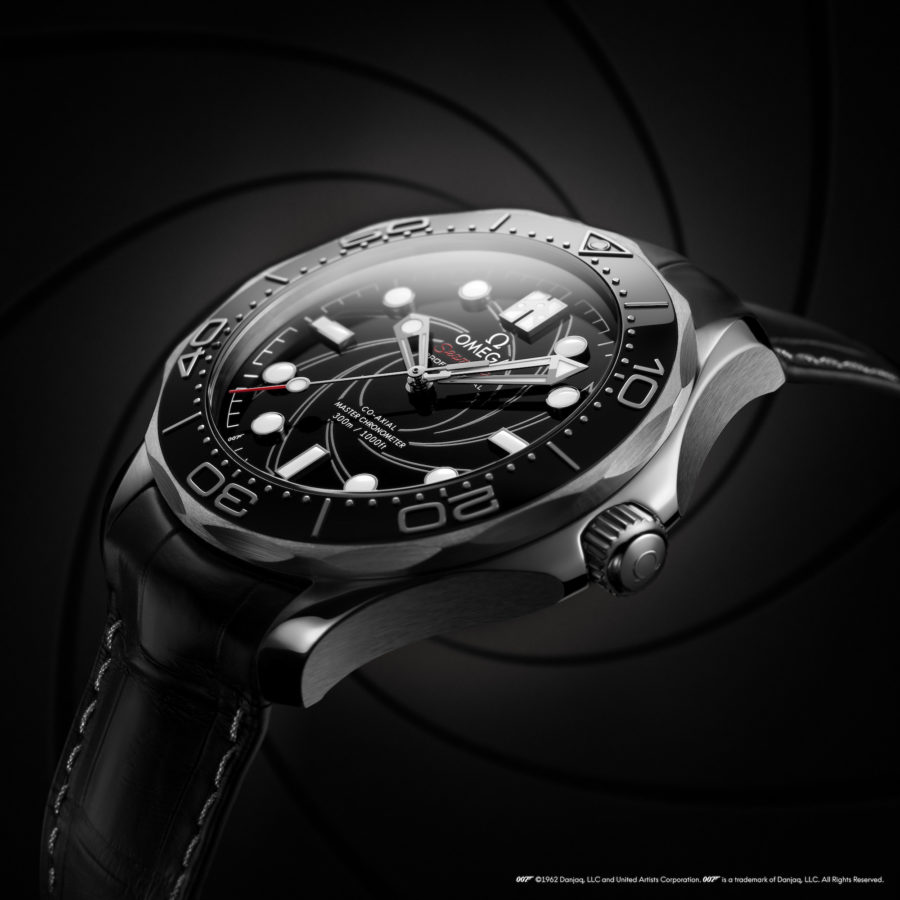 One might argue that the James Bond franchise has been milked to death, but there’s no denying the draw these special editions often bring.

After all, who wouldn’t want to be like the world’s most famous spy? For those who have made it a personal mission to flirt, drink, and dress like Bond, the latest 007 flick, No Time to Die, is going to offer plenty of new material to work with. And it starts with this watch: A new platinum-gold edition of the Seamaster Diver 300M.

For those who need a little bit of history, the secret agent has been toting Omega’s Seamaster around on his death-defying missions since GoldenEye in 1995, a watch which has since become an iconic staple in his widely copied wardrobe. Last year, Omega released a special edition to commemorate the 50th anniversary of On Her Majesty’s Secret Service, a steel timepiece that was limited to 7,007 pieces, and easily recognisable for its spiralling gun-barrel dial design — an obvious salute to the opening scene in the movies.

This year, that iconic look returns for the new edition, a 42mm platinum-gold timepiece that continues Omega’s legacy with the 007. You’ll see familiar details like the hidden number 50 with the Super-LumiNova index at 10 o’clock and the Bond family coat of arms at 12, but that’s where the similarities end.

The hands and index markers have been switched from 18-karat gold to 18-karat white gold, a material of which has been used to etch the gun-barrel dial design as well. Instead of a bracelet, this version comes with a leather strap with a polished-brushed buckle, althoug rubber and NATO options are available as well. The ‘7’ that was once on the steel version’s 6 o’clock is now a snazzier ‘007’ at 7 o’clock too. All these details sit atop a black enamel dial (previously black ceramic), which is paired with a diving scale that’s now been updated with a platinum positive relief instead.

It’s plenty to take in, but Omega also went to lengths to ensure the watch did its job without a hitch by outfitting it with the Omega Co-Axial Master Chronometer Calibre 8807, a movement certified at the highest standards of precision, chronometric performance and magnetic resistance. You’ll spy this mechanical wonder through the laser-engraved, platinum-filled Bond family coat-of-arms at the sapphire crystal caseback.

You might also like…
Gear
Aston Martin announces two new limited-edition models inspired by James Bond
Style
How to dress like James Bond, the world’s most fashionable spy

This numbered watch will no doubt be a collector’s dream but it’ll set you back a bit more than the steel’s near-S$8,900 price tag at S$72,000. In true Bond fashion, expect to receive this in its very own Globe-Trotter suitcase (how British), bound by NATO-inspired straps for good measure.