Light as a feather, but stronger than steel — carbon fibre, once a heavily-favoured composite in aerospace and performance vehicle industries, has made its way to everyday products. This includes everything from tennis racquets to furniture, and now, watches. Thanks to its exceptional weight-to-strength ratio (the highest, actually), carbon fibre has made many things look cooler and feel lighter. Seems like a win-win situation to us. 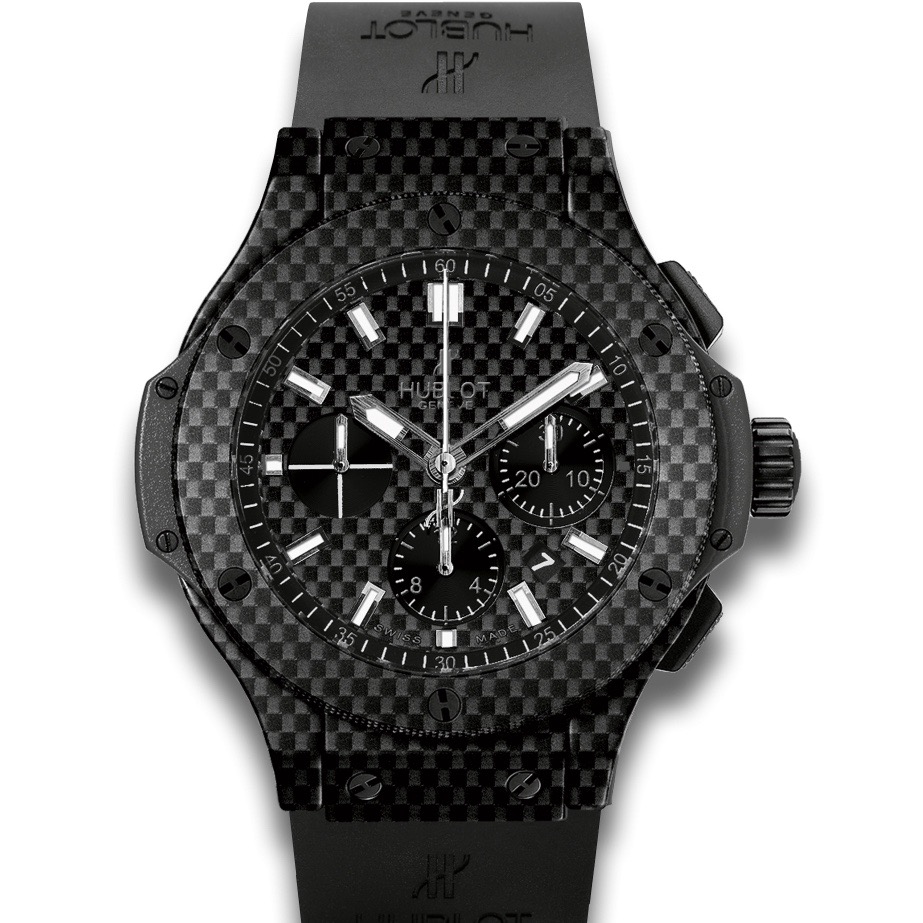 Hublot is one of the few watch manufacturers that can manufacture both case and movement components from carbon fibre composites, due to the fact that they both require vastly different manufacturing equipment and processes. The storied Swiss luxury watchmaker uses a unique carbon fibre-reinforced polymer, which is essentially folded woven fibres that are shaped and injected with a binding polymer matrix such as epoxy resin. Nested behind the flawless 44mm micro-blasted case is its Unico movement, all 257 components of it hand-assembled in-house. 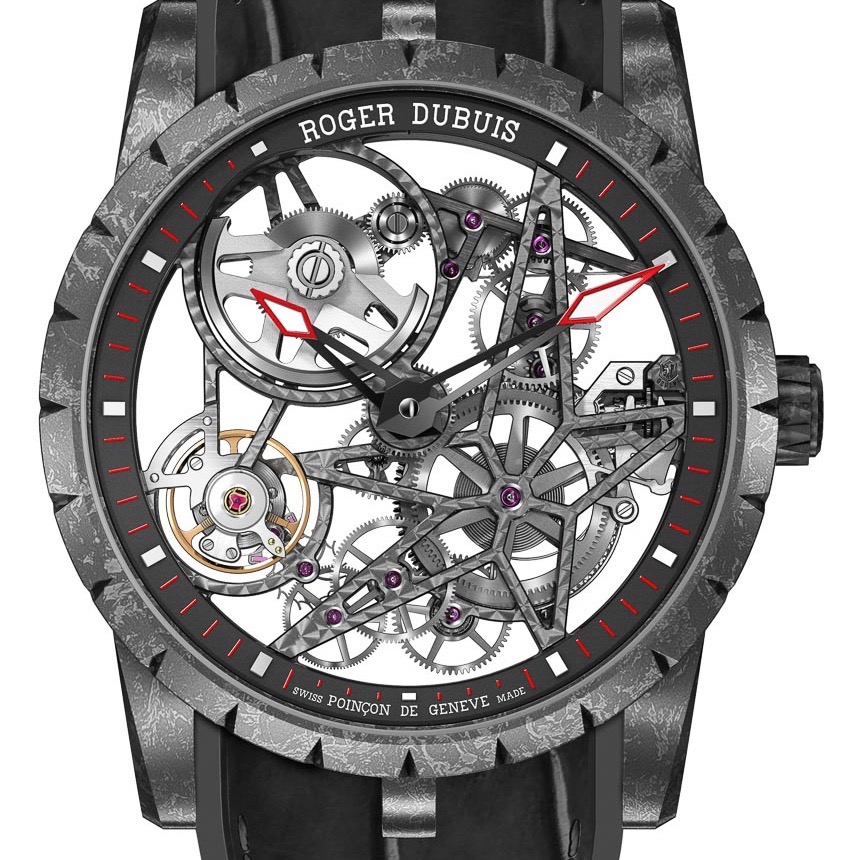 If you liked Roger Dubuis’ Excalibur Automatic 42 Skeleton watch, you’ll love its new carbon-cased version. As its sportier cousin, this watch is the first from the brand to have a carbon case and it seems like the Swiss brand has nailed it. The timepiece sits lighter on the wrist than its metal-cased namesake and is a design feat, thanks to the complexity of the Excalibur case. Showcased proudly within is the 167-part in-house Roger Dubuis caliber RD820SQ automatic movement. First used as a non-skeletonised RD820 since 2005, the movement looks even better in its skeletonised form with its dark finishing. As with every Roger Dubuis timepiece, you can expect the coveted Seal of Geneva mark on the movement, a mark of excellence that should come with its US$63,100 (S$89,800) price tag. 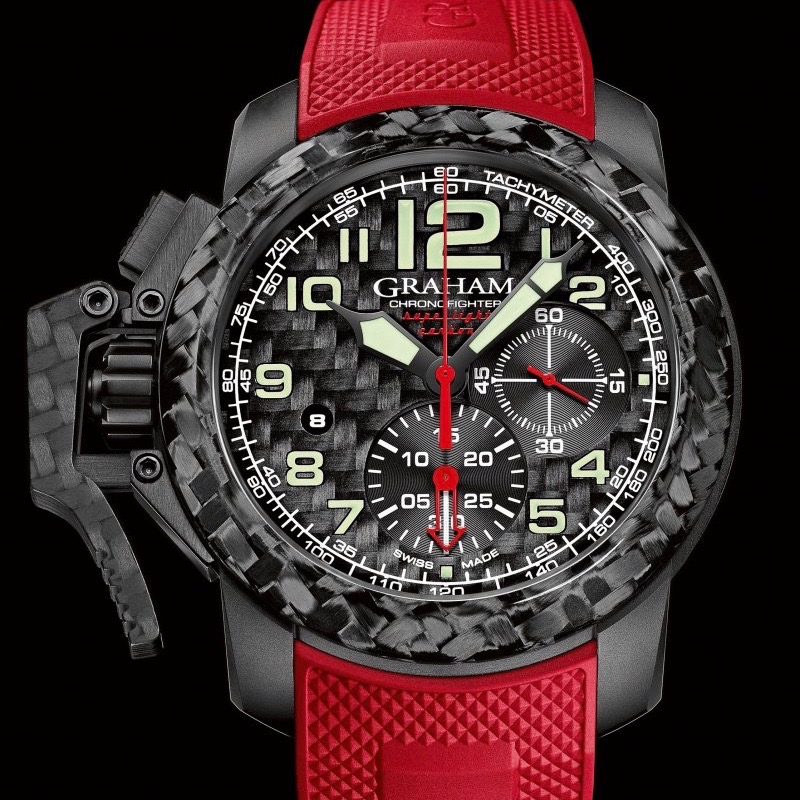 The watch geeks at Graham are always finding ways to make your horological experience a very fancy one, which is why they’ve come up with this new limited edition 47mm-cased watch that weighs in at less than a feathery 100g. Specially fashioned from special carbon fibre composite, the watch sees the exotic flourishes we’ve all come to expect from Graham, such as a carbon fibre trigger switch that is placed on the ‘wrong side’ of the case (a Graham signature). Beneath all this carbon fibre lies its calibre G1747, a relatively standard movement of Graham’s. Given Graham’s penchant for exclusivity, only 50 pieces of this watch will be produced, each burning a US$11,500 (S$16,400) hole in your pocket. Linde Werdelin turned 10 this year, and what better way to celebrate than with a new Spidolite model that uses the 3DTP Carbon technology — the same kind used by the big boys, such as Richard Mille and Audemars Piguet. Hailed a marvel of engineering, 3DTP differs from traditional carbon fibre composites or forged carbon. Thin sheets of carbon are layered, each micro carbon fibre carefully compressed into shape with utmost precision; the R&D for this took two years in itself. Its 44mm case is skeletonised and weighs a mere 3.8g. What’s remarkable is that it also has the strength of steel. The movement sees a darkened highly-skeletonised LW07 movement that creates a stark contrast to the watch’s sprightly yellow strap. This will set you back CHF19,000 (S$26,750). 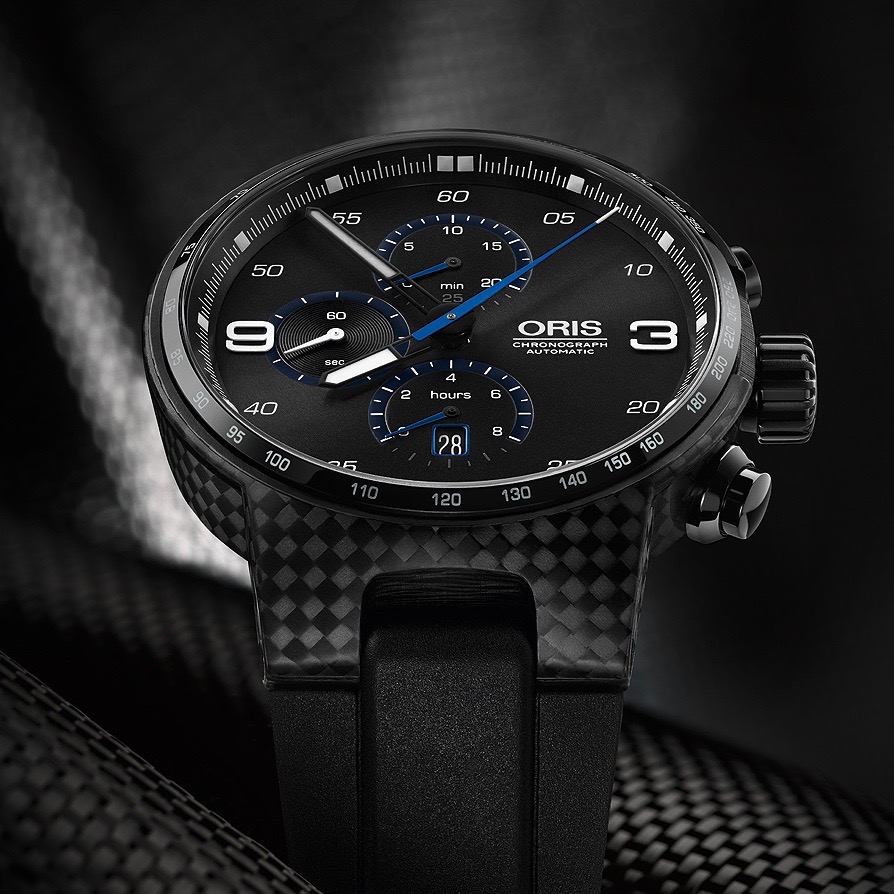 It’s no secret that carbon fibre is big in the Formula One circuit. The lightweight material now makes its way from the racing cars’ monocoques to this collaboration piece between the Swiss luxury watchmaker and Williams Formula One team. Introduced at Baselworld 2016, its carbon fibre case is specially woven via a patented process to achieve maximum rigidity and water resistance without the need for extra metal reinforcements. Sounds familiar? This is the same technology used by the Williams team for their cars. Inside, the Oris Caliber 674 powers the watch, a modified ETA 7750 chronograph movement that works with the brand’s iconic red winding rotor. The hefty 44mm watch also features a racing-style tachymeter scale on the bezel.